Say we’re on a hike together, trying to get up above the tree line to catch the sunset. We pick the path that looks like it’s headed up, and after an hour we come to a small clearing at the top of a rise. From this vantage we can see that we’ve been climbing the wrong hill: There’s another, much more steep and dramatic ridgeline blocking the view to the west, but to get there we’d have to go back down before ascending again. We don’t have time, so we resign ourselves to climbing our modest hill.

This is what’s called path dependency, or technological lock-in. (I use the terms interchangeably.) I bump up against technological lock-in all the time, because I have a Windows phone — and getting just about any common app would mean descending from my current hill to climb mount iPhone or Android.

I’m interested in all this because a lot of the debate over feeding the world is actually a debate over technological lock-in. There may be a much better system for growing food; it’s just too hard and too expensive for us to switch over, since we’ve already built out a big food system, but the countries that haven’t done so yet could get on that alternative path. This is why ostensibly good things, like USAID trying to help poor farmers, get so controversial: People worry that, in giving farmers access to modern technology, we are locking them in.

So: Are we climbing the wrong hill? It seems to me that there are 4 possible (main) answers.

There is frustratingly little research on path dependency in agriculture (at least that I’ve been able to find — if you know of a historian or economist looking at this in depth, I’d love to hear). It’s hard to study this because the real world isn’t like my hike-up-a-hill metaphor. You usually can’t point to the next mountain over and see that it’s obviously higher. Instead, you have to make a comparison between the world we have and a hypothetical. It is possible, however, to find case studies on places where alternatives have succeeded.

The most compelling case for technological lock-in has to do with the use of chemical insect control versus the use of other insects, like predatory ladybugs. Back in 1996 Robin Cowan and Philip Gunby published a paper in The Economic Journal about path dependency in insect control. They report several case studies, including the following story of the citrus industry in Israel.

In the 1940s and 1950s, Israel’s citrus growers successfully managed pests by introducing their parasites and predators. Alongside these biological controls, the farmers used only “small and targeted amounts of highly selective insecticides. This actually led to better control of some pests since the populations of their natural enemies increased.”

Then, in the 1960s, several new invasive insects appeared in Israel, and, at the same time, insecticide drift from nearby cotton farmers began killing the beneficial insects. Citrus farmers started spraying insecticides — and at that point, they were locked in. As long as they were regularly spraying, they couldn’t rely on predatory insects.

Israel overcame this lock-in with regulations prohibiting “aerial spraying of non-selective pesticides within 200 meters of a citrus grove,” Cowan and Gunby wrote. The industry found new parasites, and a pheromone trap, along with a machine for washing bugs off the fruit. The government helped by providing training for farmers. All this added up to the cost of switching paths. Because the government was willing to shoulder much of those costs, and because farmers had previous experience with biological control, the industry in the mid 1970s was able to switch back.

Technological lock-in becomes a problem when two technologies come into direct conflict — when you realize your new stereo can’t play CDs, or that your insecticide is killing off all the useful, beneficial insects. But, often, practices aren’t mutually exclusive. For instance, farmers fight pests by rotating the crops they grow, or delaying planting until after the boll weevils emerge and die. These techniques can go hand in had either with agro-chemicals or with biological controls. And even in the case of Israel’s citrus growers, there was no hard line between chemical farming and natural farming. Farmers found it worked best to use pesticide that specifically targeted the bugs eating their crops, and not the others.

There’s obviously lock-in for farmers when they go into debt: Plunk down $5 million for giant hog barns and you’re not going to want to pivot to amaranth farming. There’s path dependency in the market, too: Farmers might fertilize their fields by growing more nitrogen-fixing beans and lentils, but they have trouble selling them.

Another paper describes tomato farmers in Ghana, who found themselves locked into heavy pesticide use. In this case, it was clear that the lock-in was a problem, and not just for the environment, but for the farmers. They were paying lots of money for the pesticides, and there was so much pesticide residue on the tomatoes that it threatened their market. To solve this problem, the government brought in integrated pest management experts, who taught farmers about crop rotation, and how to apply pesticides more judiciously. The authors Hendrik Wolff and Guido Recke concluded: “Policy-makers should form instruments to enable farmers to bear the transient incompatibility costs, which will inevitably result from the change of technology.” Basically: Someone should help me pay for an iPhone.

All this wasn’t an indictment of modern agriculture, just a modest fix for excesses. As I worked my way through the few papers I was able to dig up, I eventually slid toward a fifth answer to my original question. Does agricultural lock-in exist?

I used to ignore small improvements that big farmers were making, because it seemed like these stepwise improvements were just allowing agriculture take us more efficiently down the wrong path. “You can’t just nibble around the edges of industrial agriculture,” I said. But these case studies suggest that nibbling around the edges can shift the center — that it’s possible for agriculture to tinker its way out of technological lock-in.

Or is it? Nibbling around the edges only makes a difference if we nibble on the right edges and push farms in the right direction. That requires good research. A paper by Gaëtan Vanloqueren and Philippe Baret, published in Research Policy, argues that the whole system for generating agricultural knowledge is locked in to the wrong path. Agricultural research focuses on reductive techno-fixes, they say, and research on holistic systems-level solutions is locked out.

It’s almost certainly true that most ag research is done with the assumption that the dominant system of farming will remain in place. According to Vanloqueren and Baret, most scientists don’t question the tenets of that system (like monoculture), they just focus on solving its problems. Likewise, as governments have pushed research institutions to produce useful stuff, it’s harder to pay for crazy ideas — the money goes to ideas that are more likely to pay off: the next steps down the current path. As a Wisconsin legislator recently put it, “Of course I want research, but I want to have research done in a way that focuses on growing our economy, not on ancient mating habits of whatever.”

When private companies do their own research they are similarly risk-averse. And companies like to develop products they can sell — it’s hard to sell agronomic techniques. All of this adds up to a lack of funding for agroecological science, Vanloqueren and Baret write. That is, the people who seek to study farming as a complex ecological system are effectively locked out.

But here’s the question: Are we failing to produce science that would allow us to farm in harmony with nature because we aren’t investing enough money in that approach — or because it’s spectacularly hard? Is this a field of study like fusion, where the goal of leaving the old paradigm behind may not be achievable? We already have organic and conventional agriculture that works; do we keep refining those with an aim to ending poverty and improve the environment? Or do need a lot more research toward a fundamentally different approach? Evolution or revolution?

There are a couple things that bug me about the Vanloqueren and Baret paper. First, they frame the whole issue as a contest between genetic engineering and agroecology — which is ridiculous. GE is a small part of a larger system, while agroecology is a system. That’s like comparing the speed of a spark plug and a lion. Better to compare a Jeep to a lion, or conventional ag to agroecology.

In framing the conflict this way, the authors say that genetic engineering is characterized by reductionism, while agroecology is characterized by holism and systems thinking. Okay, sure. I’m all for taking off the reductive blinders and looking at the big picture. But I’ve also come to accept that reduction is a powerful scientific tool, one that allows us to answer questions clearly. Good systems thinking works best when supported by a foundation of reductive science. The most interesting scientists I’ve met are the ones who can move easily back and forth between precise research on the mechanism and a big-picture understanding of context and interconnectedness. This is the model of Leonardo da Vinci — the guy who dissected corpses, isolating the parts to make detailed observations, until he had a feeling for the entire body, and could paint it better than ever before. 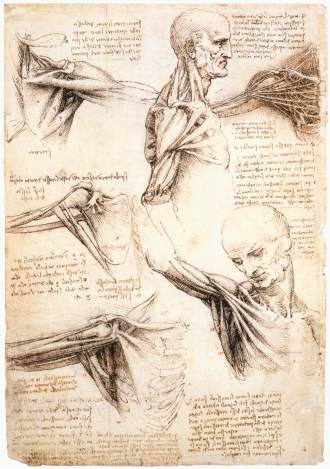 When people start talking about holistic solutions without the support of scientific data, it’s hard to tell if they are geniuses or frauds. To convince government grantmakers, or journalists, or farmers in the developing world, you’ve got to have evidence that you’re not just making things up.

For farmers in poorer countries, it’s especially important to have good evidence. It’s hard to ask people to take a risk on something unproven if their ability to feed their children is at stake, and the tools of conventional agriculture look like tested winners.

It’s interesting to note that when the farmers can make money by switching paths, they often overcome lock-in. In the U.S., the vast majority of farmers practices integrated pest management — at least at the most basic levels. They scout for bugs, rather than just spraying on schedule, and they do the math to figure out if it will cost more to spray or take the crop loss. Practices that benefit people downstream, but cost the farmer up front, are harder to get into place.

Instead of telling farmers which tools they should and shouldn’t use, it might be more productive to change the definition of success. The biggest path dependency of all is the one that limits farmers to only getting paid more when they produce more. Ideally, farms would serve multiple uses: refuges for wildlife, sponges for soaking up water and rechagring aquifers, places of beauty, and, oh yeah, producers of food. If farmers were just as motivated to create beauty and habitat as they are to produce food, this issue of technological lock-in might be moot.

To be sure, figuring out how to make that work is a tough challenge — one that I’ll have to look at some other time.