Hello humans, I'd like to tell you about plant blood 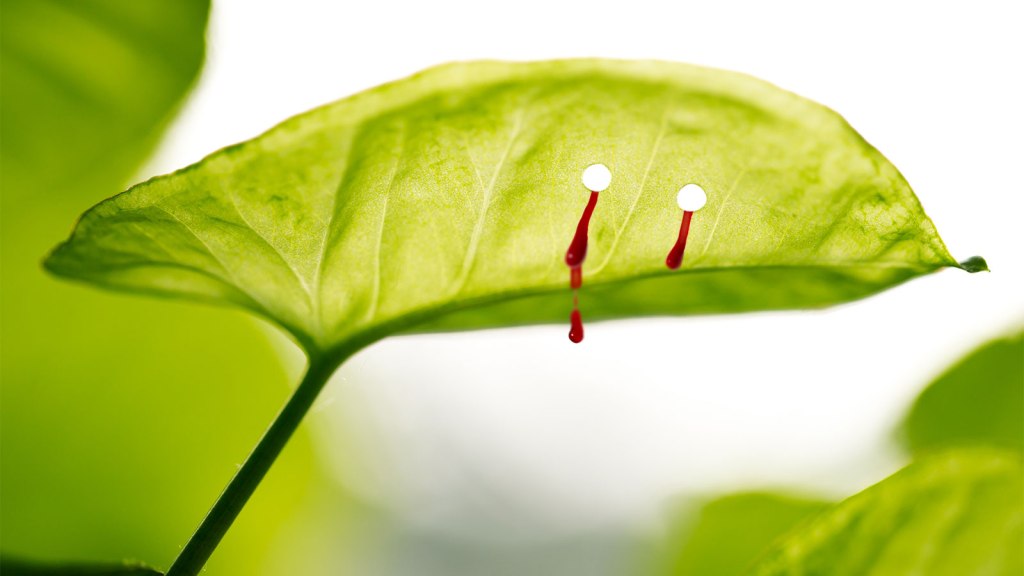 Hello humans, I’d like to tell you about plant blood

I, for one, am really excited about plant blood.

Patrick Brown, a biologist and doctor working with the startup Impossible Foods, has found a way to make plants bleed. Then he drains these precious fluids (presumably during the eclipse of the blood moon, in an underground laboratory) and puts them into hamburgers.

I think it’s even better drunk straight from the ancestral chalice.

I know what you are thinking: C’mon, vampires won’t settle for plant blood. But that’s just your ignorance speaking.

Most people don’t understand my kind. They demonize us. Okay, sure, there was that one sect in Eastern Europe that feasted on the blood of humans. But condemning us all on that basis is like learning about the Lord’s Resistance Army and then saying that all Christians are terrorists.

The fact is that vampires are just like you: We get our blood from farm animals these days — big barrels direct from slaughterhouses, or nice brown-glass growlers from artisan ranchers. And many of us have concerns about animal welfare. We’d prefer not to kill sentient creatures if we didn’t have to. We have real concerns about the impact of livestock farming on the environment. Running cows on grassland, if you do it right, can actually sequester more greenhouse gases than it produces — but if the Chinese are going to start eating as much meat as Americans, we’re not going to satisfy all that demand with grass-fed beef.

That’s why the idea of a good blood substitute excites me. But vampires can’t do this alone. The blood we drink now is a byproduct of your meat diet. So you’ve got to embrace this stuff too if it’s going to work. According to the Wall Street Journal, Brown’s product does taste remarkably meaty, but not quite like the real thing:

With or without all the accouterments, the burger doesn’t quite hit the mark. I tend to prefer exceptionally juicy gourmet ones, similar to those served by New York’s Corner Bistro or chef Danny Meyer’s Shake Shack. The texture is also slightly lighter, perhaps even fluffier, than a typical burger and it tastes less bloody. But the bites still have the consistency of animal tissue. It isn’t overly spongy like tofu. Instead, the meat granules cling together, as one would expect in a burger.

Brown (whose work is rumored to be backed by the mysterious VC fund, Bunnicula Ventures) is excited about his product. But I’m not sure this is the thing that’s going to convince you puny humans that fake meat is better than the real thing. Still, these innovations keep coming, and sooner or later, plant meat is going to be indistinguishable from animal meat. The real question remains: Can your kind transcend your barbaric attachment to flesh?