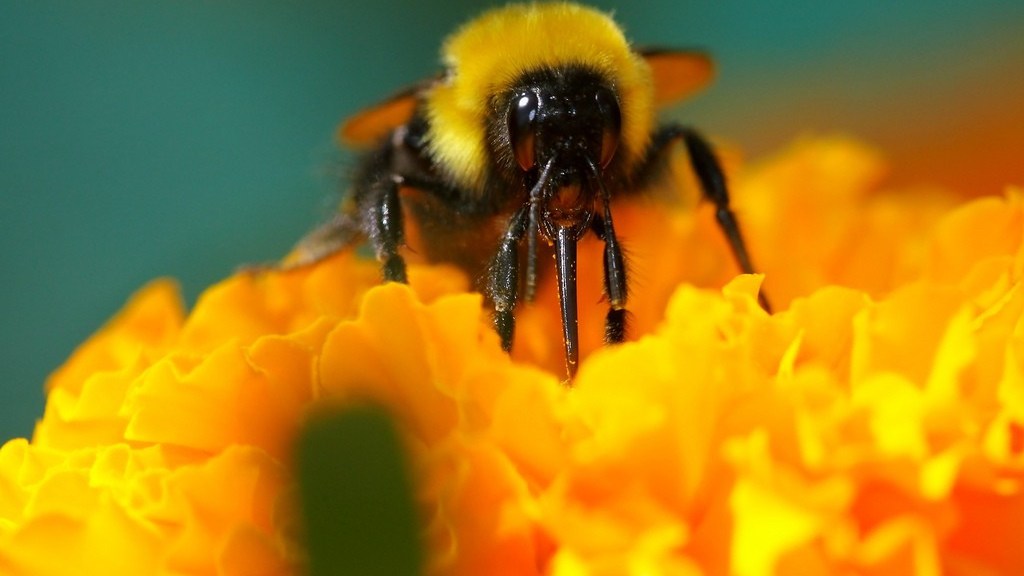 I hear all the time that bees are vanishing — but are they really? The apocalyptic tenor of the rhetoric just isn’t appropriate for talking about honeybees (as I argued here). Beekeepers now have to replace hives every year in North America and Europe; but despite that struggle, domestic honeybee populations are strong (as I showed here). But what about wild bees and other pollinators?

There’s a lot of evidence that the number wild pollinators is declining in the U.S. and Europe, said Scott Hoffman Black, executive director of the Xerces Society, a nonprofit that advocates for invertebrates. (There’s a lot less information about pollinator populations in the developing world.) The species that have vanished are rare ones — isolated and low in population — but there’s also a widespread reduction in numbers.

“A few years back we started seeing something different,” Black said. “Real declines in common species.”

The number of monarch butterflies has plummeted, and the western bumblebee, once a common species in the northwest, has retreated from the coast and is now found only between the Cascades and the Rocky Mountains.

Still, it’s not like there’s something out there bent on wiping out pollinators specifically. Bees aren’t the only struggling category of wildlife; this is a hard time to be any kind of wild critter. Freshwater species probably have it the worst, Black told me, there are lots of clams, stoneflies, and fish with numbers in decline. And there’s really no mystery to it: Humans are transforming large patches of the earth, and the creatures that live in that habitat die. Pesticides are also a problem, Black said, as is the movement of diseases around the world, and — of course — climate change is shifting habitats faster than some species can move.

There’s nothing that can be done about some of this: We don’t know enough most zoonotic diseases to be able to catch them at airport security, and climate change would continue heating things up for decades even if every carbon-emitting human disappeared today. We can, however, do something about habitat and pesticides — but what, exactly? Should we have less intensive corn production, with more milkweed growing between the rows? Or should we focus on growing food efficiently on farms and restoring habitat elsewhere?

“I just don’t think it’s realistic to tell farmers to grow more weeds in their fields,” Black told me. “What we really need is more habitat, and high quality habitat, that is pesticide free.”

Black would like it if farmers simply stopped using pesticides and everybody had enough money to buy insecticide-free food. But he’s also a realist — he knows that’s not going to happen. And the agricultural community was doing a good job of reducing pesticide use up through the 1990s with integrated pest management, he said. Integrated pest management means that farmers use pesticide surgically, and only when other methods — like maintaining a population of predatory insects — aren’t working.

Then neonicotinoid seed coatings came on the market. And some people thought they would be a huge boon for reducing pesticide use: You just put a tiny amount of pesticide exactly where it’s needed. The plant takes it in as it grows and cuts down on the amount farmers spray, reducing danger to farmworkers.

All that worked, just as hoped. But there was a problem: The neonic pesticides stuck around in the soil, or washed into creeks. Instead of breaking down quickly, they can persist in their toxic form for as long as two years. And because the neonics generally came as a seed coating, they had to be used prophylactically, not reactively — that is, instead of spraying in reaction to seeing lots of insects, farmers had to commit to buying seeds with neonics before the spring planting. A lot of farmers started using them routinely.

This is why there’s a real concern with neonics: They last so long, are used so widely, and affect such a wide variety of species, that many ecologists and environmental advocates now think that, even though they have reduced the use of sprayed pesticide, they have overall done more harm than good.

So what’s to be done?

There’s a lot that can be done. In California there’s an organization working with farmers to create bee habitat — among other things, it provides farmers with pollinator-friendly seed mixtures for cover crops and hedgerows. Even when they are trucking in domestic honeybees, fruit and nut farmers still rely heavily on wild pollinators — so they have an incentive to make improvements. As Manu Sanders pointed out previously in Grist, if you want bees, you have to provide food and lodging.

Dave Hunter, of Crown Bees, told me he tries to get orchard farmers to let the dandelions and clover grow under their trees. This greenery sucks up more water, but Hunter thinks the extra bees can improve yields enough to justify that water use. Hunter’s company provides leafcutter and mason bees — and anyone with a backyard can help propagate them by setting up a bee house. You can also plant pollinator habitat (though make sure you aren’t buying nursery flowers treated with neonics).

“The neat thing about pollinators,” Black told me, “is that anybody can take action.” We can all create, or restore, habitat. That’s habitat and food for bees, but also for moths, butterflies, birds, bats, flies, and beetles — all important pollinators. The city of Oslo has taken the extraordinary step of coordinating these bits of habitat into a “bee highway” across the city.

And finally, it makes a lot of sense to reduce the routine use of environmentally persistent pesticides. Systemic pesticides would be more attractive if scientists could find ways to formulate them so they don’t persist in the environment. In the meantime, I’d like to see a program — perhaps insurance, as I suggested in this piece — that would motivate farmers to try life without neonics.

Let’s do that experiment, and watch carefully to see what happens. Do farmers lose crops? Do they spray more? Who wins and who loses among wildlife, farmers, and eaters? If we can quantify those pluses and minuses, we can make sure that our solution isn’t worse than our problem.