In the south of Mexico City, about 100 miles of murky canals wind their way through the Xochimilco neighborhood. Here, the urban sprawl of one of the world’s densest cities yields to a lake region where indigenous farmers have been cultivating a unique system of floating gardens since precolonial times. Called chinampas, these floating gardens were built by the Aztecs to feed a growing population.

Xochimilco became one of the city’s main sources of food, but rapid urbanization in the 1900s meant less land available for farming. In 1985, when an earthquake struck Mexico City, many chinampas were abandoned as people who had lost their homes built shanty towns. Today, only an estimated 20 percent of the approximately 5,000 acres of chinampas are in use, and only 3 percent are used for farming.

But since the COVID-19 pandemic hit Mexico, interrupting the industrial food supply in important ways, small farmers have increased production and rehabilitated abandoned chinampas to fill the demand for fresh, local food. 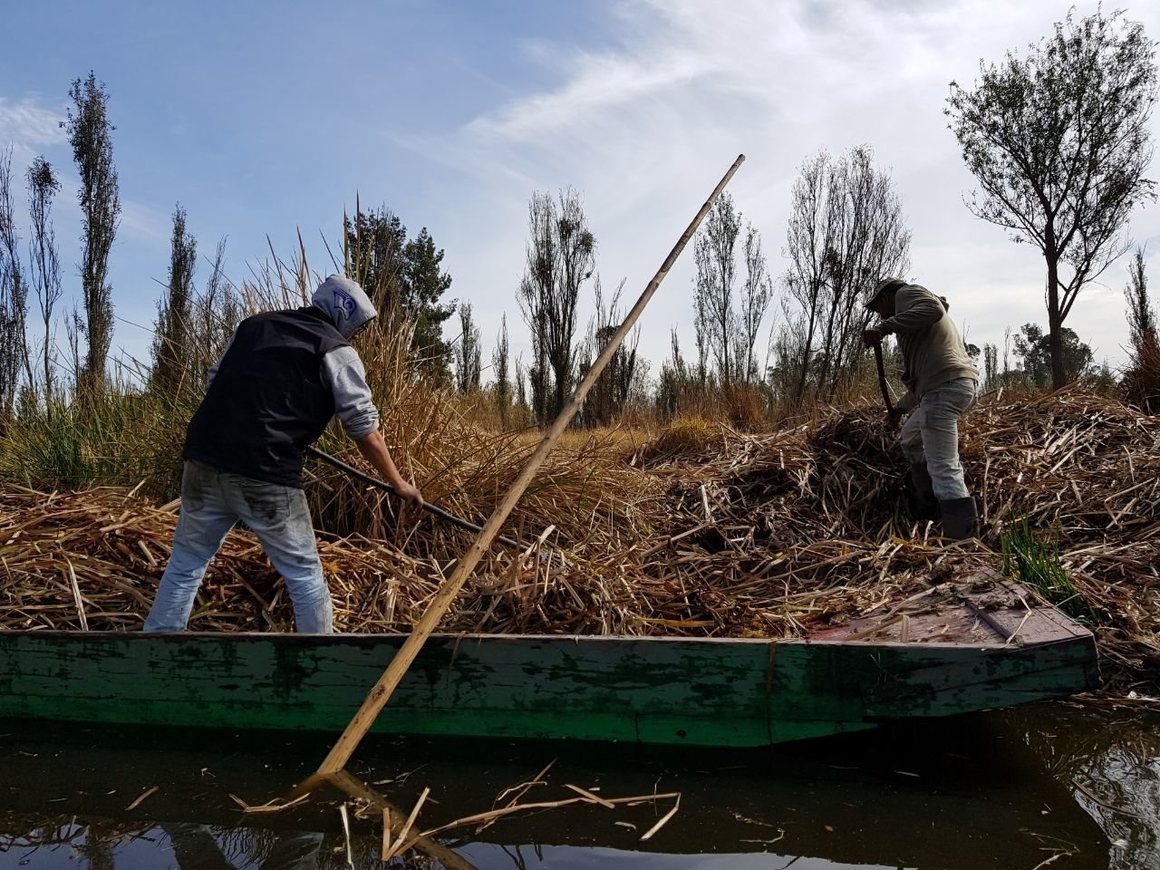 “We’re talking about something that’s 1,000 years old. We have to preserve this,” says Raúl Mondragón on a Zoom call from his home in Mexico City. Mondragón has been recuperating chinampas since 2016, when he founded Colectivo Ahuejote. Now the virus is revealing the strength of this model in the midst of a crisis.

The revival of chinampa farming is due, in part, to pandemic-related problems at Mexico City’s main market, La Central de Abastos, the largest of its kind in Latin America. Some warehouses have closed, truck traffic has been limited, and people have been getting sick with the virus. The supply chain of producers from around the country has also had to contend with road closures that limited deliveries to the capital and raised prices. 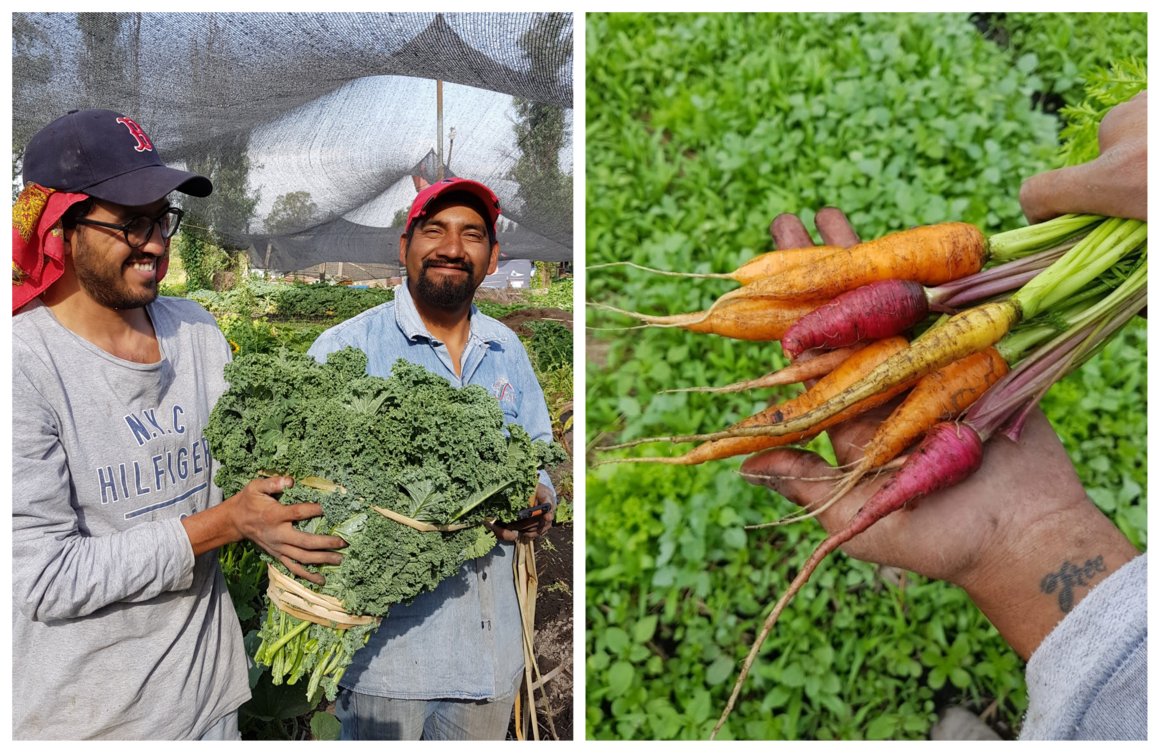 Mondragón and Capultitla taking in a harvest of kale (left) and a chinampero farmer holding a colorful array of carrots (right). Courtesy of Colectivo Ahuejote

While the market is an enclosed and often crowded environment, small farmers can deliver their crops to the consumer directly, using a model similar to Community Supported Agriculture. At a time when people are worried about the risk of shopping at a crowded market or grocery store, buying directly from a chinampero at an outdoor pickup point in their neighborhood is one way of limiting exposure.

Quarantine has also given many Mexicans more time to cook, Mondragón points out, and they are taking a greater interest in where their food comes from. He cites a friend who now not only knows what a leek is but also how to cook it. His “very capitalistic” sister has started compulsively composting. 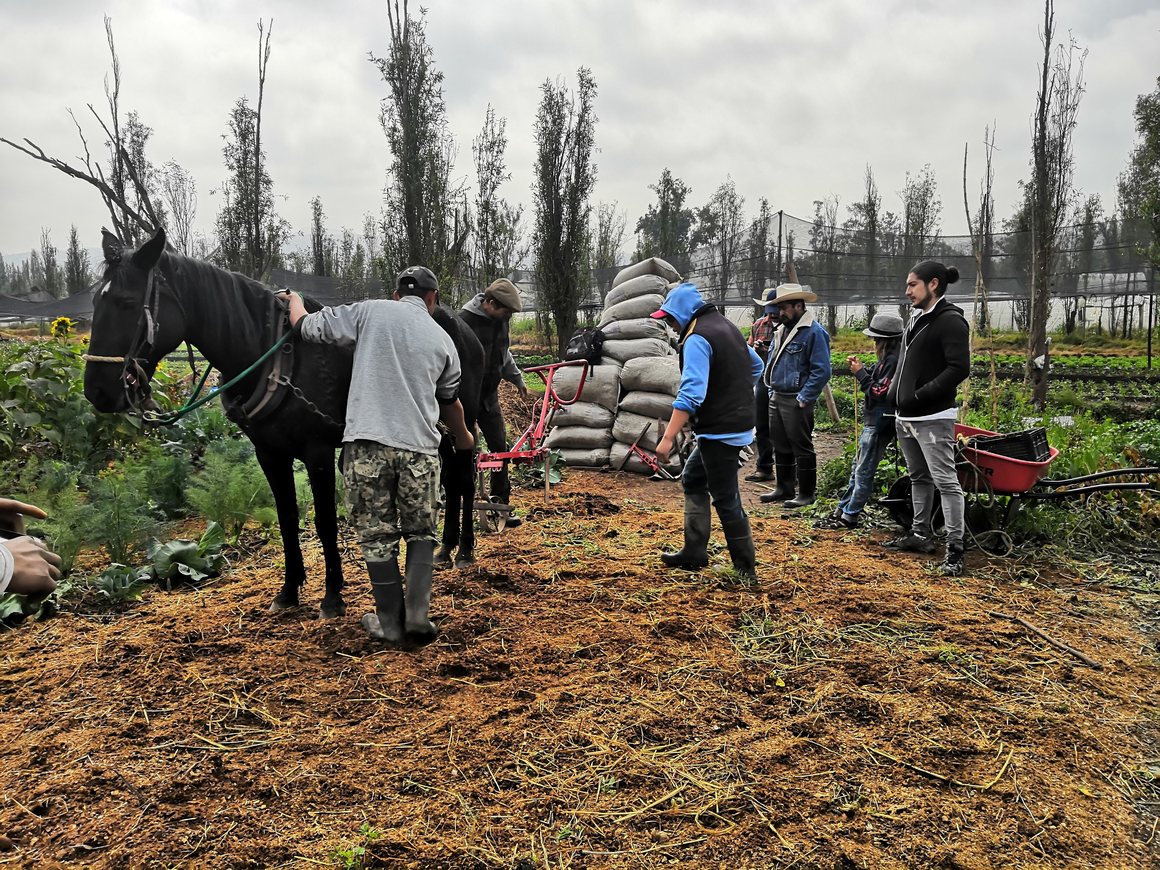 Mondragón grew up in Xochimilco, eating produce from the chinampas that his family bought at a local market. Now he works on the 16,000-square-foot chinampa that Colectivo Ahuejote uses for growing crops, teaching, and experimenting with new techniques. The collective operates as an NGO to develop cooperation among farmers, and they’ve also started a for-profit business to sell produce. Their goal is to rehabilitate abandoned chinampas to promote sustainable agriculture and the country’s agricultural heritage.

The pandemic halted the collective’s workshops and trainings, but the commercial side of the business has been flourishing. Between February and May, small farmers who are part of the collective have increased sales by 100 to 120 percent, according to Mondragón. Networks that have been years in the making are now becoming a bigger part of the city’s food supply. 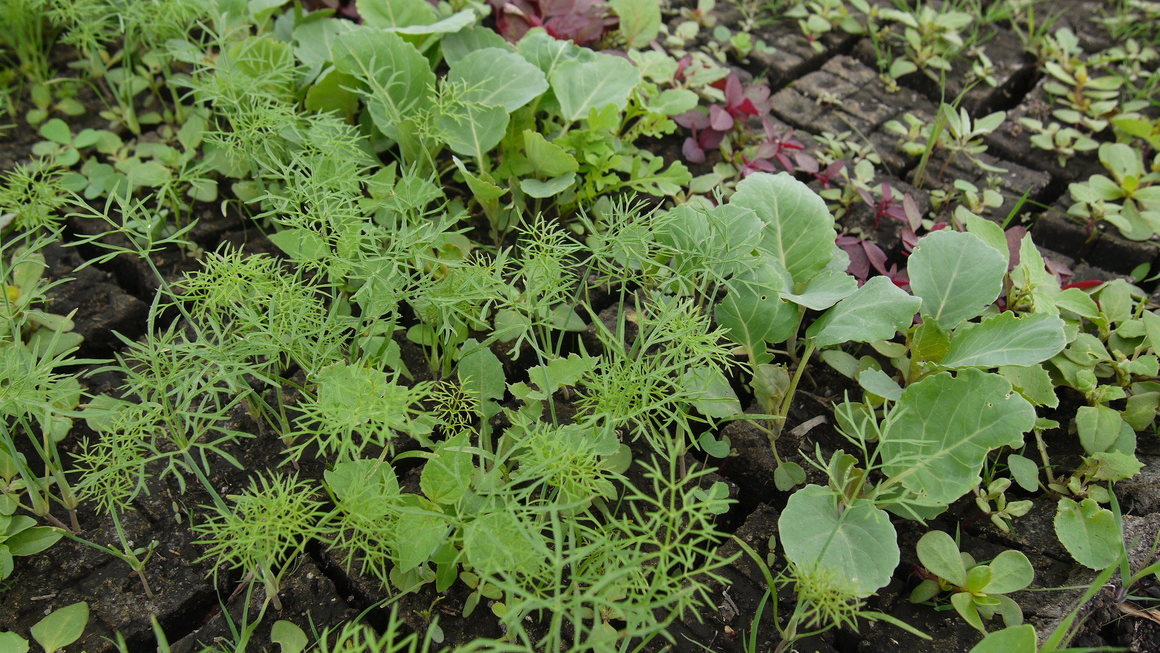 Fennel, broccoli, and quelites (native greens to Mexico that often grow wild) growing in a chinampa. Courtesy of Colectivo Ahuejote

This is a welcome change for farmers who have other jobs to support themselves. Chinampero Pedro Capultitla used to have two or three extra jobs, but he was able to quit one recently to spend more time farming.

The word chinampa comes from the Nahuatl chinámitl, meaning a hedge or fence made out of reeds. Mud from the bottom of the canal as well as lake vegetation are piled into this fencing until they reach the surface, creating a fertile and well-irrigated place for crops to grow. These favorable conditions make the chinampas one of the most productive types of agriculture in the world, enabling as many as seven harvests per year. A variety of produce flourishes here: greens, herbs, flowers, fruits, and milpa — a combination of corn, beans, and squash also grown by Native American farmers in the United States, who call this collection the three sisters.

Chinampero Pedro Méndez Rosas has been farming his whole life, and in that time, he’s seen generations of farmers leave to find work in the city. “They go in search of more money, or a more elegant life,” he says on a phone call after a day spent mostly harvesting squash. “But I’ve always preferred to be in the field.” 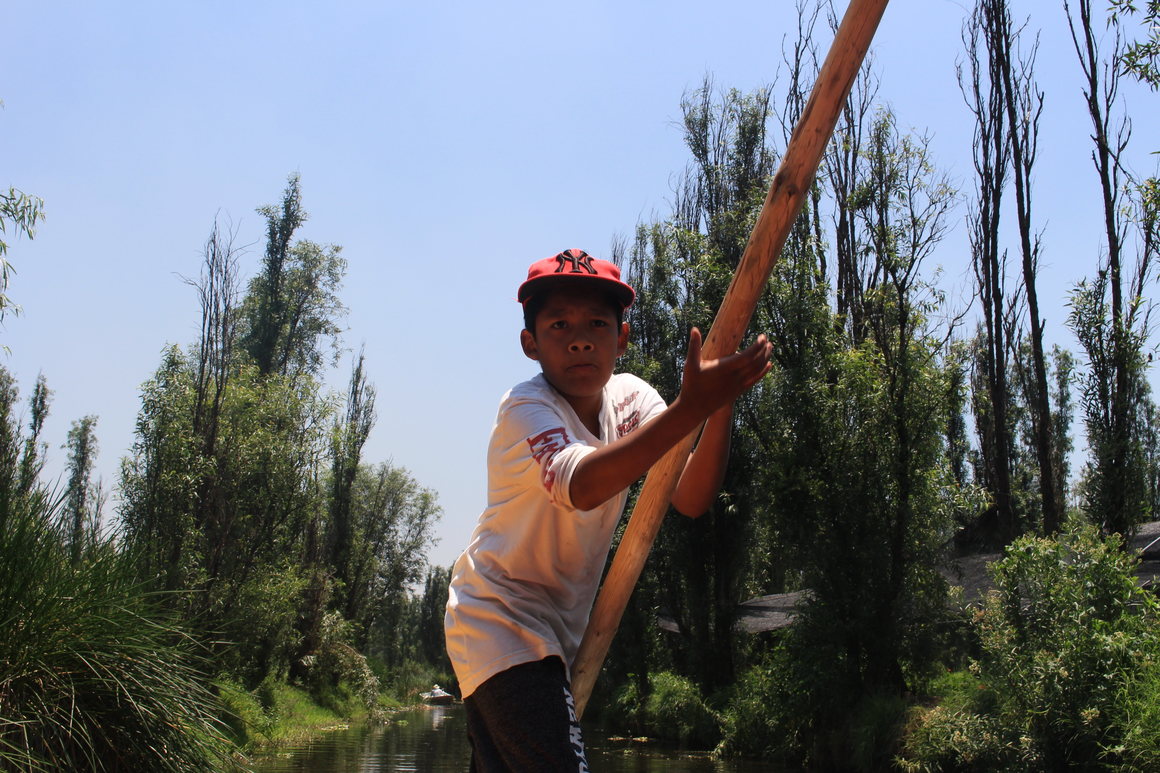 Pedro Capultitla’s son, Axel, navigates a trajinera on a canal in Xochimilco. Axel is a 6th-generation chinampero. Courtesy of Colectivo Ahuejote

Méndez Rosas farms the same chinampas as his father and grandfather, and he eats the food he grows there, only buying products like grains and meat. He started helping out when he was 5 or 6, and “really working” when he was 13. This October, he’ll turn 50.

Since COVID-19, Méndez Rosas has seen the demand for leafy greens go up. As the orders he normally fills from restaurants and chefs have been put on hold, he is now primarily selling products to individuals and families. The quick changes to business can be challenging, but Méndez Rosas has never been in it for the money.

“Being a chinampero is a vocation,” Méndez Rosas says. “For me, it’s a way of life. It’s a way of hanging onto our traditions and our culture.”

These floating gardens have been feeding the city for a millennium, in times of sickness and in times of health, and this pandemic has made it clear that they are poised to keep sustaining the city in the future. Traditions continue quietly; a seed buried in fertile ground, small certainties against the future. For his part, Pedro Méndez Rosas prepares, again, to plant.