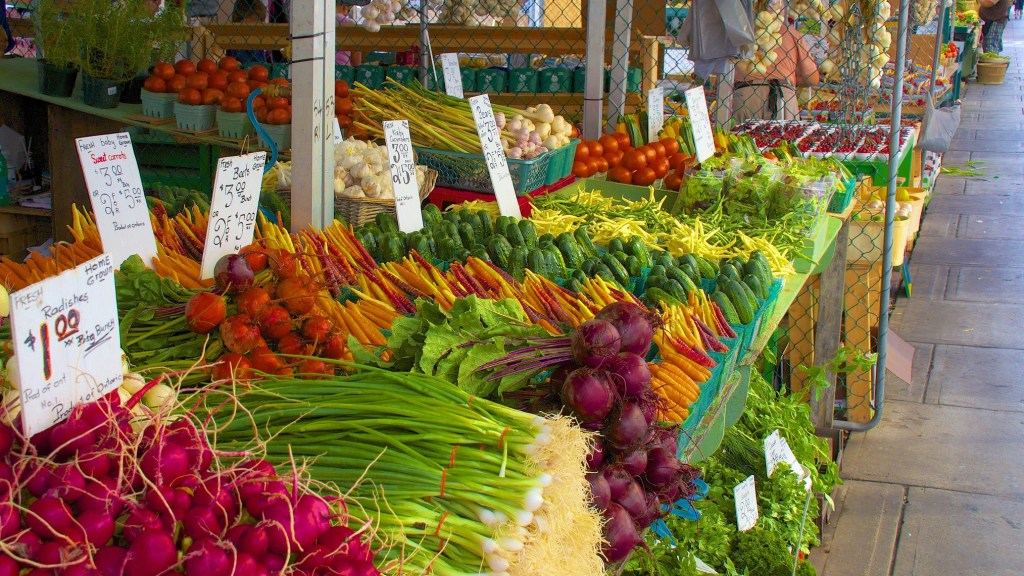 A new paper on nutrition in organic foods just came out. It’s a meta-analysis — which means, instead of doing any new measurement or experimentation, it’s simply combining the findings of past studies. According to the report, there are more antioxidants and carbohydrates in organic food, but less protein, pesticide residue, and less cadmium.

So what does all this mean in terms of health?

“Most people in Europe and North America are consuming adequate levels of protein, or even too much,” pointed out Charles Benbrook, one of the co-authors on the study. And the controversy rages over whether it’s good or bad to have more protein or carbs. So this result may be meaningful, but it would mean totally different things to different people.

The “antioxidant” category contains tons of different chemicals, and it’s pretty unclear what effect any of them has on health. There was one very good nutrition study that suggested that beta-carotene (one antioxidant) might have a modest effect in slowing cognitive decline. Maybe. On the other hand, there are studies suggesting that some antioxidants (including beta-carotene) increase cancer rates. This is a good summary of what we know so far.

Basically, there’s a whole suite of mysterious compounds in plants, and we don’t know what they do to us. It does make some intuitive sense to me that humans might benefit from some of these chemicals, since evolution shapes everything to make use of our environment.

The analysis found that conventional foods were four times more likely to have pesticide residues than organic. However, as the authors put it, “the data available did not allow scientiﬁcally robust comparisons of the concentrations of pesticides.” That is, we don’t know if those pesticide residues were in quantities large enough to actually hurt anyone. A different study, by the European Food Safety Authority, had found that a little under 3 percent of the food it tested had pesticide residues that were higher than the maximum levels it had set for health safety. EFSA said there was only a risk if someone happened to gobble down lots of the particular food with residues. If you want to avoid pesticides like organophosphates, and keep farmworkers from being exposed at much higher concentrations, eating organic is an effective way to do that.

Organic foods had 48 percent less cadmium, on average. Cadmium is really bad news if you get too much of it. However, in all cases we are talking about very low levels of cadmium, and percentages are famously misleading when you are dealing with small amounts. For instance, you are 68 percent more likely to die if you drive rather than fly — but in both cases, the likelihood is so low that most people don’t worry about it (1.3 deaths per hundred million miles traveled by air, versus 1.9 deaths per 100 million miles driven). The EPA has this to say: “Exposure to cadmium through food is typical for most people but is not a major health concern. This is because the cadmium present in the body from our diet is about 0.0004 mg/kg/day. This figure is about ten times lower than the level of cadmium that causes kidney damage from eating contaminated food.”

We don’t have the actual values from this study to know if we are getting anywhere near the danger zone, Benbrook said. The people at greatest risk are those who are also exposed to cadmium through cigarette smoke or industrial pollution.

What does all this mean?

Dr. Nestle said she buys organic foods, because she believes they are better for the environment and wants to avoid pesticides. “If they are also more nutritious, that’s a bonus,” she said. “How significant a bonus? Hard to say.”

She continued: “There is no reason to think that organic foods would be less nutritious than conventional industrial crops. Some studies in the past have found them to have more of some nutrients. Other studies have not. This one looked at more studies and has better statistics.”

There are other scientists who disagreed with Nestle’s point on better statistics. Those critics can run their own analysis: The researchers say they will provide open access to the database they built so that others can tweak the model and add new studies as they come along.

Correction: This story originally linked to some bad data suggesting that flying is more dangerous than driving. Grist regrets the error and has sentenced the writer to calculating percentages for the duration of his next trip, whether by car or air.