Just how big can bug-ranching grow? 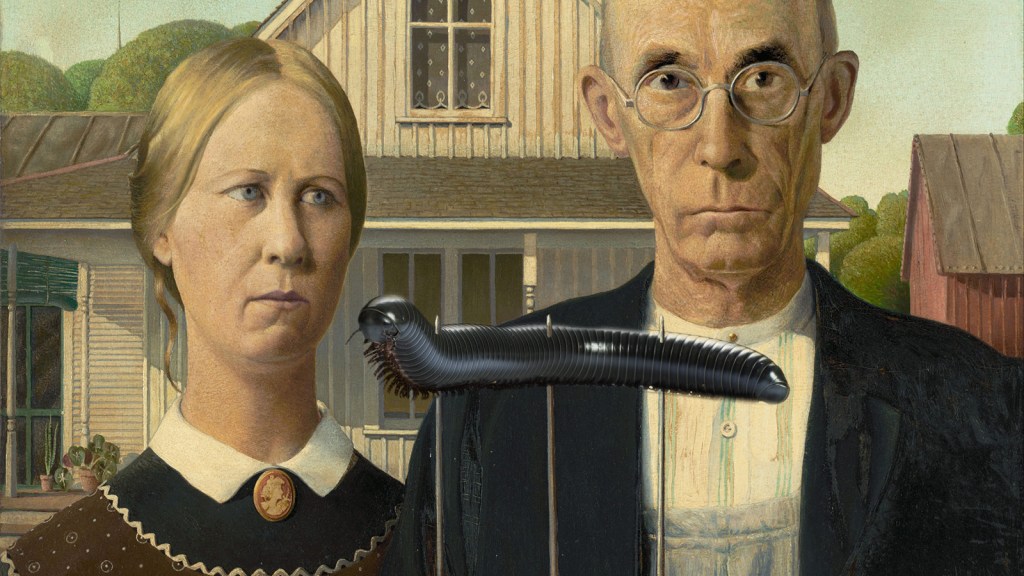 Just how big can bug-ranching grow?

Previously: Why do we turn up our noses at eating bugs?

A few years ago, I got invited to a bug-eating party by a friend. It was pretty classy. There was booze, and a bluegrass band playing, and it was easy enough not to think about how I had gotten there early enough to see a huddle of interns on loan from a local science museum sorting through the pet food containers that the evening’s insects had arrived in, separating out the rotting corpses of the critters that had died too early to be dinner. By the end of the evening, even the interns, who had been too grossed out from the insect-sorting earlier, were hitting the larvae tacos.

It was far from the last insect-eating event that I, or my friends, would go to. At Grist, we ate bugs in the office. Our food editor fed them to his preschooler.

Reasons for these parties varied. I went to a lavish insect dinner at the Headlands Institute for the Arts hosted by a Mexican-born artist named Monica Martinez, who saw insect cuisine as a locus of cultural pride. In the same way that Diego Rivera rhapsodized over Aztec art, Martinez saw a dish like escamoles — the buttery-tasting ant larvae that is still a popular dish in Mexico — as a link to a culinary tradition that existed long before the Spanish showed up in the 16th century with all their pigs, cattle, goats, sheep, and chickens.

We’re asking the tough questions on meat
Why does meat have to be manly?
Can meat actually be eco-friendly?
A restaurant isn’t “sustainable” if all its entrees contain meat

Most of the time, though, the insect-eating pride was ecological. The theory behind it went something like this: What if those same European cultures who had populated the planet with their damn cattle could be persuaded to diversify with a different livestock? What if that livestock was cold-blooded, so that all the food it ate went into making more of itself, instead of helping maintain its own body temperature?  What if didn’t seem to have all those needs for personal space that made factory farming chickens and cattle feedlots so difficult? What if the U.S. became a bug-eating, bug-farming nation?

This kind of thinking was bolstered by long, impressive reports from large, impressive organizations. In 2006, the U.N.’s Food and Agriculture Organization (FAO) released a report titled “Livestock’s Long Shadow,” which turned out to be the source of a lot of the statistics that I heard thrown around at these parties. Livestock production, for example, accounts for 70 percent of all agricultural land, 30 percent of the land surface of the planet, and 18 percent of greenhouse gas emissions — more than the emissions produced by the transportation sector.

In 2013, the FAO released another report called “Edible Insects: Future Prospects for Food and Feed Security,” which provided a broad survey of insect harvesting and farming practices around the world. At 200 pages, it was kind of like the Whole Earth Catalog for insect-eating enthusiasts:

The FAO had only recently begun to think about insect farming in a serious way. It wasn’t even clear what category it would fall under (after much deliberation, it decided to classify insects as “non-wood forestry products.”) But this kind of insect-eating boosterism wasn’t without precedent in the western world. In 1885, a man named Vincent J. Holt published a pamphlet with the refreshingly direct title of Why Not Eat Insects?

The insect-boosters of today have — with their fancy dinners and their protein bars — positioned insects in western culture as a foodstuff for the well-educated and well-to-do. Part of the reason for this, I am sure, is that insects are expensive: Without the automation or economies of scale that could make raising them more efficient, they are pretty freaking expensive to grow.

Holt, on the other hand, is writing from an era before factory farming and cheap meat. Like many social reformers of the day, he is preoccupied with poor people — and nakedly obsessed with the idea of feeding insects to them:

What a pleasant change from the laborer’s unvarying meal of bread, lard, and bacon, or bread and lard without bacon, or bread without lard or bacon, would be a good dish of fried cockchafers or grasshoppers. “How the poor live!” Badly, I know; but they neglect wholesome foods, from a foolish prejudice which it should be the task of their betters, by their example, to overcome.

Two years ago, I stopped by the experimental insect agriculture lab at Wageningen University in the Netherlands, run by Arnold Van Huis, one of the authors of the U.N. study.  The lab was unexpectedly posh, like a trendy dot-com startup, and the lighting situation was so efficient that Van Huis kept having to stand up during our interview and wave his hands in the air so that the motion-sensitive lights wouldn’t switch off. But in the research area, the crates of crickets and flies were growing in conditions similar to those of cottage-farming operations in countries like Thailand and Vietnam.

Van Huis, like Gene DeFoliart, Florence Dunkel, and other leaders in the field, learned about eating insects from other cultures — often while carrying out fieldwork. “The Kenyans told me, ‘First you send missionaries from the west to tell us not to eat insects,'” said Van Huis. “‘And now you’re telling us to eat them.’”

It may be that the recent insect farming and eating trend — the bug tacos and the cricket protein bars — developed as an unintended consequence of something else that entomologists like Dunkel and Van Huis were trying to do: They wanted to stop NGOs from disrupting insect-eating practices in other countries. In a talk called “How Do U.S. Entomologists Contribute to World Hunger?” Dunkel criticized entomologists for encouraging villages to use insecticides. Those chemicals may boost crop yields for export, but they also reduce the protein children used to obtain by, say, foraging for locusts and roasting them over a fire like little kebabs.

None of this means that North Americans shouldn’t grow insects. But one of the reasons we haven’t grown them in the first place is because our climate is different; crickets may make efficient livestock because they’re cold-blooded, but if we have to heat their buildings to keep them alive, that’s not exactly great for the environment, either. A study published by researchers at UC Davis this spring also called some of the stats about the efficiency of insects as livestock into question, especially if they are fattened up on the same grain that is used to feed conventional livestock.

In Vietnam and Thailand, most insect farms are small family businesses. In North America and Europe, growers are aiming at a larger scale. The larger the insect farm is, though, the greater the impact if a mysterious virus or bacterium or a problem with the heating system takes out your entire crop. “We know a lot about how to kill insects,” said Van Huis, a little sadly. “Not much about how to keep them alive.”

Just a few years ago, people who wanted to get North American-raised insects had to either buy them from growers catering to the pet food trade or raise them themselves. (One of my favorite small-scale insect farmers, a design student named Rosana Yau, stopped raising crickets after the chirping began to drive her roommates insane.) Next Millennium Foods, the Canadian cricket farm that supplies most of the hot new insect-based food startups, is run by a family that spun it off from their reptile feed business.

Van Huis told me that you can make meatballs with up to 50 percent mealworms before people notice that something is different, and he joked about an era when the “Bug Mac” was cheaper than the “Big Mac.” For now, though, a pound of roasted crickets (organic, human-grade) is $50.  A pound of mealworms (not organic, imported from China, meant for chickens) is $30. Meanwhile, grass-fed sirloin sells for about $14 a pound. Until there’s a major price drop, eating insects is going to qualify as serious luxury meat.

Unless there’s some paradigm-shifting innovation, the future of insect farming in North America will consist mostly of feeding insects to creatures other than humans. An insect that can be fattened up on the waste stream of another aspect of farming (manure, food scraps) and fed to a different species is kind of a “feed the rats to the cats and the cats to the rats and get the catskins for free” scheme. Insects could function as a waste disposal mechanism and would theoretically carry a lower risk for disease transmission than some of the other things that livestock are fed to fatten them up, like blood and bone meal.

Enviroflight, a fly ranch in Ohio, has been making a profit since 2013 selling to zoos and pet-food makers — despite a setback last winter, when the polar vortex shorted out its power and killed most of its breeding stock. Even if Enviroflight doesn’t manage to break into the livestock feed business (regulations around it are still being written in the E.U. and the United States), the startup culture around insect farming might be the most lucrative thing of all for its founding members. Glen Courtright, the former Navy Reserve intelligence officer behind Enviroflight, has raised $5 million for the company and produced, among other things, a patent for a breeding chamber for the black soldier fly that Courtright refers to as “the love shack.”

Is the United States going to turn out to be a great nation for insect ranching? No one knows. But there’s only one way to find out, and it looks like we are taking that (crunchy) road.