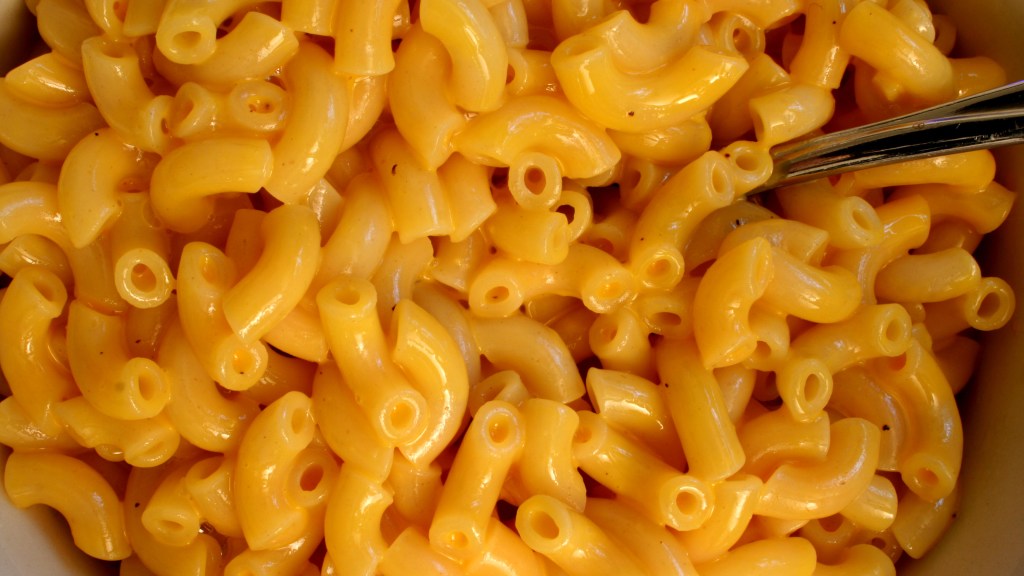 The neon sheen of Kraft’s macaroni and cheese is kind of iconic, but it’s also just as artificial as it looks — the sauce gets its color from Yellow 5 and Yellow 6, dyes that have been banned in some countries due to health effects. Starting early next year, though, the familiar “cheez” color will be a little more muted, achieved with colorful spices like paprika and turmeric. Making food out of food: innovative! (For the hardcore safety-orange fans out there, never fear, Kraft classic will still be there. It’s only* the marketed-to-kids products which will receive this tasty update.)

A Change.org petition calling on Kraft to stop using artificial dye garnered some 350,000 signatures, but the company is maintaining a “not ’cause you told us to, just ’cause we want to” attitude about the change. A spokesperson told NPR that this is part of an overall effort to make Kraft foods more nutritious — reducing artificial additives, increasing whole grains, and controlling fat and sodium content.

But you know, we don’t really give a Day-Glo orange crap why they’re making these positive changes. Whether it’s public pressure or just a change of heart, we recognize that people have a lot of reasons to eat cheap, fast, convenient food sometimes, and we love that it’s getting that much less nutritionally hideous — for the sake of busy moms, low-income grocery shoppers, and stoned college students everywhere.

Correction: We originally suggested that all Kraft Macaroni & Cheese products would be going dye-free in the near future, when in fact only certain lines will be making the switch. Grist regrets the error and has sentenced the author to three boxes of Kraft Original Macaroni & Cheese.