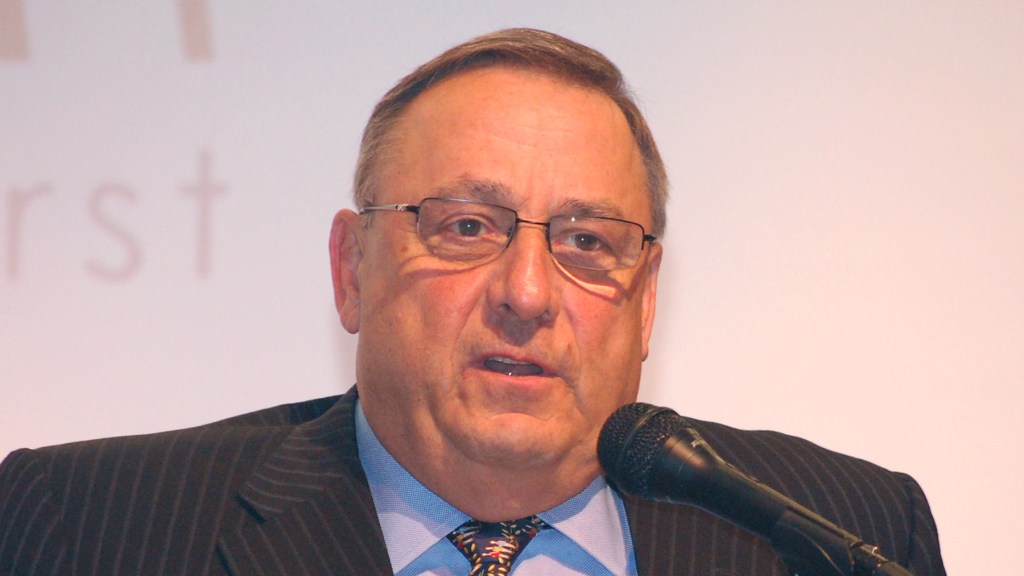 Maine on Thursday became the second state in the nation to require food manufacturers to put labels on products containing genetically modified ingredients — sort of.

any food or seed stock offered for retail sale that is genetically engineered must be accompanied by a conspicuous disclosure that states “Produced with Genetic Engineering.”

The law would also prevent any products containing GMOs from being labeled as “natural.” That should seem obvious, but big food manufacturers are currently pressuring the federal government to allow them to use such labels on genetically modified foods.

But Maine’s new law has a catch, similar to the catch in a GMO-labeling law passed in Connecticut last month. The Maine law won’t take effect until at least five nearby states adopt similar rules. That’s because the states are unwilling to go it alone in the courts against Big Ag and Big Food. The Kennebec Journal reports:

Proponents of the bill said the provision would quell concerns about an almost-certain lawsuit by industry groups and Monsanto, which vowed to challenge the laws in Maine and Connecticut on the basis that they violate the free speech and interstate commerce provisions of the U.S. Constitution.

Maine Attorney General Janet Mills told lawmakers last year that the bill was almost certain to face a legal challenge, and said she could not guarantee that her office could defend its constitutionality.

The Journal reports that the bill “brought together such factions as libertarian Republicans and liberal Democrats, creating strong support.”

It did more than that: It got approval from “America’s craziest governor,” as Politico called LePage this week, “a man who can make even the most hot-headed conservative talk radio hosts seem reasonable.”

We’ll let you decide whether that’s a good or bad omen for the GMO-labeling movement.