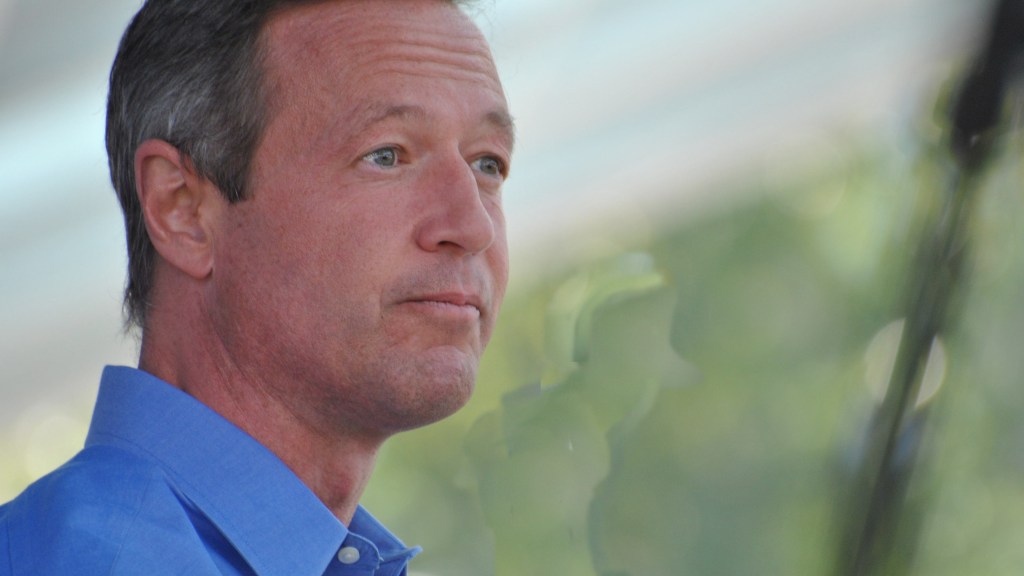 Maryland Gov. Martin O’Malley is a rising Democratic star with presidential ambitions. As you might expect of a Democrat from a solidly blue state, O’Malley is a climate hawk and clean energy supporter. He has even kept frackers at bay, unlike many other Democratic governors.

But there’s a gaping hole in his green cred: He’s beholden to his state’s poultry industry, which sends huge amounts of phosphorous-rich chicken crap out into the Chesapeake Bay, triggering dead zones. As Tom Laskawy reported in Grist in 2012, O’Malley is particularly cozy with officials from chicken giant Perdue.

That explains his threat last week to veto a recently introduced bill that would impose a new tax of 5 cents per chicken on the state’s poultry producers to help fund efforts to protect and clean up the bay.

“I will tell you this — read my lips — if that chicken tax bill passes I will veto it,” O’Malley said Thursday night at a dinner hosted by the Maryland Agriculture Council.

Sen. Richard Madaleno Jr. said he wants to talk with advocates before deciding if he’ll withdraw his bill.

He said somehow the state’s approach to funding Bay cleanup has to change. The chicken tax, he said, would be a user fee, so that those who are causing the problem would have to pay for its cleanup.

“Right now we’re all subsidizing a handful of chicken producers and trying to clean up the waste that is created by chicken farming, and it’s a question of who should pay,” Madaleno said.

O’Malley’s veto threat comes less than six months after he backed away from his own administration’s plans to tighten rules on how much poultry manure could spread be over farm fields.

His chicken-shit approach won’t win over green voters, but it just might appeal to farmers in Iowa.