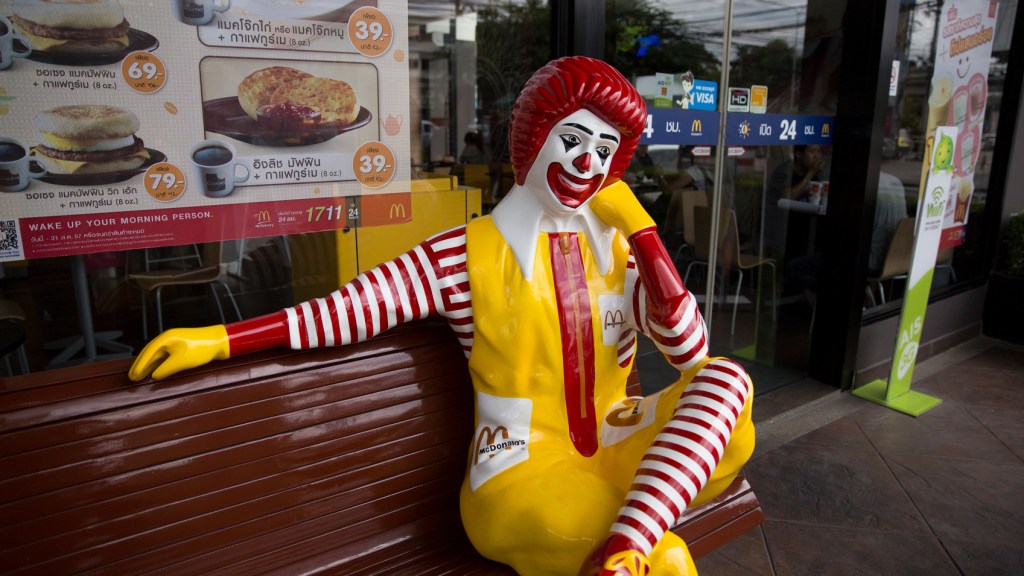 McDonald’s recent attempt to encourage kids to get exercise beyond lifting fries to their mouths is officially as dead as Grimace, the turd-shaped McD’s villain who met an untimely passing after too many milkshakes.

This week, the company started putting fitness trackers in Happy Meals along with the customary 23 grams of fat. The device, a Step-It, is basically a cheap pedometer. It was included on the premise that kids would love watching their step count increase so much that they would start to take more of them — which is a bleak, burgeoning trend in toys for children.

But it would have taken a lot of steps to work off the food it came with: Gizmodo calculated that it takes about four hours of exercise or 24,000 steps to burn off the 840 calories in the average Happy Meal.

And after reports that Step-Its were causing rashes on the little wrists that wore them, the company announced Wednesday that it is discontinuing the prize.

“We have taken this swift and voluntary step after receiving limited reports of potential skin irritations that may be associated with wearing the band,” said a company spokesperson in a statement.

As for the Type II Diabetes that may be associated with eating loads of McDonald’s food? Well, that’s still something to look forward to.