Texas is still gunning for your reproductive rights 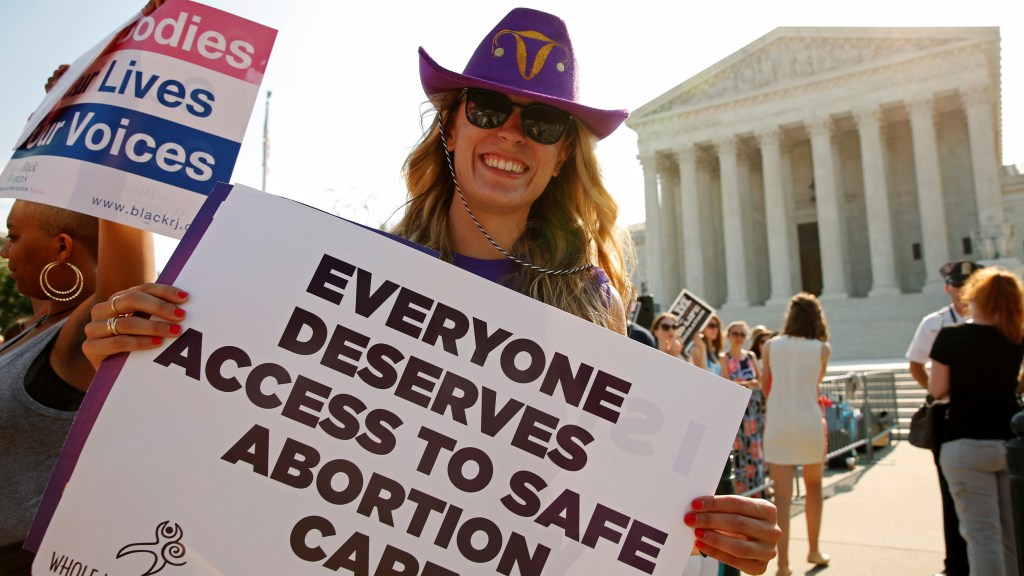 Texas is still gunning for your reproductive rights

One might think that when the U.S. Supreme Court sends a clear message — like, “no, it’s still not at all chill to mess around with a woman’s right to a safe and legal abortion” — state legislatures would take that and run with it. But this is America! And never one to be bossed around, Texas continues to try to flout the June Supreme Court ruling that reaffirmed Roe v. Wade.

As we’ve established before, reproductive rights are a key sustainability issue. Around the world, women are disproportionately threatened by climate change. Ensuring that women are able to decide when, how, and even whether to have children is pretty much the best means of empowering them to face the coming challenges.

And that means keeping a close eye on what’s going on with those rights in Texas, both our third-most populous state and one severely threatened by climate change (being both southern and coastal), where an antiquated-at-best, misogynistic-at-worst mentality still holds sway with way too many legislators.

The Supreme Court ruled in June that Texas’ highly restrictive abortion clinic regulations (known as HB2) were unconstitutional. The rules, which required facilities that provide abortions to meet the same standards as ambulatory surgical centers, would have closed all but eight abortion clinics in the entire state.

The court ruling was a wonderful moment for the pro-choice movement — and, indeed, for women in general. But as we wrote at the time, it only addressed part of the problem. Since 2011, Texas women have had to endure a slew of restrictive legislation surrounding their reproductive rights. June’s ruling, while a promising step in the right direction, may have intensified that flood.

In July, Gov. Greg Abbott published new rules regarding the disposal of fetal remains, dictating that they would have to be cremated or buried to “affirm the value and dignity of all life,” as Texas Monthly reported. The Texas Health and Human Services Commission (HHSC) then awarded a massive contract to an anti-abortion organization as a provider in the state’s already much-weakened Healthy Texas Women program, which is the state’s publicly funded healthcare program for low-income women.

As the Houston Chronicle reported, $1.6 million of the meager $18 million chunk of state cash for the Texas Healthy Women program this year will go to the Heidi Group — an organization behind “crisis pregnancy centers” that work to steer pregnant women in need away from abortions. As Nancy Cardenas with the National Latina Institute for Reproductive Health puts it: “The Heidi Group does not provide health services.”

And yet its share of program funding is now the second-largest (after the Harris County Public Health Department). That’s more or less the equivalent of asking your weed dealer to take over the legal team handling your divorce.

We asked the HHSC why, exactly, it provided this contract to the Heidi Group, and got the following response:

“The Heidi Group has partnered with healthcare providers across the state to offer quality women’s healthcare services including family planning and birth control. The group’s proposal was one of the most comprehensive of any of the applicants that applied for the grants. The group’s services will cover more than 60 counties in seven regions through approximately 20 clinic sites. The Heidi Group is a Medicaid provider.”

That doesn’t assuage the concern of activists like Cardenas, who told me: “If we just look at basic facts, they are not licensed medical providers. [The Heidi Group’s founder] Carol Everett has a history of being very disingenuous when it comes to reproductive health access.”

Everett has publicly made the following claims: 1) That she can’t condone “killing babies” after “coming to Christ”; 2) that disposal of fetal tissue could disseminate HIV and other STDs into the water supply; and 3) that abortion  in the United States is a profit-based industry that attempts to trick young girls into getting knocked up. She actively and destructively spreads misinformation about reproductive health.

The Heidi Group’s inexplicable role in Texas’ public health program is a slap in the face to both women’s rights and sustainability. The women who will be most disadvantaged by the decimation of reproductive health services are exactly those most affected by climate change (which, let’s remember, is already hitting Texas hard): low-income women, women of color, and women in rural areas.

“We have to keep in mind that when cuts are made to reproductive healthcare services, they don’t affect groups the same way,” Cardenas told me. “And this rings especially true when we’re talking about the Latinx community in Texas.”

Latina women in Texas suffer from some of the highest rates of cervical cancer in the nation. And regular gynecological exams and cervical cancer screenings are some of the invaluable reproductive health services that end up falling by the wayside when money allotted for public health is given to an organization that traffics in ideology instead.

Says Cardenas: “I think the state is angry. I think our governor is angry … [and] I think they are trying to overcompensate at this point.”

The Supreme Court decision was a boon for women in Texas by saving them from having just a handful of abortion providers sprinkled across the largest state in the lower 48. But as events of this summer have shown, it’s hardly been a solution to all their problems.

The obstacles that Texas has hurled in the way of reproductive healthcare access are not dissimilar to a herd of raccoons: Even if you (say, Ruth Bader Ginsburg) can pick one off with a shotgun, there are plenty more to hurl garbage around your yard.