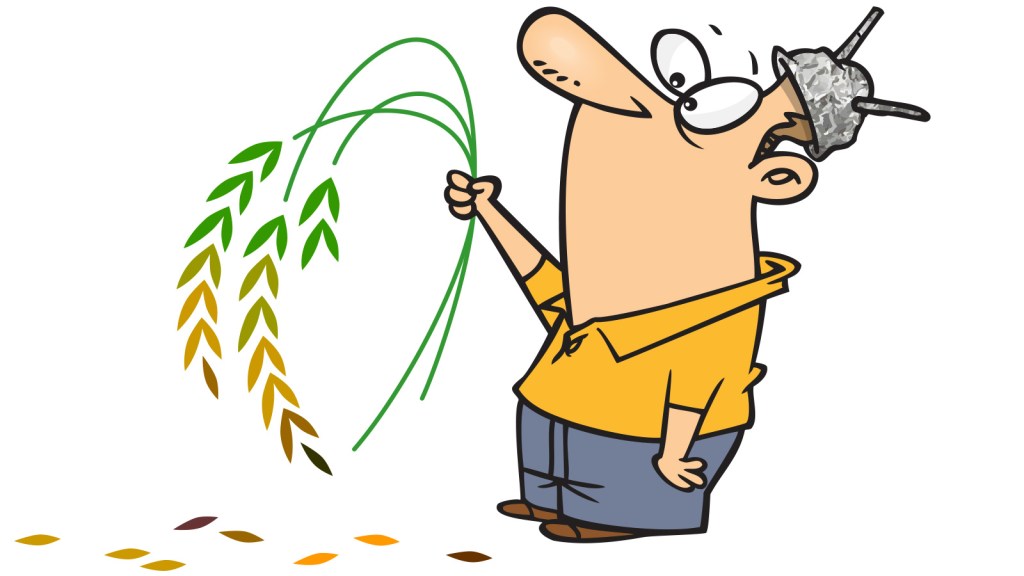 Even climate-change deniers agree that humans are burning a lot of fossil fuels and increasing the amount of carbon in the atmosphere. They just dispute that this increase in carbon is causing the global climate to change via the greenhouse effect. (Most of them, anyway; there’s no upper limit on crazy.)

Now there’s evidence that a higher level of carbon — all by itself, not thanks to the climate change it yields — could cause malnutrition. That’s according to research published today in the journal Nature.

In other words, even if your tinfoil hat is preventing the government rays from making you believe in climate change and the greenhouse effect, you now have good reason to support a carbon tax.

The researchers found that, when they increased carbon dioxide levels around plants, some ended up producing grains with 5 to 9 percent less zinc and iron. That may not sound so bad, but “in terms of human health I think this is highly significant,” Myers said. “You’ve already got an enormous public health problem today. The very same crops that those people who suffer from micronutrient deficiencies are relying on are the ones with lower levels.”

Some 2 billion people aren’t getting enough iron and zinc, and these micronutrient deficiencies are “causing a loss of 63 million life-years annually” — which is the more technical and nuanced way of saying that they are killing people.

If carbon levels rise to 550 parts per million in the atmosphere, as is expected, this paper suggests that we’ll likely need to eat more food in search of dwindling nutrients, and as a result, people will die. No climate-change required! Tra-la!

There is some hope for mitigation: There were two strains of rice that were actually able to take in slightly (slightly!) more zinc and iron at higher carbon levels. So perhaps we will be able to breed our way to a solution. Or/and, we could solve this and a bunch of other problems in one fell swoop by weaning ourselves off our carbon-fuel diet. We can knock off that chore sometime in the next week or so, right?