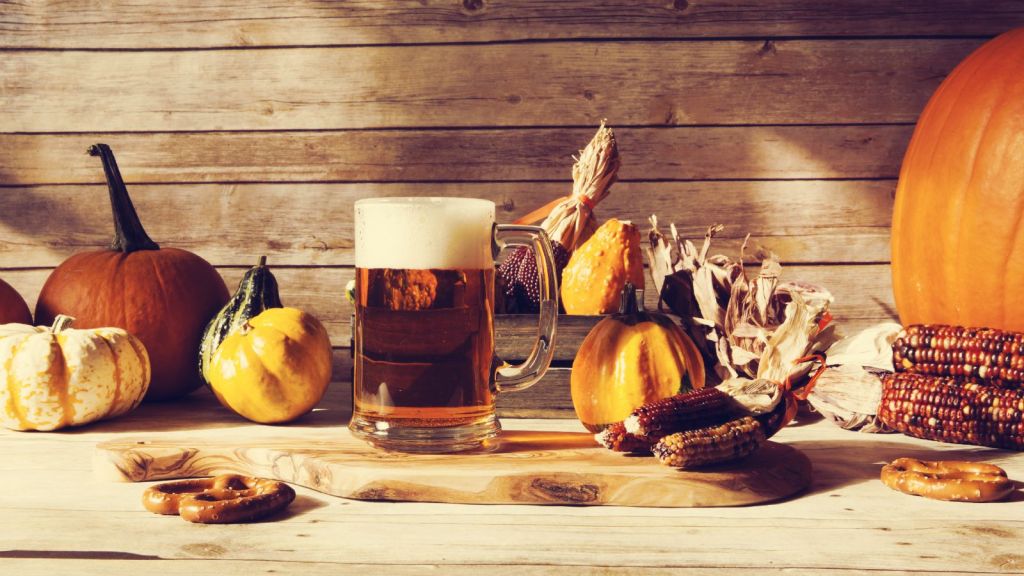 It was scorching in Oregon this summer. So hot the autumn pumpkins ripened early.

“Oregon’s heatwave sped up the growing process this year, giving us ripe pumpkins in the middle of August,” Rogue said in an announcement on its website in early September. Pumpkins weren’t the only crop affected. Malting barley ran late, while hops and corn grew early.

The release of pumpkin beers, like the appearance of candy corn and Christmas lights, has become yet another disorienting marker of the passage of time, often arriving before people are emotionally ready for it. Given the blazing temperatures in Oregon, Rogue was lucky its pumpkins fared so well. Excessive heat, like excessive rain, can decimate a pumpkin crop, according to the United States Department of Agriculture.

Then again, pumpkins grow in almost every state, which means there’s often a pretty good back-up supply. More than 1.4 billion pounds of pumpkins were harvested in the United States between 2012 and 2014. Though, with climate change, there are no guarantees that a once-robust crop will continue to thrive. Earlier springs and warmer summers may mean shorter pumpkin-growing seasons on average, but increasingly volatile weather threatens destructive forces — like hurricanes and drought — that aren’t kind to pumpkins, or any other living thing for that matter.

In the meantime, the pumpkin-beer industrial complex is in full force — so vast it can be hard to discern parody from reality. This is because, frankly, people go out of their minds for pumpkin beer. They bemoan it as a harbinger of summer’s end, then guzzle it down until Thanksgiving. It even outsells IPAs in the fall, which otherwise dominate among craft beers, driving about a quarter of sales. So it’s fair to ask: Did Rogue plan to have an earlier pumpkin crop all along? Or was its early harvest really a surprise? Both, apparently.

“We did plant our pumpkins a little earlier this year; because Mother Nature deemed the spring free of frost,” a spokesperson told me in an email. “Also, it was a hot summer here in Oregon, so this sped up the growth leading to perfectly ripe orange globes in August.”

Whatever the case, Rogue isn’t the earliest pumpkin beer on the block: Southern Tier Brewing Company’s Pumking beer came out in mid-July.