Robots have done unspeakable things to your steak 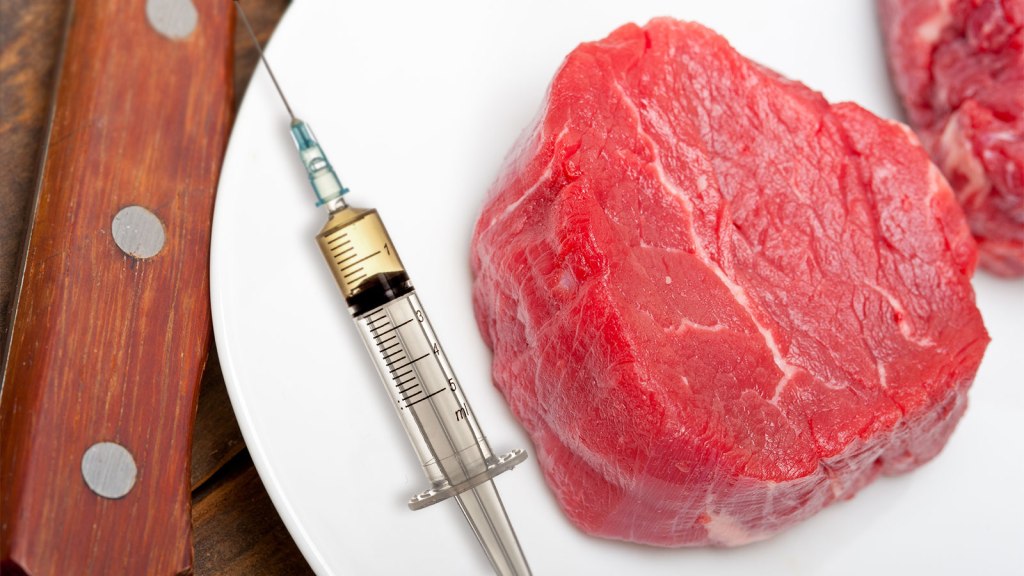 Robots have done unspeakable things to your steak

Even when I was a vegetarian, I ate steak. It was always when I was trapped at the kind of event, like a wedding, where I had learned the hard way that “vegetarian option” was code for “four raviolis unearthed from the back of a deep freezer.”

It’s hard to express just how much of a jerk I am when I’m hungry, and so — rather than go full Hulk and destroy the reputation of vegetarians as a kind and gentle people — it was easier to compromise my principles. I also felt: Anyone foolish enough to assume that vegetarians were ethereal creatures who could float through a six-hour event on nothing but four raviolis and the fumes of their own principles? That person could damn well buy me a steak. Maybe two steaks.

I also ate steak because I thought if I was going to eat meat, it was pretty safe, comparatively. I was terrified of burgers because I had read enough articles about what even a small amount of E. coli O157:H7 could do. Not all E. coli is bad — there are billions of varieties that coexist with humans without any trouble. But O157:H7 is not a bacterium to tangle with if you like having kidneys — it was behind the E. coli outbreaks at McDonalds and Jack in the Box in the ’80s and ’90s. Grinding meat and mixing it together spreads O157:H7 around as fast as a cat video moves across the internet; but if any of it ever got onto a steak (which was pretty likely), it would sit on the exterior and be killed off in cooking.

It never even occurred to me to imagine that the steak I was eating might be nearly as much of an E. coli party as a burger. New rules that have been in the works at the U.S. Department of Agriculture since 2013 would have made it easier for me to find that out. But now it look like those rules might be pushed off until 2018 — or even later.

Three decades ago, pretty much all steak was tenderized in the same way: Either by hanging from a hook and aging in a warehouse for several weeks, or by being marinated in a restaurant or home kitchen. These days, a lot of that work is done by machines. At the meat-packing plant, steaks roll down a conveyor belt, where they are stabbed, over and over with knives and injected with marinade. An estimated 25 percent of whole beef cuts go through the process; all that poking and stabbing breaks down the collagen fibers in the steak and makes it more tender. But it also makes those steaks into the equivalent of a crowd of needle-sharing drug users — any E. coli O157:H7 that might be on the surface of one steak will spread down the line nearly as effectively as it would in a meat-grinder.

If you’re not easily grossed out, O157:H7 is so much more fascinating than your average lower intestinal enterobacteria. Two years ago, I sat in on talk given at MIT by J. Glenn Morris, the director of the Emerging Pathogens institute at the University of Florida, and he described O157:H7 as bacteria that is perfectly adapted to thrive in a system like ours, where people are trying — and failing — to sterilize the environment. Countries with more lax food safety standards may have plenty of other bacteria to worry about, but they don’t have O157:H7 — which Morris theorized was because it doesn’t have room to gain a foothold there, since there’s so much competition.

The feds have been contemplating what to do about the risks of mechanically tenderized beef for over a decade now. The Kansas City Star published a huge expose of the process in 2012. In 2013, the USDA’s Food Safety and Inspection Service estimated that the relatively simple act of labeling mechanically tenderized meat would send a signal to anyone contemplating serving it to someone very young, very old, or with a compromised immune system to stay the hell away — and save America roughly $1.5 million each year from avoided illnesses in the process. Some grocery stores, like Costco, have already begun to print up their own labels.

In August of this year, Canada became the first country to require labeling of mechanically tenderized beef — after a Health Canada report found steaks that had been mechanically tenderized to pose five times the risk to eaters compared with regular ones. In 2013, after pressure from the Center for Foodborne Illness Research & Prevention and other groups, the USDA announced that it would require labels.

If the USDA finalizes the rule that it has in the works, labels will become mandatory in 2016. But the USDA hasn’t done so yet. And if the rule isn’t finished by the end of the year, the earliest it could become mandatory is 2018. When Food Safety News wrote to the USDA for comment recently, the response was that the agency would get back to it “soon.”

Will the rulemaking come in time? Will it be a Christmas miracle? Until then, the days of my steaks of convenience are gone. Realistically, they’re over anyway; I know too much about bacteria now. But the rest of America deserves to know about its steak dangers.