Sign of the end times? Democrats and Republicans agree to help hungry kids 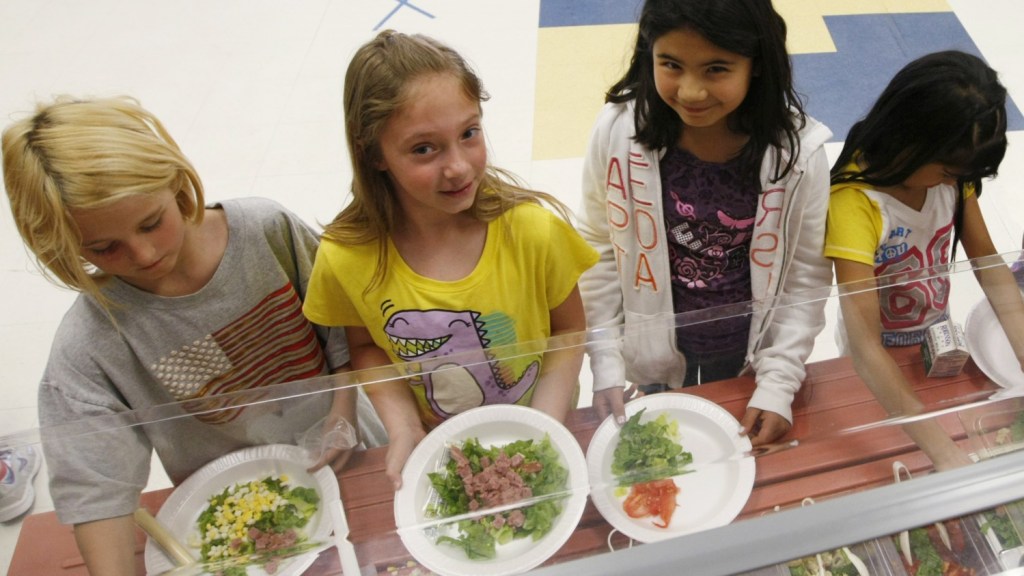 Sign of the end times? Democrats and Republicans agree to help hungry kids

It looks like we have a bipartisan agreement to improve child nutrition by reauthorizing the Healthy, Hunger-Free Kids Act. It’s still in the early stages — the Senate agriculture committee is voting on it Wednesday — but everyone is talking about it like it’s a done deal.

That’s really good news for hungry kids. The old bill wasn’t in danger of expiring; it was set up to continue until lawmakers came up with something better, and the new bill looks like it will be that something better. Congress was supposed to revisit this legislation last September but didn’t, surprising no one. When we reported on it at the time, I wrote:

On the one hand, it seems unlikely that the current Congress will do anything. On the other hand, maybe the fact that lawmakers are refusing to collaborate on other bills will force them to search for something that they can find some kind of bipartisan agreement on.

I have to say, I wrote that second line as a hedge. I really didn’t expect this to happen. That a compromise has emerged — and emerged without acrimony or even a minor government shutdown — is a bit unnerving. Is it an omen? What’s next? Human sacrifice! Dogs and cats living together! Mass hysteria! Or, if you are a sunny optimist, you could just choose to believe that this is a case of politicians coming together to do their level best to feed kids.

Most of the reporting on this issue has focused on the infighting between the School Nutrition Association, representing school-food program workers, and Michelle Obama, representing healthy food advocates. The First Lady’s contingent wants stricter rules, while the school nutrition people say the regulations cost more than America is willing to pay.

In the end, these factions compromised: Instead of requiring schools to serve only “whole-grain rich” foods (for example, bread that’s more than 50 percent whole grain), the legislations requires that school serve at least 80 percent “whole-grain rich” foods. Schools have already cut their use of salt a lot, and they negotiated a two-year postponement of a final phase of cuts that the original law mandated.

Nutrition reform people seem happy. “Given all of the aggressive lobbying against school nutrition over the past few years, it’s remarkable that the new Senate bill is as strong a way forward as it is,” said Margo Wootan of the Center for Science in the Public Interest, in a statement.

However, the squabble over what makes a healthy school lunch isn’t nearly as important as the other parts of the bill, which makes big strides to reduce the number of kids with empty bellies. For instance, it allows the families of kids getting free or reduced lunch to receive a little extra money in food stamps over the summer.

No Kid Hungry, an anti-hunger campaign called the policies in the legislation “the strongest improvements to the summer meals program in more than 40 years.”

The bill also doubles the money for the Farm to School Grant Program, which means fresh, local food for kids, and more support for farmers. But the draft legislation doesn’t have everything anti-hunger advocates wanted: Food Research and Action Center still has a list of requests, like giving kids in all-day childcare a second snack, and clearing the red tape to allow after-school meals to continue during the summer (right now, kids get those meals under an entirely different program).

It’s kind of amazing to see government actually governing. Of course, this still needs to pass through both houses of Congress, so there will be plenty of opportunities for politicians to make it worse, burden it with extraneous provisions, or kill it. But for now, both parties seem happy with this bill.