Thanksgiving is a time of year when people expect to eat a literal ton of food, and end up preparing enough to serve an entire army … that has been living on gruel for three months … and is also composed entirely of pregnant women. When you so entirely overestimate the amount of food that a normal human can eat, it’s customary to end up with leftovers. And what on earth do you do with them when the idea of eating a recreation of your Thanksgiving plate three times a day until Cyber Monday (or whichever made-up continuation of Black Friday you’re into) makes you want to throw in the towel and go on a juice fast until Christmas?

Well, many of us approximately toss the leftovers into the compost pile. One-third of holiday meals get thrown away. That’s sad! Food that’s not eaten still has a climate impact, after all, and beyond that, pie in the trash in an honest-to-God crime. But we’re on your side, and we’ve decided to round up some ideas to make your leftovers look (which is half the battle, honestly) and taste mostly different! 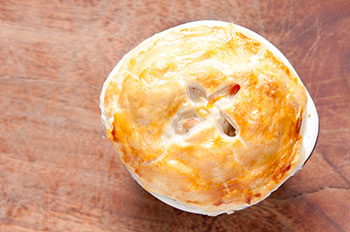 Hide the turkey: What is the most fun way to conceal something that makes you feel gross/ashamed? Put it in a buttery, flaky crust! To wit: turkey pie. It is delicious, and nobody wants to hear about your post-Thanksgiving diet, because it’s a lie anyway. Or, if you’re feeling a bit more ambitious, turkey empanadas are fantastic — and also clearly more fun because you can put them in your coat pocket to eat in front of your old high school acquaintances at one of the 2.5 bars (the .5 is actually a parking lot) in your hometown! 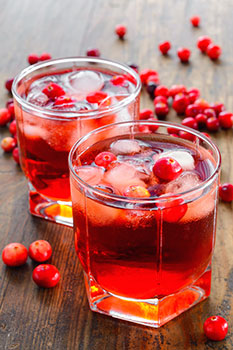 Better with booze: OK, we lied before — the most fun way to repurpose food you have no interest in eating is to douse it in alcohol. Cran-vodka? More like cran-sauce-vodka! Bear with us — these cocktails actually sound good. We’re particularly into the Black Wednesday, if for no other reason than its name makes no sense whatsoever and sounds ominous.

For the lazy bruncher (redundant, yes): Why even bother separating your batter-based breakfast goods from your potatoes when waffle-iron mashed potatoes exist? 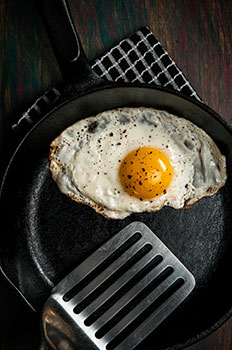 Put a bird (embryo) on it: The least-loved Thanksgiving item in my family is consistently stuffing — every year, without fail. A foolproof trick to make anything more appetizing is to top it with an egg, and this adds to a stuffing game by at least 200 percent. All the better if it is a crispy-edged, still-runny egg. All the best if it is accompanied by a bit of sliced avocado — trust.

The unloved rutabaga: Roasted vegetables are commonplace at almost any Thanksgiving dinner, because they are both delicious and absurdly easy. They are also among the things that people get least excited about. “Why would I have more brussels sprouts when there is still an entire tureen of crab dip?” is the typical American philosophy — so you end up with a ton of them. The Eve Andrews Solution ® is to combine the roasted vegetables with some kind of hearty-ish grain, add chopped nuts and some kind of fresh herb (whatever you have around – that is the spirit of leftovers, anyway), and dress with olive oil, a little bit of lemon juice, and plenty of salt and pepper. I like semi-pearled barley, my mother is a farro fan, you might go for rice – whatever! Go wild!

Give us your sweets: Do you have leftover pie? What is wrong with you? Nevermind — here is what to do with it: Pack it well and send it by overnight FedEx to the following address: