The Amish: Makers of jam, fine cabinetry, and polluted rivers 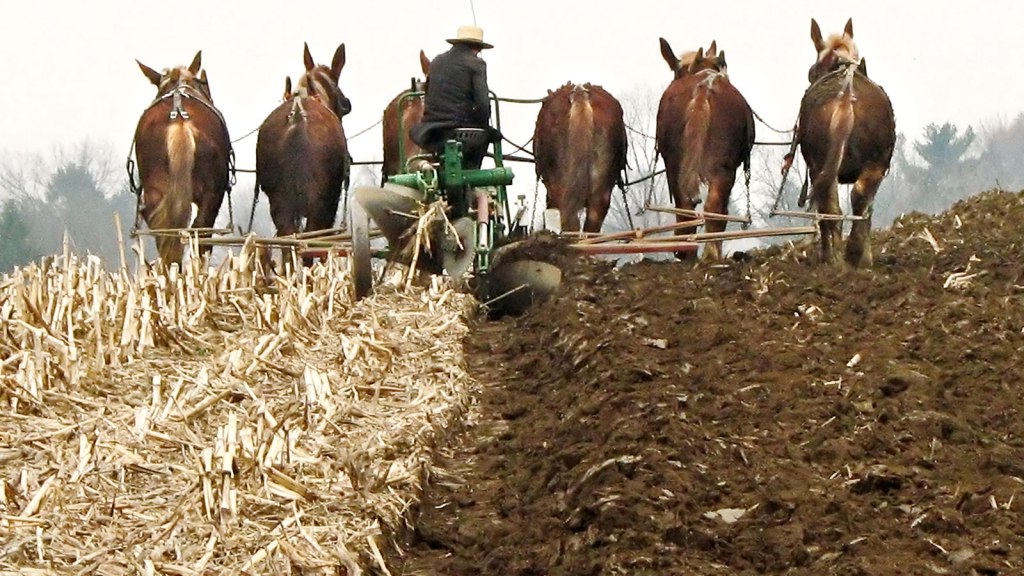 The Amish: Makers of jam, fine cabinetry, and polluted rivers

Many Amish people have denounced the Discovery Channel’s Amish Mafia TV show, now entering its fourth season, in part because the contrived show has brought them unwanted attention from law enforcement. It furthered a perception they would rather not have out there — that behind the Little House on the Prairie façade lurks a seedy underground rife with drug use, exorcisms, and counterfeit homemade goods.

But the environmental cops have always been much more interested in what was underground in the most literal sense — the pollution seeping into waterways from manure in the soil.

In late 2009, federal agents swooped into a collection of Amish farms in a quiet area of Lancaster County, Pa., where they found troubling evidence of water pollution: High concentrations of nitrates and E. coli bacteria in the water wells, loose manure not properly stored in tanks or sheds, and few livestock fences to keep cows from standing (and presumably defecating) in streams.

EPA inspectors found violations on 85 percent of the Amish farms. They warned the farmers that about half of their drinking water was contaminated with pathogens, and that they needed plans to bring their farms into the modern age of pollution control and conservation.

It’s not like some of the Amish farmers weren’t aware of these problems. One of them had just installed a water-treatment system because he believed the pollution caused his cows to birth dead calves. And the wider damage to the Chesapeake has been well-reported in the region: Excess manure from farms leads to algae blooms that contribute to large swaths of “dead zones,” where crabs and fish are so deprived of oxygen that they can’t survive.

Nevertheless, Amish farmers today remember the Watson Run Sting as a watershed moment, when they suddenly had to deal with an entity they go out of their way to avoid: the government.

“Plain Sect” Amish eschew any kind of government intervention. They consider themselves sovereign. They neither pay into social security and government health benefits nor receive them. They speak their own language and attend their own schools. They follow their own scriptures and codes. So it’s not surprising that some of their farms wouldn’t be up to EPA’s codes.

But while they don’t contribute to government benefits, they continue to be a major contributor to the pollution flowing through the Chesapeake Bay. Agriculture is the largest source of pollution in the Chesapeake, which is fed by a 64,000-square-mile watershed that includes parts of six states and Washington, D.C. The EPA has identified three pollution “hot spots,” where its scientists have concluded a disproportionate amount of pollution is coming relative to size: the Shenandoah Valley, the Delmarva Peninsula, and the Amish’s home base in Lancaster County.

The Shenandoah Valley and the Delmarva Peninsula include many concentrated animal feeding operations — large-scale farms in laymen’s language — with thousands of chickens or cows. They require a federal permit and a great deal of oversight. By contrast, the Lancaster County farms tend to be small, with a few dozen head of milk cows, heifers, or horses on each. And yet they are prodigious polluters. In 2007, Lancaster County generated 61 million pounds of manure. That is six times more than what other counties generated, according to The New York Times.

Often, state officials blame each other for the bay’s pollution; Maryland is fond of pointing a finger at Pennsylvania for dumping its sediment downstream; Virginia officials are miffed that Maryland leaders try to take all the credit for restoration work; and West Virginia’s own attorney general is suing the EPA over its mandatory Chesapeake Bay Total Maximum Daily Load. But in the case of Watson’s Run, there is no one else to blame but the farmers.

“Watson Run is a headwater stream without any influence of any upstream water bodies,” the EPA Summary Paper reads. “Therefore, stream impairments in Watson Run are not being caused by upstream sources.”

The agency is now requiring farmers to follow the state laws already in place and develop plans to control sediment, store manure, and dispose of dead animals. Most farmers know they have to take these steps — not just because the EPA says so, but because their land and water will be healthier if they do. So perhaps it’s no surprise that after Watson Run, more than a few Amish farmers have been willing to lose a little of their religion over the government-aid question.

The U.S. Farm Bill and state programs offer millions of dollars in assistance to Chesapeake Bay farmers every year for practices that reduce pollution from farms. They include fencing cattle from streams, retrofitting barns to collect stormwater, taking land out of production to plant forested buffers along streams, and building manure storage facilities. None are cheap. A manure storage facility alone can cost up to $150,000. Add to that the planning, accounting, and monitoring of federal funds, and Amish farmers are looking at a long and involved relationship with government officialsm, whether they like it or not.

Plus, they’re starting from behind. The horse-drawn plow looks pastoral against the wheat fields, but it tears up the soil, promotes erosion, and does not keep the manure where it should be — where the plants are. While more sophisticated farmers might need a little assistance, the Plain Sect farmers, in many cases, are starting from a place well in the past.

Still, more money is on the way: The National Fish and Wildlife Foundation just announced nearly $400,000 in grants to the Lancaster Farmland Trust to help clean up the Pequea Creek watershed, which includes Watson Run.

One Amish farmer, Sam Zook, who has a 50-head dairy farm in the Strasburg area of Lancaster County, even invited reporters on a tour of his new $150,000 manure storage shed. Interviews were OK, so long as no one took photographs of him. The Amish believe taking photos of their faces violates scripture.

Zook decided to accept state help because he couldn’t have afforded the project on his own. He said he was less worried about government fines and regulation than about what he could see for himself — that the cows’ waste was flowing into a waterway on his farm.

“I realized every time it rained, it rained on my barnyard, and it flushed my barnyard down to the stream, and it kind of bothered me,” Zook said.

At some point, it may come to pass that farmers won’t have a choice in accepting tougher regulations; the EPA has put the Chesapeake Bay on a pollution diet, and many of the reductions in nitrogen and phosphorus must come from agriculture.

Farmers can implement practices on their own, but not many of them have an extra $150,000 for a manure-storage shed, or even the smaller amounts required to put in forested buffer strips and grass waterways. And farmers may be experts in how soybeans grow, but they don’t necessarily know how to design and build the state-of-the-art infrastructure needed to control pollution. The government has people who can do that, and in many cases, they’ll do it for free or low-cost.

“It alerted farmers in the area, including Amish farmers, that there was the potential of door-to-door visits and review of plans of facilities,” Garber said of Watson Run. “It was a significant message.”