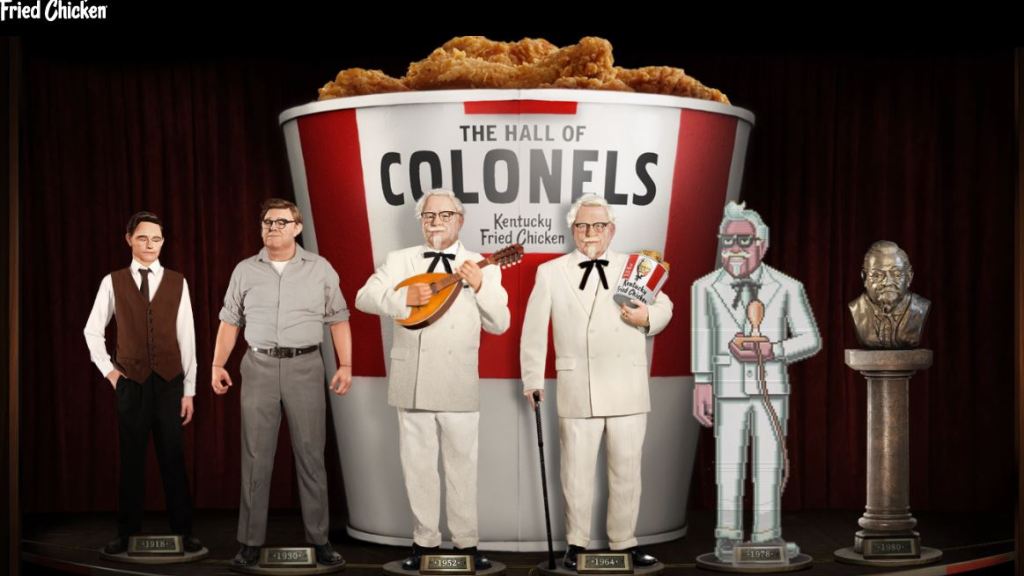 Fast food restaurants, now more desperate than ever due to plummeting sales, are taking a note out of the Night King’s book and unleashing legions of long-dead mascots on the world.

Here are a few characters you may have seen reanimated in new, terrifying forms: McDonald’s original pudgy, buck-toothed Hamburglar (retired since 2002) returned in May with chiseled cheek bones and skinny jeans. That same month, Burger King re-introduced its masked monarch, not seen since 2011, who is now being spotted all over the damn place. And KFC, too, recently released a renewed mascot of an actually deceased person, Colonel Sanders, who’s now less happy grandpa, more Butch Cassidy.

All three ad campaigns appear to be mainly going after the 18- to 34-year-old male who is urban, educated, and would—much like the new Hamburglar—probably rather eat a gourmet burger. “Young people right now like the idea of doing one thing really well—craft beers, DIY videos on YouTube, stuff like that,” KFC’s Hochman says. “So we explain to them Colonel Sanders does that one thing—he makes fried chicken. It makes us relevant again.”

There you have it: Fast food restaurants are still trying to capitalize on millennials’ nostalgia for the original characters of the industry’s golden years. More from Bloomberg:

“What you’re seeing is companies who’re facing different kinds of competition,” says Kevin Keller, professor of marketing at Dartmouth University’s Tuck School of Business. “There’s the healthiness trend, of course,” as in Wendy’s current campaign, in which its redheaded namesake talks about how fresh the strawberries in her summer salad are. “But separate from that, there’s also the preference for slowly cooked, higher-quality food,” he says

We snake people may always be suckers for the occasional McDonald’s small fries, but even Ronald McDonald himself may not be able to save the fast food industry from its slow and steady demise — even if he’s resurrected from the grave with a Macklemore undercut and sleeve tattoos.