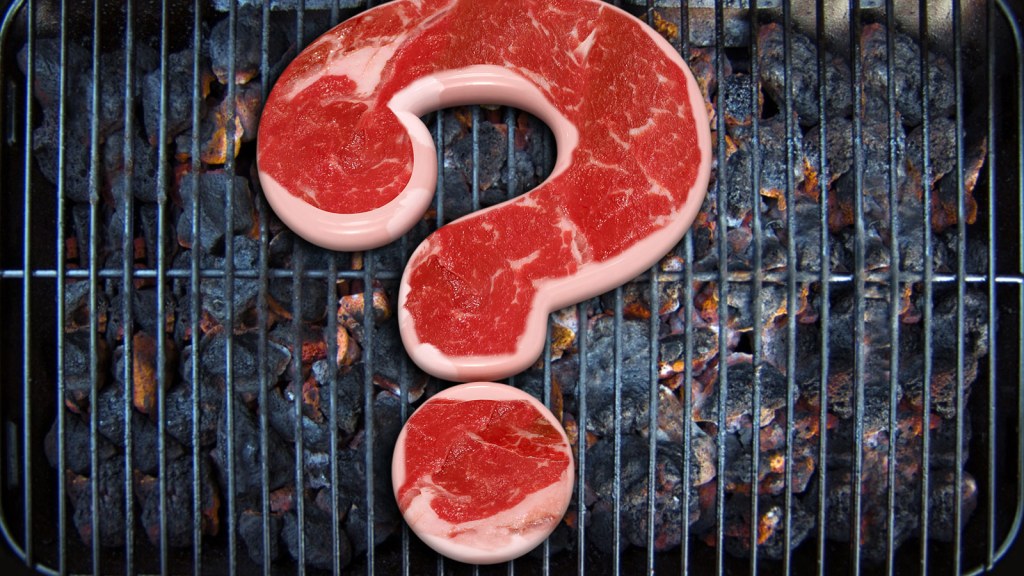 We’re about to take a deep dive into the meat tank — strap on your offal fins and your byproduct snorkels, y’all. There will be blood. Or at least shouting.

People yell at each other a lot when discussing meat on the internet. The acrimony, I think, stems from the different lens we use when we think about meat. Here are three of the most important ways of seeing it: Meat as an integral part of the planetary food web; meat as a creature that suffered and died; and meat as nourishment for hungry humans.

Your perspective is going to be totally different depending on whether you’re most focused on sustainability, animal rights, or feeding people. But unless you can switch between these ways of seeing, you are going to have a hard time talking to people coming from a different vantage.

In this series — Meat: What’s smart, what’s right, what’s next — we’ll be asking three big questions to address each of those perspectives. Can meat be sustainable? Can meat be moral? And, given that people will continue to eat meat, whatever the answers to those first two questions, what’s the best way to produce it? Essentially, we’ll be trying on each one of those lens.

This project started when the Iowa Soy Producers invited me out to talk to them about GMOs — I’d done a long series trying to understand all the ins and outs of that debate. At that talk I asked those Midwestern farmers a purposely provocative question: I’d been out visiting Iowa farmers for the last two days, and I was impressed by the work they were doing on improving their sustainability. They were growing cover crops, installing bio-filters, using integrated pest management, converting to no-till.

But I said I was having trouble seeing how any of this really mattered — because in the end, they were growing corn and soybeans to feed pigs, poultry, and cattle. What was sustainable about that? Actually, I think put it a little more bluntly, more like: “I honestly want to know, how is this not hurting America?”

To their credit, none of the farmers in the audience took the opportunity to throttle me (rhetorically or otherwise) after I’d suggested that their way of life was unpatriotic and bad for the Earth. Instead, one farmer stood up and challenged me to figure it out for myself. Go look carefully at the science, go talk to the experts, she said.

That challenge isn’t the only reason we’re doing this. We wanted to look closely at meat precisely because it’s so hard to look at. Thinking about meat, in general, tends to be arbitrary, capricious, and confused: We love animals, and we love to eat them! The way people feel about meat can change depending where they are: The same side of meat that looks disgusting in a slaughterhouse can look enticing in a steakhouse.

It’s hard to think straight around meat, and that confusion spills over into thinking about agriculture. To take just one example: Animal farming has a huge environmental impact, but without farm animals we’d have to produce massive amounts of synthetic fertilizers.

We’re going to pin these things down as best we can. We’ll take a hard look at the sustainability of various forms of meat production, figure out why cultural expectations around meat are so weirdly different for women, and investigate the most promising proteins of the future. We’ll slaughter chickens and decapitate our assumptions. And we intend to have a bloody good time.

It's not as black and white as you think: We might not need a whole world of vegetarians, but we could all do with a little less flesh. 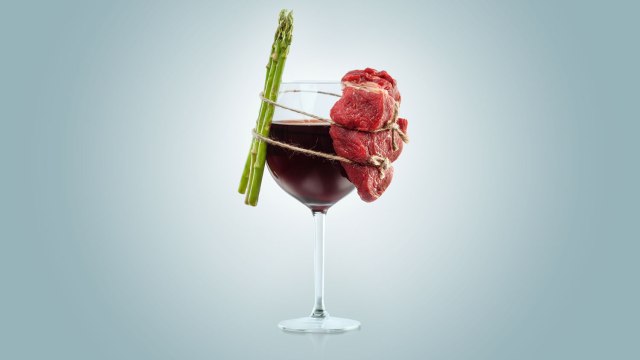 From fancy farm-to-table spots to hipster burger joints, too many restaurants focus on meat, and that’s terrible for the climate.
See all articles in this series