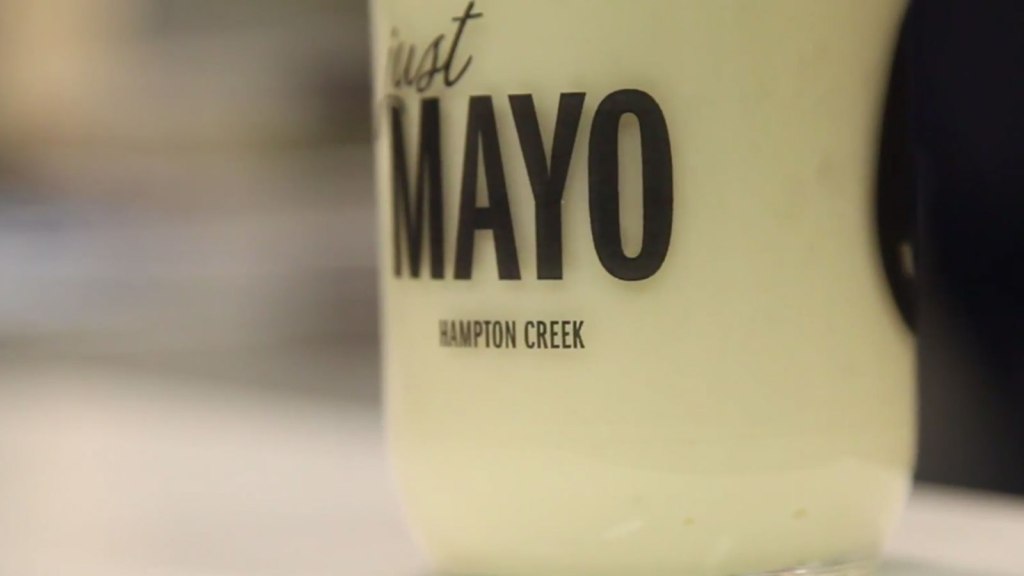 Remember the great mayo battle of 2015? No? Let us refresh your memory.

Earlier this year, it was reported that the American Egg Board, an industry group overseen by the USDA, had targeted Just Mayo, a vegan mayonnaise substitute made by California startup Hampton Creek. According to internal emails published in August by the Associated Press, not only had AEB CEO Joanne Ivy attempted to get Whole Foods to stop selling Just Mayo, AEB board members had issued some mafia-like threats. “You want me to contact some of my old buddies in Brooklyn to pay Mr. Tetrick a visit?” wrote one AEB member of Hampton Creek CEO Josh Tetrick. Creepy!

Meanwhile, the FDA sent Hampton Foods a warning letter stating that because Just Mayo doesn’t contain eggs, calling itself “mayo” was false advertising. Hampton Foods started working with the FDA on a compromise, and they reached one this week: Just Mayo will be able to keep its name, with a few tweaks to the label.

As part of the deal, Hampton Creek says Just Mayo’s label will make it clear that the product does not contain eggs. The changes include making the words “egg-free” larger and adding “Spread & Dressing.” An image of an egg with a pea shoot inside will also be smaller.

A definition of “just” as being “guided by reason, justice and fairness” will be put on the new label as well.

The agreement would bring closure to one of the challenges in the past year faced by Hampton Creek, a San Francisco startup that has made headlines with its $120 million in funding and a mission of improving the food system with options that are healthier, more affordable and better for the environment. The attention has been enough that The New York Times declared “mayo” to be one of the “top new food words” of 2015 earlier this week.

In a statement, the FDA said, “The company committed to making labeling changes to ensure its products are labeled in a manner that is truthful and not misleading. Therefore, the FDA considers the issues cited in the warning letter to be resolved and will issue a close out letter soon.”

All this spells good news for Just Mayo. The AEB? Not so much. CEO Joanne Ivy took early retirement soon after the damning emails surfaced, and the USDA has an ongoing investigation into the Egg Board.