What's a GMO? Apparently not these magic mushrooms. 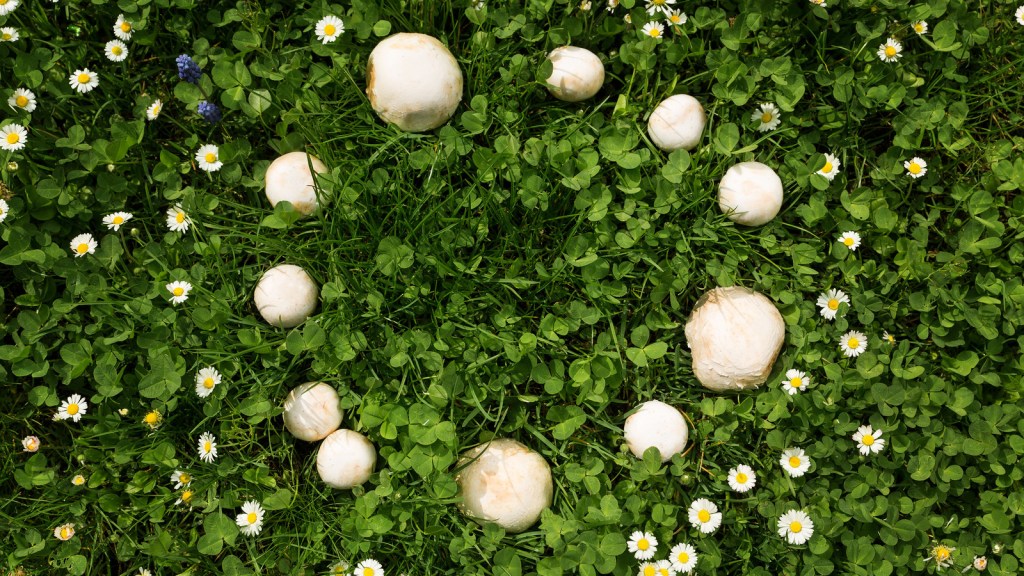 What’s a GMO? Apparently not these magic mushrooms.

What’s a genetically modified organism? This isn’t just a question for twisty “whoa-brah” essays. It’s a tricky question whose answer determines what regulators scrutinize and what they ignore. And that, depending on your bent, determines what techno-horrors will be unleashed upon the earth, or what new tools we’ll have to clean up agriculture.

U.S. Department of Agriculture regulators pondered an outwardly unremarkable mushroom for two and a half years before they decided its GMO status earlier this month. This was a regular old button mushroom, the kind best sautéed in garlic and butter, but there was one little difference. Researchers at Penn State had tweaked one of the fungi’s genes, so that it wouldn’t turn brown if left it in the refrigerator too long. The researchers hadn’t inserted any DNA from another species. They’d just altered a few sections of the mushroom’s DNA with a powerful new tool called CRISPR-Cas9 (that double acronym is as complicated as it looks, but listen to this RadioLab podcast if you want to know more).

So is this mushroom a GMO? The scientists had taken an O and M’d the G’s. But this M (which stands for “modification” in case you forgot) was a pretty small change, smaller than mutations that occur routinely in nature. On April 13, they decided that the mushroom wasn’t GMO enough to register on the regulatory radar. As a result of that decision, you may soon see it at your local supermarket. See? The definition of “GMO” really does matter.

This decision was a lot bigger than a mushroom. It was the first time that U.S. regulators considered a crop modified with CRISPR, and CRISPR could turn the world upside down. Ruling that it’s not a GMO makes it exempt from oversight, a decision likely to throw open the doors to similarly tweaked crops.

“It’s hard to think of a technology that has as swiftly and profoundly changed a vast range of scientific fields as CRISPR-Cas9,” wrote Laurie Garrett, senior fellow for global health at the Council on Foreign Relations, in a recent article.“It is so cheap, radical, and revolutionary that its use has pumped entire fields of investigation into instant overdrive.”

Got that? It’s hard to come up with an innovation that has been as instantly revolutionary. Computer technology? Nah, too slow. Printing press? Small potatoes.

CRISPR has reduced Everest-like biotech challenges to molehills. We might be poised for a flood of new crops built to resist disease, insects, drought, and — like this mushroom — spoilage. And because these “non GMOs” face no regulatory hurdles, small companies and big universities (Penn State!) will get involved, rather than leaving it to Monsanto and other big corporations that have enough cash to survive years of government review. At the same time we should also look at it from the other perspective, note that powerful technologies often end up having unexpected side effects, and rethink the lack of regulation.

One surprising advocate for CRISPR crops is Urs Niggli, the longtime director of the Research Institute of Organic Agriculture in Switzerland. Niggli would like organic agriculture to have access to CRISPR technology so that organic farmers don’t end up using more pesticides than the other guys. “It would be dangerous if the conventional farmer had a potato variety that does without pesticides – and the organic farmer had a potato variety that he must spray with copper,” he told the German-language newspaper Die Tageszeitung (according to Google translate and this blog). Niggli shrugged off safety concerns, pointing out that the DNA changes were comparable to the genetic modification seen in natural breeding.

Of course, Niggli was only speaking for himself and I’m sure many people in the organic world would disagree violently.

Ultimately, though, the vicious debates over what makes a crop “GMO” are beside the point. Instead of arguing about definitions, I’d suggest weighing the tradeoffs of any new crop, no matter how it was bred.

Encouraging innovation could make our food systems cleaner, fairer, and healthier, yet every new seed introduced contains risks. Beefing up regulations to catch CRISPR seeds (both the United States and Europe are starting to revise their biotech regulations) would mitigate those risks. Make regulatory review too thorough, however, and you’ll prevent all but the biggest corporations from designing seeds for the biggest farmers.

Let’s stop fighting over the nebulous category that we call GMO, and start discussing how these new technologies might change the world.