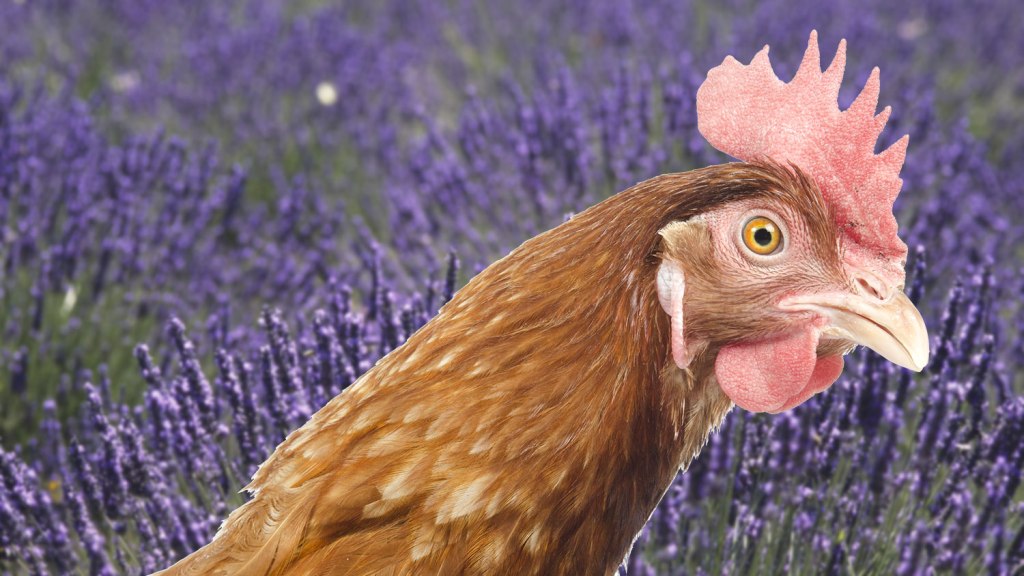 Remember the tiny vial of lavender essential oil that you dropped $35 on at Whole Foods to open your throat chakra? We understand if you’ve been actively trying to forget it. But good news: It might have the healing powers and all-around good vibes to help improve our factory farming system!

About 80 percent of all antibiotics in the United States are used to treat poultry and livestock, mostly to super-charge their growth and mask how utterly disgusting factory farm conditions can be (for example: Dunking processed chickens in chlorine to sterilize them). Pumping animals full of drugs might be a short-term solution to the failings of our industrial agriculture system, but such abuse has lead to the emergence of alarming drug-resistant superbugs. In 2013, antibiotic resistance led to more than 23,000 deaths and could cause more than 10 million more by 2050. It’s such a serious problem that some experts are calling it “one of the most important challenges the medical and animal-health communities will face in the 21st century,” as Tori Rodriguez writes for The Atlantic.

But there’s hope for us yet. According to a growing body of lab research, incorporating essential oils into an animal’s antibiotic regimen may help to quell these superbugs. Rodriguez reports:

Numerous recent studies—including several done by the USDA—have shown great promise in using essential oils as an alternative to antibiotics in livestock. One of their studies, published in October 2014 in the journal Poultry Science, found that chickens who consumed feed with added oregano oil had a 59 percent lower mortality rate due to ascites, a common infection in poultry, than untreated chickens. Other research, from a 2011 issue of BMC Proceedings, showed that adding a combination of plant extracts—from oregano, cinnamon, and chili peppers—actually changed the gene expression of treated chickens, resulting in weight gain as well as protection against an injected intestinal infection. A 2010 study from Poultry Science produced similar findings with the use of extracts from turmeric, chili pepper, and shiitake mushrooms. A multi-year study is currently underway at the USDA that includes investigations into the use of citrus peels and essential oils as drug alternatives.

Bottom line: The government needs to take one for the team and enact federal standards to curb livestock antibiotic use across the board. Essential oils aren’t a magical, hippie cure-all to the world’s growing superbug crisis, but at least there’s promise that plant juices can help zap some of the really gross pathogens known to turn our bathrooms into the seventh circle of hell (here’s looking at you, E. coli). For the crafty poultry farmer with time on her hands, may we recommend miniature aromatherapy rice bags for your flock?