Isha Datar knows there are plenty of good reasons to stay away from meat. Like the facts that livestock production accounts for at least 14.5 percent of human-made greenhouse gas emissions worldwide, sucks up massive amounts of water, and drives a heck of a lot of deforestation, just to name a few. But, despite all of this, scores of Americans still can’t get away from another, equally verified truth: Meat is dang delicious. 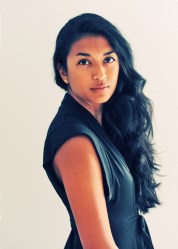 So what’s a meat lover to do? Datar thinks New Harvest, a nonprofit dedicated to the development of lab-grown meat alternatives (a.k.a. test-tube meat, cultured meat, or shmeat), is working toward the answer. As the group’s executive director, Datar believes that by taking animals out of the picture, cultured meat will allow us humans to get our fleshy fix while putting less of its burden on our planet.

It has now been almost a year since shmeat made its public debut, in the form of a $325,000 hamburger. But, costs aside, there’s still a lot about the concept that sounds less than appetizing: After collecting cells from living animals, the cells are immersed in a nutrient bath, where they are left to grow into a sheet of tissue, which is then processed into a patty. Sounds more clinical than toothsome, right? Given the current romanticism of farm-to-table meals, will Americans be able to embrace a food product that’s made from stem cells?

Datar knows that the field still has a long way to go before cultured meat becomes a viable solution. But, at the same time, she doesn’t think the challenges — taste, scalability, getting over the “ick” factor — should stop the conversation. Grist grilled her on her love of meat, her beef with factory farms, and what needs to happen if we want to see cultured steaks on our shelves.

Here’s an edited and condensed version of what she had to say:

Q. What’s New Harvest all about?

A. New Harvest’s vision for the future is one where factory farming is made obsolete because we’ve come up with a much better way of doing things. Our focus right now is on how to produce animal products — like meat, leather, and milk — with cell cultures instead of using animals. Because we raise so many animals, they’re treated inhumanely, they contribute to a lot of environmental degradation, and are very resource intensive. So we really advocate for science that takes animals out of the picture, while still allowing humans to have access to the products that we’re used to.

Q. How do you advocate for cultured meat?

A. I’m going to the animal rights conference in Los Angeles with a team of New Harvest volunteers. The New Harvest community also has researchers in Ireland who received $30,000 to produce milk in culture rather than cows, so I’m going there next week to advise and help them grow that project into something that’s viable. We’re always fundraising and applying for grants and growing our awareness, making sure the public is aware of what’s going on.

But I would say my main focus is on creating a community of scientists, and potential scientists. A lot of the people in our network are undergrads, engineering students, or master’s students who just see this as the future and really want to contribute to it. So it’s about bringing opportunities to them. Which is kind of a challenge, because at this time universities don’t recognize that tissue engineers and food scientists could be working together on something, because we’ve never seen that happen before.

Q. So it’s not like we should expect to see lab-grown steaks in our grocery stores anytime soon. What else would need to happen in order to make cultured meat commercially available?

A. One thing that needs to happen is there needs to be much more funding and encouragement for this kind of research. If it becomes more recognized and universities start to set up food engineering facilities that food scientists have access to, I think the science would move a lot faster.

In terms of scientifically what’s required, we’ll need to come up with ways to scale production so that it takes place much more inexpensively. So, the first burger that was tested, consider that like the very first computer. It was really impractical in that it was super-expensive, there was only one, and only three people got to taste it. It was very exclusive and impractical in every sense — it was not something you’ll ever see in a store.

Q. Costs aside, no one wants to chomp down into a flavorless patty. What needs to be done in order to make it taste better?

A. Flavor is another thing that needs to be addressed, but it shouldn’t be too much of a challenge. It comes down to how to culture these other cell types [like fat and blood, not just muscle], and get them involved in the actual production of the hamburger.

Q. So why is it worth it to invest in this kind of research — wouldn’t it be better if people just stopped eating meat altogether?

A. Oh, I think it’s extremely important to get people off the meat diet, too. But I think there are already a lot of voices out there saying that we should do that. I don’t think we should consider this one or the other — this is actually a cooperative effort, where to get people to eat fewer animals we have to A) come up with alternatives and B) get people to consume less meat altogether.

Q. Where do you fall along the meat-eating spectrum?

A. I actually fell into all of this because I was a meat enthusiast. I grew up in Alberta, which is like the beef production area of Canada, so that was probably part of it, but I also just really liked eating it. Which is funny, because my dad’s family came from India and is vegetarian, so it’s kind of funny moving from one culture to another.

Q. But, honestly, lab-grown meat just still sounds a little gross, doesn’t it? How do you get past the ick factor?

A. People — especially when it comes to food — can get very nostalgic, and think about tradition and nature and things like that, and say, “Oh, I don’t want to eat anything my grandma wouldn’t eat,” or whatever. But that’s not really a fair way of looking at things. Just because something happened in the past or has some tradition associated with it doesn’t mean that it’s a good way to do things.

I like New Harvest’s approach: Let’s just start from scratch. If we are going to raise a whole chicken only to cut its beak off, pluck its feathers, keep it in one place so it doesn’t even use its legs; only to make it skinless, boneless, trim off the fat; if you’re growing this whole chicken only to come up with a chicken breast — which is basically just muscle tissue — then why not start from the bottom up and start with the smallest unit of life, which is the cell, and create the tissue that way? And then you completely avoid the possibility of inhumanely raising an animal, and you avoid having all the waste that comes with that. So, to me, it seems very sensible to think about food production this way.