Why you should be skeptical of Walmart's cheap organic food 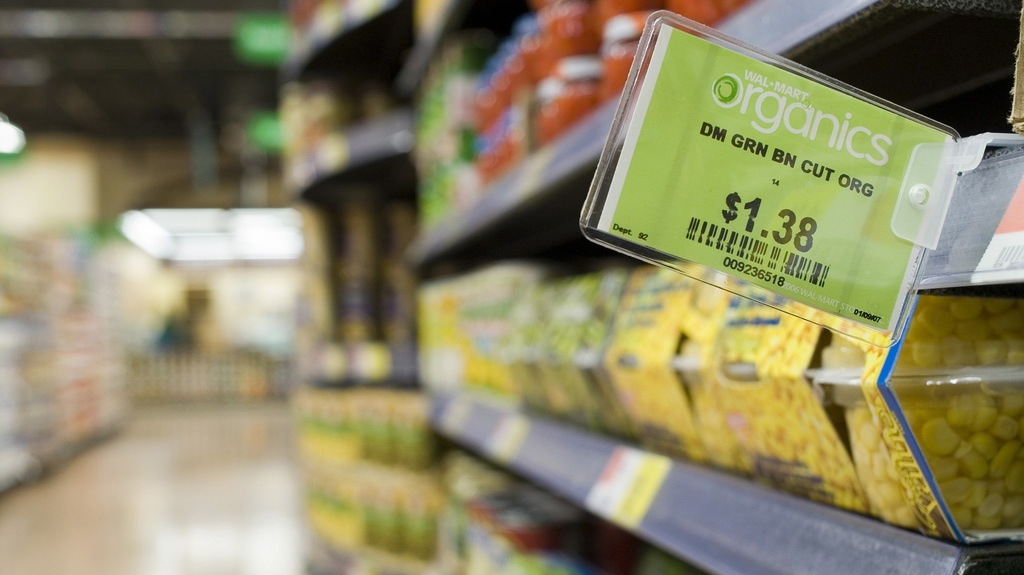 Walmart
Walmarts and all

Why you should be skeptical of Walmart’s cheap organic food

Out on the mean streets of the U.S. organic foods industry, Walmart has stepped onto the corner with both guns drawn. On Thursday, the superstore behemoth announced its plan to partner with Wild Oats (which you may recognize as a former subsidiary of Whole Foods) to offer a line of organic goods at unprecedentedly low prices in 2,000 of its U.S. stores. To start, the line will offer primarily canned goods and other pantry staples that will cost as much as 25 percent less than those of other organic brands.

At first blush, this appears to be great news. Cheaper, more accessible organic food — isn’t that one of the prerequisites for the kind of healthy food system we’ve all been waiting for? The New York Times notes that Walmart’s big move could ultimately create a larger supply of organic goods, pushing down organic prices in the long run.

If that sounds suspicious to anyone familiar with organic growing practices, it should. For those not as well-versed, we’re here to help! We spoke with Coach Mark Smallwood, executive director of The Rodale Institute in Kutztown, Penn., about how Walmart could manage to offer such low prices, and what that might mean for organic farmers across the country.

Smallwood explains that the concept of a “premium” associated with organic food is misleading, because the price of an organic good reflects the true cost of its production.

“The issue is that there aren’t the subsidies available to organic farmers that there are [for conventional farmers.] So there’s a question in my mind about how Walmart is going to pull this off and be able to make profit,” Smallwood said. “And for them to even come out and make that statement before they’ve started is a huge question mark. Somebody’s going to have to pay, and my hope is that it’s not the organic farmer.”

Smallwood also shared his concern that if Walmart were to incentivize large-scale organic production, industrial organic practices would become more widespread. In this model, farmers adhere to just the bare minimum of organic standards and ultimately end up depleting soil health on a piece of land, abandoning it, and moving on to another.

“Will a large agricultural operation come in and buy up tens of small family farms and put them all under one name, and then create that slash-and-burn model?” Smallwood said. “That’s what I’m afraid of. That’s the [possible] downside.”

For the optimists in all of us, let us remember that it’s too soon to know exactly which approach Walmart will take. As Smallwood says: “The potential is there for [organic farmers] to be treated very well, and paid handsomely for the wonderful artisan stewardship of the planet. What is that worth to Walmart? We’re going to find out.”

We reached out to Walmart specifically to ask if the company was planning to source from small-scale farmers, and where its farmers would be located geographically. This was their response via email:

Regarding your questions, we are working with our suppliers to create a surety of demand which ultimately helps us pass along savings to our customers. We’re using our scale to deliver quality, organic groceries to our customers for less. When we do this, it’s a win, win, win situation for our customers, our suppliers and our company. Our customers can trust that they will save money at Walmart, our suppliers can count on us for the demand and we are able to offer innovative new products.

Hey — we didn’t say it was a good response. Since it provides exactly none of the specifics that we sought out, we’ll just have to wait and see, and hope for the best.

See also: Walmart’s latest organic scheme is just part of its plot to take over our food system