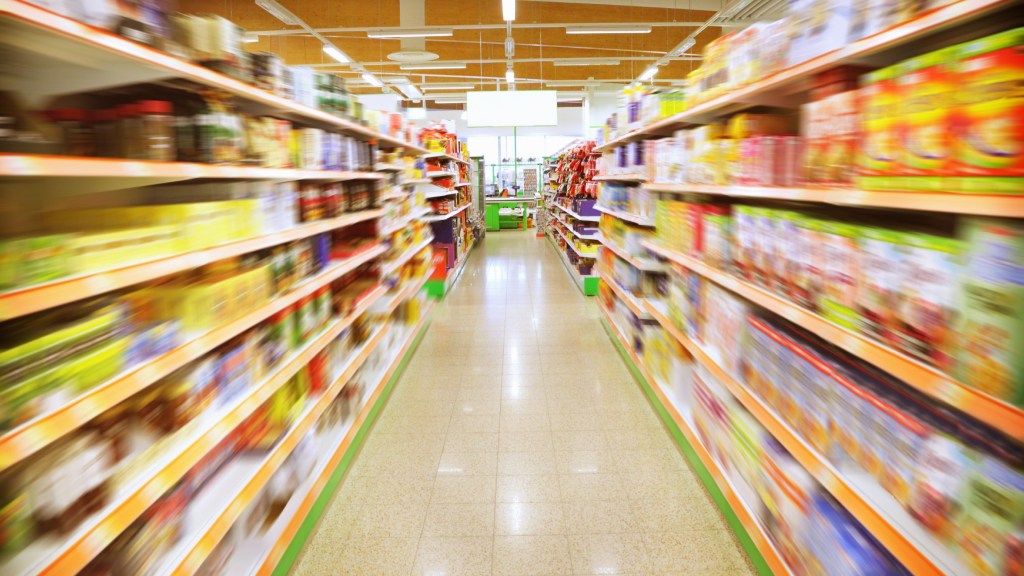 Walmart recently announced that it would stock a selection of lower-cost organic packaged foods. A storm of positive press followed, including two U.S. News columns (here and here) by David Brodwin of the American Sustainable Business Council, who argued that, despite Walmart’s many sins, it was doing good in this case by legitimatizing and mainstreaming sustainable products in the eyes of consumers, investors, the media, and other companies.

I’m a big fan of David’s work, and of ASBC, but I think he’s got this one backward. The story that Walmart created with its announcement was not: Wow, organics have changed. They’ve gone mainstream. (That’s not really news, after all.) Instead, the story was: Wow, Walmart has changed. It’s gone organic. In other words, Walmart is not legitimizing organic foods so much as using organic foods to legitimize its own business model.

To me, the pivotal question that ought to frame any discussion about Walmart’s role in our food system is: Will people and the planet be better off if Walmart grows to control 50 percent of the U.S. grocery market?

Growth, after all, is what this is ultimately about. In 2005, staring down bad headlines and organized opposition in one city after another, Walmart realized that it faced a hard ceiling on its expansion if it did not improve its public image, particularly in the liberal-leaning areas of the country. It launched its sustainability campaign that year, pledging to be a leader on climate change and shift completely to renewable power. Walmart has not made much progress on those ostensible goals. Indeed, its greenhouse emissions are higher than ever and it derives just 4 percent of its electricity from its wind and solar projects.

But Walmart has succeeded spectacularly in the real purpose of this project. The company is 37 percent bigger in the U.S. today than it was in 2005.

Walmart is once again struggling with its image, amid an unprecedented series of strikes and other actions by its workers, as well as new revelations about its impact on the economy. In response, Walmart is offering up many distractions, from commercials that evoke a time when America was a maker economy to shiny cans of organic tomato paste. But we should never take our eyes off what’s really at stake here. Walmart is a growth machine. It’s not interested in being a better company, only in being a bigger one.

As crazy as it is, we are well on our way to a future in which Walmart controls half of our food system. In 1998, Walmart accounted for 4 percent of grocery sales. A mere 16 years later, its market share has climbed north of 25 percent. Already Walmart captures more than 50 percent of food sales in 40 metro areas. It plans to open at least 385 new stores in the U.S. over the next year alone.

Even the Great A&P — such a juggernaut in its day that Congress passed new antitrust legislation to contain it — never had anywhere near the market power Walmart now has.

Walmart’s rise as a grocer has had the effect of making conventional food production more concentrated and industrialized than ever before — a trend it will surely bring to organics. In response to Walmart’s growing market power, food companies embarked on a wave of mergers in the hope that, by joining forces, they could become big enough to supply the retailer without getting crushed in the process. Today, four meatpackers slaughter 85 percent of the nation’s beef. One dairy processor handles 40 percent of our milk supply.

With fewer companies bidding for their output and Walmart demanding ever lower prices, nearly everyone involved in food production and distribution has seen their income take a hit. Farmers are getting a significantly smaller share of the consumer food dollar. Wages for slaughterhouse workers have fallen 9 percent in the last 15 years. Employees at competing grocery stores have lost ground on wages and given up benefits.

Indeed, no company has done quite as much in the last 20 years to undermine the broad middle class and expand poverty. Walmart has propelled poverty at the macro level of our economy as well as the micro: One peer-reviewed, published study found that when Walmart opens a store, poverty rates in the surrounding county rise.

Walmart is determined to take us further down this road, leading us along with a can of inexpensive industrial-organic carrots. But its continued expansion will undoubtedly come at the expense of a more diverse food system that could help us rebuild local economies and move families out of poverty.

It’s within our power to stop Walmart — to insist that its resources be directed at being a better company, not a bigger one. But we’ll need a unified front to do so.