Elected officials are supposed to listen to us. Make them. - Grist 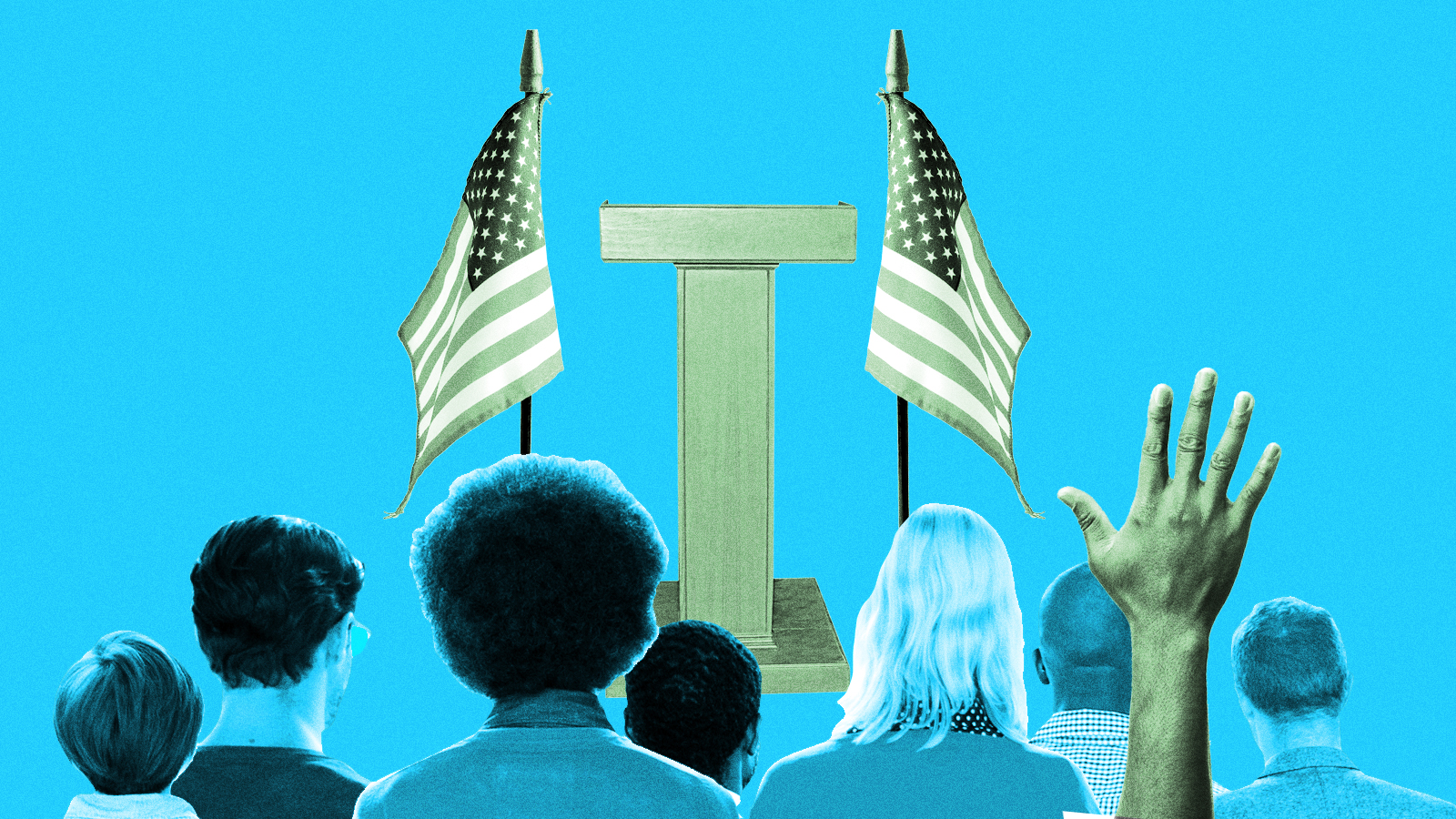 Elected officials are supposed to listen to us. Make them.

The big hitch in representative democracy is that it’s sometimes hard to get your elected reps to do what you want them to do.

Recently, for instance, a lot of Republican officials have been dinged for refusing to hold in-person town meetings, or for ignoring their constituents’ concerns (like climate change) when they do. Sometimes they won’t even answer questions from 10-year-olds who just want to know if they believe in science.

In Pennsylvania, residents formed a “Tuesdays with Toomey” group that waits outside the Philadelphia office of U.S. Senator Pat Toomey every week, hoping for a word. Instead, they’ve been arrested. Vashti Bandi, a “Tuesdays” organizer, says that government reps are apparently, like snakes, more scared of you than you are of them.

Which is why you have to be determined, because phone calls are even easier to run away from than constituents on the front steps. (If you do prefer to call, there’s a new Chrome extension that makes it extremely easy to go from riled up about an issue to calling your Congress member.) Here’s a primer to spending some quality time with your representatives — and making them do their jobs.

More than half the battle — be it a town hall or a visit to your rep’s office — is literally just showing up. Find their office hours or next town hall by visiting their website. (Psst — Town Hall Project aggregates them nationally.) There’s also strength in numbers (but, when it comes to office visits, not too many numbers — you want action, not chaos), so bring a few other riled-up friends.

Pick and research your issues

Brett Hamil, a political commentator and satirist in Seattle known for his creative pursuits of reticent local officials, says the system is “designed just to obfuscate and bore you and render you apathetic and confused.” Best way to get away from that, according to Hamil? Figure out a couple of issues you really care about and follow them with all the attention and fervor you devote to tracking Shake Shack openings in your area.

You want a specific message or question

As Bandy advises, “Why are you such a d***?” is not a particularly productive question. Instead: “How do you feel about X bill? Where do you stand on that?” If you have a personal story to relate to the bill or issue — i.e., how it would affect the life of someone you care about — all the better.

Worried about police brutality? Environmental contamination? If you see it, you probably have a way to record it. (Your phone. We’re talking about your phone.) “It’s so crucial to get this stuff in consumable form so someone can retweet or post or send in an email to elected officials — just to be their eyes and ears,” explains Hamil. That recording can end up going a long way when it gets other people involved or gets politicians’ attention.

Too nervous to say anything at a town hall? Just take cues from the people already there. “See the way regulars treat the proceedings — and then, the next time, they have to pretend you’re a regular,” advises Sonja Trauss, a San Francisco activist and founder of the SF Bay Area Renters’ Federation (SFBARF). “It’ll be way more accessible.”

There’s a not-insignificant chance that you’ll find a representative meeting or town hall discouraging. Again, elected officials often hate doing what you ask them to do! But the plus side of bringing friends with you — really, do that — is that you can all go out for margs afterward and yell about it.