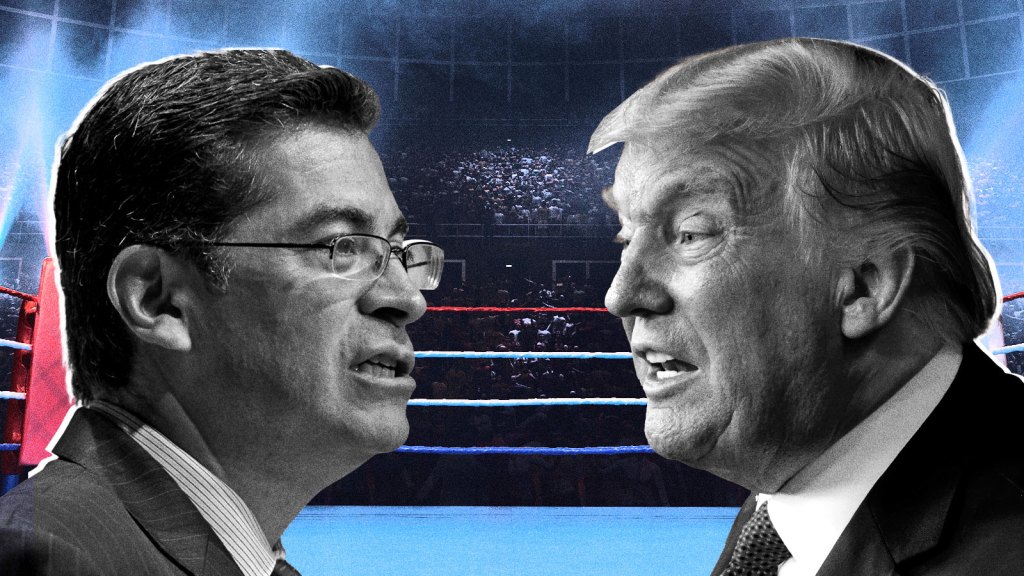 Environmentalists fumed last month when the Trump administration’s Council on Environmental Quality announced its final revision of the National Environmental Policy Act. Better known as NEPA, the act was signed into law in 1970 by President Richard Nixon and was a bedrock for future environmental protections.

Trump’s revised rule frees federal agencies from having to consider the cumulative and indirect effects of proposed projects, like pipelines, airports, and highways, on surrounding areas. NEPA had helped to spare the health of communities that often disproportionately suffer from pollution by mandating that those agencies prepare environmental impact assessments and consider alternatives to proposed developments, as well as mitigation measures.

Environmental advocates promised legal challenges to the new rule after it was revealed. And one lawsuit arrived Friday when California Attorney General Xavier Becerra announced that his office is suing the Trump administration for the 100th time in less than four years. It’s a milestone that Becerra said reveals the lengths states must go to in order to protect citizens against the actions of the president.

“This is the 100th time that Donald Trump has been caught violating the law,” Becerra told Grist. “And we had to act to protect our people, our values, our resources.”

Becerra and Washington Attorney General Bob Ferguson are leading a coalition of 23 attorneys general representing states and territories as far west as Guam and all the way east to the District of Columbia. The goal, Becerra said: halt the administration from actually implementing the NEPA revision.

The new challenge is part of a broader effort to preserve the public’s voice in federal decisions that may threaten the environment and public health. Becerra said that allowing federal agencies to ignore cumulative impacts is particularly troublesome for residents of low-income neighborhoods and communities of color that are already besieged by pollution from environmental hazards, like industrial facilities and major roadways.

“If you’re able to cut corners, to take shortcuts, the folks who are going to get left behind are the folks who are already struggling just to stay on the margins,” Becerra said. “And so no doubt that for vulnerable communities, this Trump rule change would be, not just harmful, but I think, devastating.”

At a joint press conference with Becerra, Ferguson noted that Washington was particularly proud to join California in the suit because  Henry Martin “Scoop” Jackson, who represented Washington as a U.S. Senator from 1953 to 1983, authored NEPA. Ferguson referred to the act as the “Magna Carta” of federal environmental laws.

NEPA has long been used as a legal tool by grassroots environmental advocates who are fighting projects that would add new environmental hazards to their neighborhoods. These advocates say Trump’s new rule will allow major industrial projects to proceed without adequate consideration of existing pollution burdens or disclosure of new harmful impacts to surrounding communities.

Preserving cumulative impact assessments, particularly at the federal level, is crucial to protecting these communities, said attorney and Vermont Law School Professor Marianne Engelman Lado, an expert on how environmental contamination affects vulnerable populations. She points to places like Flint, Michigan, where multiple sources of pollution are concentrated predominantly in low- income neighborhoods and communities of color. Knowing what’s already happening on the ground, she explained, is crucial when determining whether to proceed on new projects.

“When we do any expansions or re-permitting or permitting or zoning or decision-making at the local, state and federal level, we have to recognize that [these facilities are] already concentrated,” Engelman Lado said. “The federal standard should say: We’re going to look at the cumulative impact of facilities that are already there.”

Understanding the current environmental burdens on one California community is what drove Becerra last February to sue the Federal Aviation Administration, along with the San Bernardino International Airport Authority and the developer of an air cargo facility, for unlawfully approving a controversial airport expansion in San Bernardino without the environmental analysis required under NEPA. The city and surrounding region are already burdened with some of the worst air quality in the nation, as well as dozens of logistics facilities that attract a lot of truck traffic and its accompanying emissions.

In announcing the NEPA revisions in July, the Trump Administration stated that its new rule makes approving projects more efficient and effective, and “will ensure consideration of environmental impacts of major projects and activities.” But Becerra and environmental advocates say that claim couldn’t be farther from the truth. Brett Hartl, government affairs director for the Center for Biological Diversity, an environmental group, told the New York Times that the Trump administration was “turning back the clock to when rivers caught fire, our air was unbreathable, and our most beloved wildlife was spiraling toward extinction.” He too expressed exasperation at the ignoring of cumulative effects, which he argued would also eliminate the need for federal agencies to consider the future effects of climate change while evaluating infrastructure projects. “This may be the single biggest giveaway to polluters in the past 40 years,” Hartl told the Times.

Kerene Nicole Tayloe, director of federal legislative affairs for the New York City–based nonprofit WE ACT for Environmental Justice, told Grist recently that environmental advocates are especially concerned that the Trump administration’s revisions of NEPA will curtail public engagement. Tayloe’s hope is that the recently introduced Environmental Justice for All Act, — cosponsored in the Senate by Kamala Harris, now the Democratic vice-presidential nominee — is enacted into law. If so, she says, it will actually strengthen NEPA and provide states across the country with the tools to fight instances where communities are battling multiple sources of pollution and contamination.

“If we really want to protect communities, we must have laws on the books that speak to empowering us legally with the tools that we need to do that,” Tayloe said.

To date, 51 of the 100 lawsuits that Becerra’s agency has filed against the Trump Administration have involved environmental issues. In those 100 cases, his office has secured 59 legal victories — including outright wins, settlements, and in cases that are ongoing, injunctions from judges that have temporarily stopped actions by the Trump administration. He told Grist that his office will continue to monitor the administration and challenge conduct that is unlawful.

“I hope never again in America does a state — does a people — have to take on the President of the United States to protect itself against its own president,” said Becerra. “But that’s what we’ve got to do. We’re ready to step into that ring and fight.”