Why did a Chicago community of color get stuck with a scrapyard? 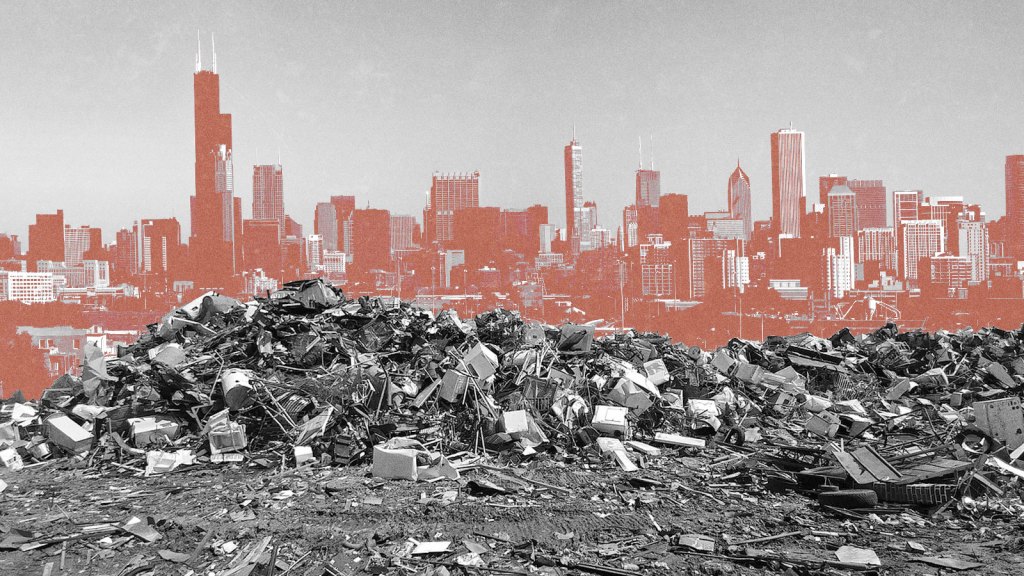 After a polluting scrapyard closed in a predominantly white and wealthy neighborhood on Chicago’s North Side last year, the very same company got approval to open a new scrapyard on the city’s predominantly low-income and Latino Southeast Side. Now, the state of Illinois’ decision to approve the new venture is the target of a federal civil rights investigation by the Environmental Protection Agency, or EPA.

The EPA’s investigation, which was launched on Monday, stems from complaints brought by two Chicago-based environmental justice groups, the Southeast Environmental Task Force, or SETF, and the Chicago Southeast Coalition to Ban Petcoke.

The complaint alleges that the state discriminated against the Latino and Black communities in southeast Chicago when it approved new permits allowing the scrapyard to move into the community without proper public participation and meetings. The complaint also says that the state-level Illinois EPA colluded with city agencies and developers to settle new polluting industries in corners of the city where heavy industries have already contaminated residential yards with oil byproducts, lead, and arsenic, among other pollutants. Since 2014, the Illinois EPA has conducted more than 75 special inspections of Southeast Side industries for failing to meet pollution standards. The neighborhood is also home to Chicago’s latest federal Superfund site.

“With our complaint, we wanted [the Illinois EPA] to understand how we see the situation as residents and how we know the operation is going to negatively impact our community,” said Peggy Salazar, a lifelong Southeast Side resident and director of SETF.

The new probe coincides with a separate investigation by the U.S. Department of Housing and Urban Development, or HUD, looking into the Chicago Mayor’s office’s handling of the permit process for the new shredder, which is owned by the Ohio-based Reserve Management Group. HUD is investigating an August complaint filed by Southeast Side residents that alleged the city intensified housing segregation by allowing polluting industries to cluster in their neighborhood.

Reserve Management Group’s North Side shredder had a troubled history before it closed last year. In 2019, the operation agreed to install additional pollution controls after the U.S. EPA cited the site for excessive emissions and failing to obtain a correct operating permit. But even after that, the Chicago Department of Public Health cited the shredder on 11 separate days early last year, suggesting that its pollution-control equipment was failing to properly control emissions.

Many attribute the approved relocation of the shredder to a 2017 Chicago city council order that re-zoned industrial areas on the North Side for high-end commercial development, incentivizing industrial businesses to relocate to industrial corridors on the Southwest and Southeast Sides. At the time of its closure in mid-2020, the North Side shredder was surrounded on three sides by property rezoned for the Lincoln Yards upscale housing development.

The state’s EPA approved the company’s permit for a Southeast Side facility in June, arguing the agency “exerted considerable effort” in listening to and evaluating resident concerns around the proposal. When contacted by Grist, the Illinois EPA said the agency would work closely “with U.S. EPA and involved parties.” The city of Chicago did not immediately respond to requests for comment.

Environmental advocates and residents on the Southeast Side argue that their neighborhood is being unfairly burdened.

“We refer to ourselves as a sacrifice zone,” explained SETF’s Salazar. “The revitalization of parts of Chicago are planned, and they frame the [South and West Sides] as the accommodating communities. To them, we’re here to accommodate — not participate — in the revitalization.”

SETF and the Chicago Southeast Coalition to Ban Petcoke are hoping that their complaint opens the door for more equity in the state’s environmental policies.

“What we’re fighting for is actual policies that will accommodate environmental justice communities,” Salazar told Grist.