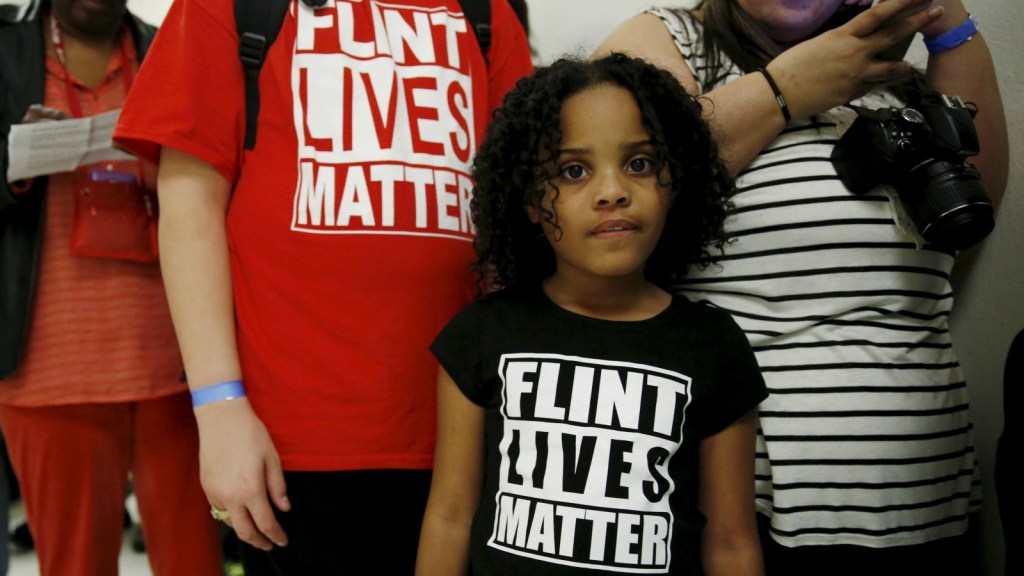 In 2009, trains arrived in Uniontown, Alabama, carrying 4 million tons of coal ash, the toxic residue from burning coal. The ash was recovered from a spill in Kingston, Tennessee — a town that is more than 90 percent white — and brought to a new landfill less than a mile from the residential part of Uniontown, which is 90 percent black. Soon, Uniontown residents began reporting breathing problems, rashes, nausea, nosebleeds, and more.

“The smell, the pollution, and the fear affect all aspects of life — whether we can eat from our gardens, hang our clothes, or spend time outside,” resident Esther Calhoun later said.

Uniontown residents filed a complaint to the Environmental Protection Agency’s Office of Civil Rights in 2013, alleging that the waste was disproportionately affecting black property owners. By allowing the landfill to exist, they said, Alabama was violating Title VI of the 1964 Civil Rights Act, which mandates that federal funds not be used in a discriminatory purpose. The EPA is supposed to respond to such complaints within six months. Three years after filing the complaint, Uniontown residents are still waiting for an answer.

The story is one of many detailed in a scathing report by the U.S. Commission on Civil Rights, a government watchdog group, on the EPA’s “long history” of not effectively enforcing its anti-discrimination policies. “EPA does not take action when faced with environmental justice concerns until forced to do so,” it reads. “When they do act, they make easy choices and outsource any environmental justice responsibilities onto others.”

For years, critics have accused the EPA of neglecting communities of color, pointing to cases from toxic air in Richmond, California, to lead-contaminated water in Flint, Michigan.

The report sheds light on why this might be the case: Despite receiving early 300 discrimination complaints since 1993, the EPA’s Office of Civil Rights has “never made a formal finding of discrimination and has never denied or withdrawn financial assistance from a recipient in its entire history,” the report found. Last year, the Center for Public Integrity found that it takes the EPA a year, on average, to decide to accept or dismiss a Title VI complaint, and that the agency dismisses or rejects the discrimination complaints in more than 9 out of 10 cases.

Much of the U.S. Commission on Civil Rights report focuses on coal ash, which typically contains arsenic, mercury, and other heavy metals that are “associated with cancer and various other serious health effects,” according to the EPA. The ash is America’s second largest industrial waste stream (after mining waste), with 130 million tons generated each year — more than 800 pounds for every man, woman, and child in the United States. Until recently, the coal ash was typically dumped in unlined pits and covered with water, sometimes contaminating local water sources.

In 2014, the EPA came out with the first-ever coal ash storage rule — after environmental groups sued the agency for evading its responsibility to revise its waste regulations. The regulations say that new coal ash pits must be lined, and unlined pits need to be cleaned up — but only if they’re connected to active power plants and found to be polluting groundwater. What’s more, the rule doesn’t allow federal enforcement, leaving lawsuits as the only mechanism of ensuring that the guidelines are followed.

The U.S. Commission on Civil Rights report took issue with these weaknesses, saying the rule “requires low-income and communities of color to collect complex data, fund litigation and navigate the federal court system — the very communities that the environmental justice principles were designed to protect.”

It recommends that the EPA bring on additional staff to respond to discrimination complaints and handle the current backlog (some cases are decades old). It calls for the agency to classify coal ash as hazardous waste, test water near coal ash ponds in poor and minority communities, and study the health effects of the waste. It also points out that all this will be difficult without funding from Congress — currently, only eight EPA staff members are directly responsible for Title VI compliance.

In a statement to the Center for Public Integrity, the EPA said that the report had “serious and pervasive flaws” and included factual inaccuracies and mischaracterizations of EPA findings. Mustafa Ali, environmental justice advisor to EPA head Gina McCarthy, said, “EPA has a robust and successful national program to protect minority and low-income communities from pollution.”

In places like Uniontown, Alabama, it’s hard to see evidence of such a program. “EPA is more focused on process than on outcomes; more focused on rhetoric than results,” wrote commission chair Martin Castro in the report. “By any measure, its outcomes are pathetic when it comes to environmental justice.”