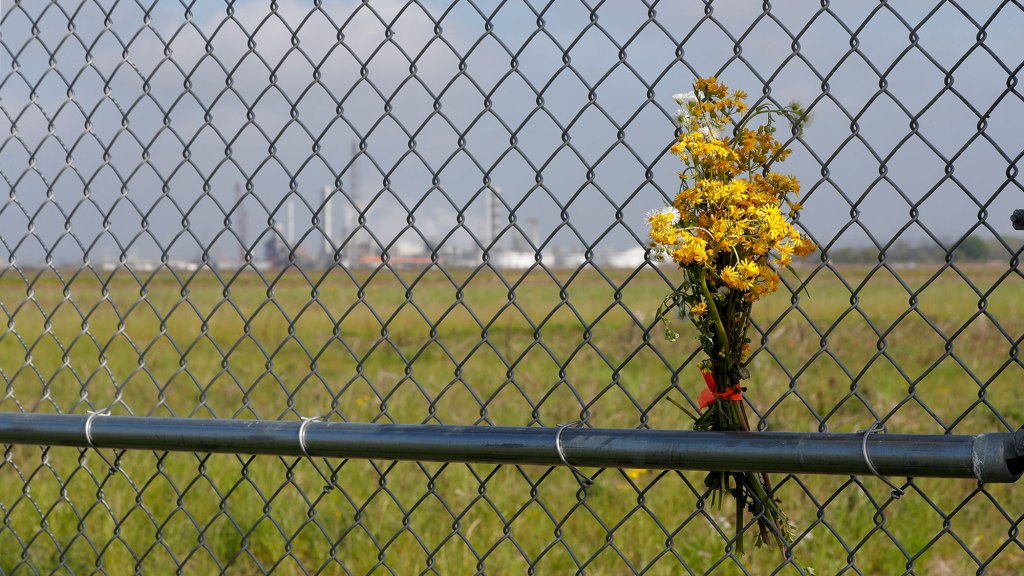 A group of Black residents from St. James Parish, Louisiana, got the green light on Thursday to hold an hour-long Juneteenth prayer service on a burial plot containing the remains of formerly enslaved people. The ceremony, planned for Friday, has been a point of contention — not due to fears over coronavirus, which has hit the community particularly hard, but because the site technically belongs to Taiwanese plastics manufacturer Formosa.

This decision is the latest incident in a long series of legal battles between the company and the community. When they found out about the remains last year, RISE St. James — a grassroots environmental justice group that has been trying to stop the plastics company from setting up shop since 2018 — had members pay visits to the site, which is part of a former sugarcane plantation, to pray, sing and place flowers. But that all changed in January when the Louisiana Department of Environmental Quality approved permits for the company to construct a $9.4 billion petrochemical complex on the location.

Sharon Lavigne, president of RISE St. James, told Grist that the last time she visited the location, authorities told her that Formosa didn’t grant access permission to the site and that if she ever returned, she would be arrested.

Formosa told Grist that the company is still working to communicate with agencies to conduct research and learn more about the identities of the people buried on their property. Internal documents obtained by RISE St. James via a public records request, however, show Formosa’s own archeological findings concluded the site was indeed a slave burial ground. But in an email to Grist, Jim Harris, the company’s spokesperson, claimed “no archaeologist has been able to confirm the identity or ethnicity of the remains discovered on [Formosa] property.”

In accordance with state laws, the company said they are working to identify any descendants associated with the remains, and would eventually gather community input on the deceased’s identities. “Once this process is complete,” the company said it will “work with the state archaeologist and any identified relatives to have the remains respectfully re-interred in a proper cemetery.”

On Monday, RISE St. James received a letter from Formosa declining to give them access to the burial site on Juneteenth — a holiday that falls annually on June 19 and celebrates the end of slavery in the United States. But later that same day, a state judge granted the organization a temporary restraining order, allowing them to move forward with the prayer ceremony. Judge Emile R. St. Pierre wrote that Formosa won’t suffer any harm as a result of a peaceful prayer service, adding that holding the event was within the residents’ constitutional rights.

Formosa then submitted a motion to dismiss the restraining order which led to the trial, asking once for the judge to reconsider his decision and halt the Juneteenth prayer service due, at least in part, to the safety and liability concerns of construction evidently happening at the site. Lavigne contested that she has not seen any active construction happening on the site.

“[Formosa] recognizes the importance of acknowledging this historical and meaningful day,” Harris said. “However, once the judge has an opportunity to consider all factors in this matter, we believe he will determine that the safety and liability concerns of an active construction site are significant enough to restrict unauthorized access to the property.”

Tensions between St. James Parish’s Black residents and companies like Formosa are informed by the region’s long-standing legacy of industrial pollution. St. James Parish is part of Louisiana’s “cancer alley,” an 85-mile industrial corridor along the Mississippi River between New Orleans and Baton Rouge. The area’s Black population has been particularly hard-hit by the COVID-19 pandemic. Many residents already have underlying health conditions from industry-linked pollution that put them at risk of contracting the virus. Research from the Tulane University Environmental Law Clinic identified high levels of fine particulate matter concentrated in Louisiana’s southeast industrial corridor, which experts say could also impact the severity of COVID-19 cases.

On Thursday, the state judge reaffirmed RISE St. James ability to hold a Juneteenth Ceremony, but Formosa still marched to the state’s capital in Baton Rouge to file an appeal, which the court also rejected.

Regardless, Lavigne told Grist that she is determined Friday’s Juneteenth event will happen no matter what. “The judge already made his decision, I feel like victory is mine,” Lavigne said. “We’re going to beat them, and I can feel it in my spirit.”