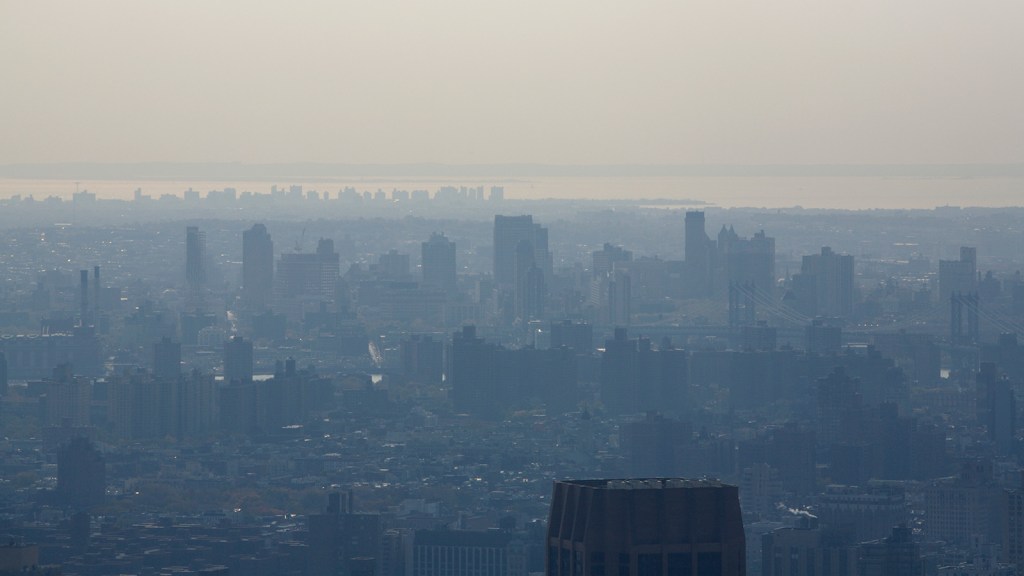 Not everybody gets to breathe clean air. So how do we decide who winds up wheezing through the smog and who winds up inhaling fresh air? Too often it depends on your skin color.

For the most part, even when controlling for poverty, race is a far better indicator when it comes to determining who lives under a cloud of pollution in the United States. Thanks to a new, interactive air pollution index created by the National Equity Atlas, you can have a closer look at what that means, state to state and city to city.

Here’s how it works: The average person in the U.S. lives in a place that ranks in the 50th percentile for air pollution exposure, based on the EPA’s 2011 National Air Toxics Assessment. Anyone below the 50th percentile is essentially breathing better air than the average American, and anyone above the 50th is worse off.

What makes the big difference? Race. People of color rank at the 60th percentile while white people breathe easier at the 44th percentile.

You might think that poverty would play a stronger role. Don’t poor people face more air pollution, regardless of race? The short answer is, yes, but barely. People of color living below the poverty line in the U.S. are reaching for their inhalers at the 62nd percentile, while those living above the poverty line fare slightly better at the 60th percentile.

By contrast, whites living below the poverty line are still better than average at the 46th percentile, while those above the poverty line rank at the 44th percentile. In other words, poverty hardly changes the ranking at all. Overall, poor whites still breathe cleaner air than better-off people of color. That’s true for the U.S. as a whole and in region after region.

“I’m sure it’s the case that in some regions, race may matter a little less, but by and large the result is that race explains the differences in pollution exposure holds,” says Justin Scoggins, the data manager for the Program for Environmental and Regional Equity at the University of Southern California who also manages data for the National Equity Atlas, which created the index.

When looking at the index, we can distinguish among people of color. Blacks, Asians, and Latinos all fare worse than the average American when it comes to air pollution exposure. Native Americans get surprisingly fresh air at the 37th percentile. I’m going to guess that may have to do with the fact that about 20 percent of Native Americans live in reservations. And reservations are often highly polluted from coal, oil, and gas extraction. The index also doesn’t measure for water and other kinds of pollution.

We can also sort by state, city, or metropolitan region and find surprises. Metropolitan areas around two famously progressive and green-friendly cities, Seattle and Minneapolis, have bad air as well as stark inequities by race.

The National Equity Atlas also provides a list of resources to combat these inequities, based on creating policies that promote equitable air quality. Think land-use planning that includes people of color in decisions about the way their neighborhoods are shaped, green affordable housing that builds homes with the premise that no one should live near environmental contamination, and leadership development that encourages those people who are most affected by pollution to advocate for themselves. All are important — as is acknowledging that communities of color face disproportionate burdens when it comes to environmental contamination.