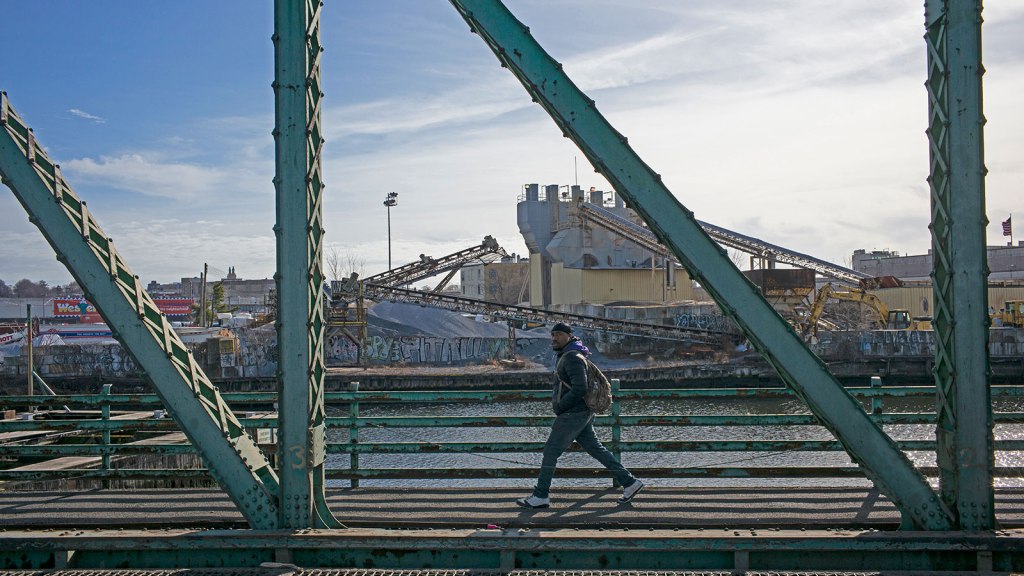 Robert Nickelsberg / Getty Images
the room where it happens

These are not just any power plants. The six facilities in question are “peaker plants,” designed to fire up only during times of peak demand, like hot summer days when New Yorkers are cranking up their air conditioners — and air quality is already compromised.

Peaker plants typically operate less than 10 percent of the time, but they have an outsized effect on communities and the environment. Of the city’s 16 peaker plants, most of them are at least 50 years old, and some run on especially dirty fuels like oil or kerosene. These old plants are disproportionately located in communities of color in the Bronx, Brooklyn, and Queens that are simultaneously burdened with other health risks like heat vulnerability. In addition to emitting carbon dioxide that is heating up the planet, they release harmful pollutants like nitrogen oxides, sulfur oxides, and tiny, easily inhalable particles that contribute to respiratory issues.

Residents in these communities also feel the burden year-round on their energy bills. A recent report estimated that New Yorkers pay $450 million per year to run the city’s peaker plants no more than a few hundreds hours. The report was authored by the newly formed PEAK Coalition, an alliance of five leading environmental justice groups working to replace fossil fuel peaker plants with renewable energy and battery storage.

Now NYPA has agreed to bring PEAK into the fold as it studies ways to transition its six plants to cleaner technologies. In a memorandum of understanding, the two parties agreed to “evaluate the potential to replace existing peaker units” and “augment or otherwise install renewable and battery storage systems” on these sites and in surrounding communities.

NYPA will hire two consultants: one to evaluate various clean energy options, and a second to provide an independent assessment to the PEAK Coalition. All data and analysis will be shared between the parties. Eddie Bautista, executive director of the New York City Environmental Justice Alliance, which is one of the members of PEAK, said these provisions would even the playing field.

“In all of the other exchanges that we have with industry,” he said, “they always have the advantage of having information that we don’t have access to or engineering or modeling assumptions that we can’t pick apart.” Now the environmental justice organizations will have someone advising them, helping them understand technical analysis, and giving them the tools to push back on things they don’t agree with.

The PEAK Coalition has pushed for renewables and batteries to replace the peaker plants, and Bautista said they will be wary of any plans to include renewable natural gas in the mix. A spokesperson for NYPA told Grist that “all options are on the table,” including alternative fuels as well as carbon capture technology. She said the study will identify both short-term and long-term solutions.

NYPA is aiming for its consultant to issue final recommendations by next June, at which time it and PEAK will discuss next steps.

NYPA’s six peaker plants were all built in 2001 and are some of the newest and cleanest in the city. However, new state regulations will require many of the older plants to shut down in the coming years, whereas NYPA’s plants are already in line with the forthcoming pollution limits. In other words, the new agreement is a sign that NYPA is looking to go beyond compliance.

The collaboration is also an opportunity for NYPA to build more trust and make up for past harms. Back in 2000, when NYPA was planning to construct the new plants, it rushed the process, using a loophole to forego environmental reviews. UPROSE, one of the members of the PEAK Coalition, sued the power authority and won in an appeals court. Though the suit didn’t stop the plants’ construction, NYPA had to go back and prepare a full environmental impact statement, including an assessment of the impacts of particle pollution on neighboring communities.

“It’s inevitable, like they would have to get rid of these peakers at some point,” said Bautista, referring to New York’s statewide mandate to achieve carbon-free energy by 2040. “What’s really gratifying is that they’re willing to sit down and have a conversation with us now so we can try to find a pathway to get there.”