Pro-tip: It costs a lot when you spill tar sands oil into a river 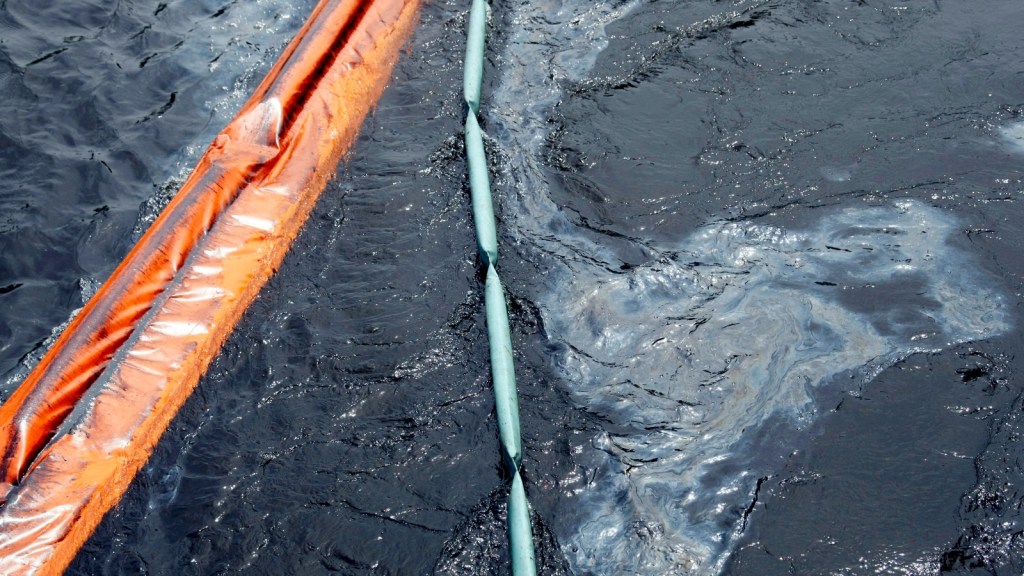 Absorbent booms collect oil from the Kalamazoo river in Western Michigan, July 30, 2010. REUTERS/Rebecca Cook
You Break It, You Bought It

Pro-tip: It costs a lot when you spill tar sands oil into a river

One of the worst inland oil spills in U.S. history will result in a fine second only to the one levied for the Gulf’s 2010 Deepwater Horizon disaster — and the largest ever for a pipeline accident. Canadian-based Enbridge will pay $61 million for violating the Clean Water Act and $110 million in safety upgrades for its pipeline system that spans the Great Lakes, the U.S. government announced Wednesday.

The 2010 rupture near Marshall, Michigan, polluted the Kalamazoo River and tributaries with more than a million gallons of dirty tar sands oil. Workers in the Enbridge control room initially ignored automated warnings about the rupture and continued forcing oil through the broken pipe for several hours. Enbridge has already spent close to $1 billion on clean-up and related costs.

Although Enbridge initially denied its line was carrying bitumen from the Alberta tar sands, it became quickly apparent that this was no ordinary spill. The heavy oil sank to the bottom of the riverbed, increasing the length and difficulty of the clean-up. The spill occurred just as the movement against the Keystone XL pipeline, proposed by an Enbridge competitor, was gaining momentum. President Obama ultimately denied Keystone’s construction permit last year.