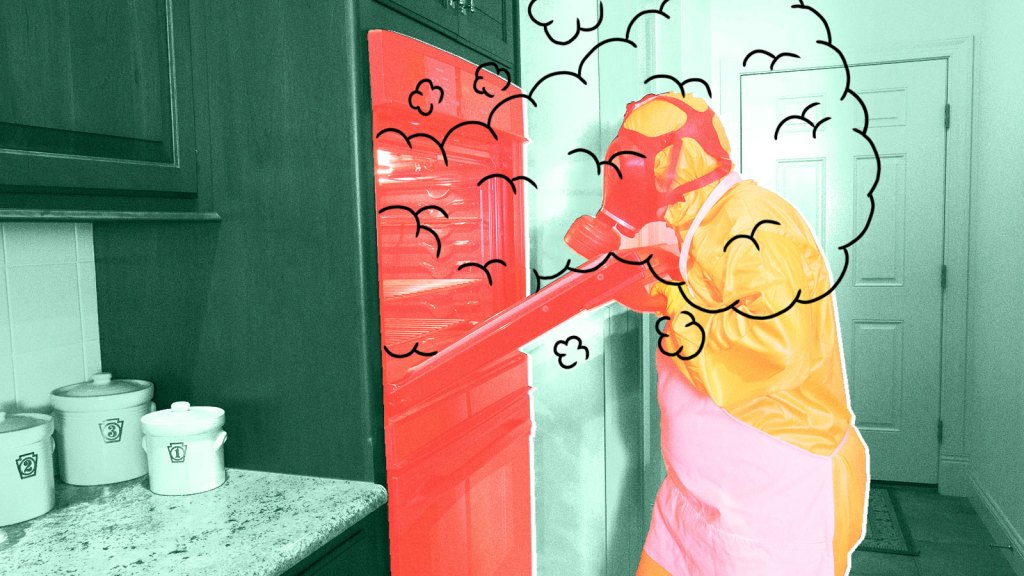 After nearly two weeks of suffering through some of the worst air quality in the world, fresh winds blew the wildfire smoke out of Seattle, Portland, and other West Coast cities last weekend. About 1 in 7 Americans lived through at least one day of dangerous air quality this year, making this the worst smoke season on record.

It’s not just the air outside that’s bad when it gets smoky — it’s the air inside, too. People tend to think of air pollution as an “outside” problem created by wildfire smoke, car exhaust, and pollution from power plants, unaware of the hazards of household air pollution, which kills almost 4 million people worldwide prematurely every year.

Even if your windows and doors are shut, outdoor air seeps into your home through cracks, crawlspaces, and unfinished seams, and it brings pollution with it, said Delphine Farmer, a professor of atmospheric chemistry at Colorado State University.

Americans spend more than 90 percent of our time inside, but what happens in homes is largely unregulated, and also understudied. That’s partly because of the perception that our homes are our personal spaces to do whatever we want. But it’s also because indoor air quality has proven tricky to measure. It varies wildly between homes and even between rooms, Farmer said.

The COVID-19 pandemic presents a complicated picture for indoor air. This spring, the lockdowns brought a period of clear skies and cleaner air as cars disappeared from the roads. This stretch of time, now called the “Anthropause,” improved outdoor air quality around the world.

The irony is that the pandemic has made some indoor air quality problems worse. More time at home means more time around mold spores, harsh household cleaners, and fumes from the gas-burning stove. Add that to the wildfire smoke that sneaks inside and gets trapped.

Normally you can just open your windows to air out your house. But not during a smokestorm. If your windows have to stay closed while you’re cooking, “it means you’re getting exposed to a lot more pollutants,” Farmer said.

Researchers are just beginning to understand some of the complexities of indoor air, and they’re finding that its effects can linger and interact in unexpected ways. The emissions from what you cooked an hour or two ago can interact with the mopping you’re doing now “and do some interesting chemistry — but not one chemistry that one wants to actually breathe,” Farmer said.

“Even though what was happening with COVID was new, a lot of the issues with what was going on in the indoor air space were not,” said Jamaji C. Nwanaji-Enwerem, an environmental health scientist and final-year medical and public policy student at Harvard Medical School and the Harvard Kennedy School of Government. “It surfaced this longstanding issue that people hadn’t thought about or dealt with appropriately.”

People on the West Coast are getting familiar with the hazards of airborne particulate matter. The tiny particles found in smoke, whether from a wildfire or from something burning in the kitchen, sail through your nose and into your lungs, contributing to asthma, heart disease, and lung problems.

Home cooking is generally healthier than eating out, nutritionally, but it’s worse when it comes to breathing (unless maybe all you’re doing is chopping vegetables for salads). High-heat cooking can be especially bad. Roasting a pan of brussel sprouts in a gas oven, for example, can temporarily stir up levels of fine particulate matter in your home on par with the air of the worst polluted cities in the world.

A report from King’s College London in May found that households were cooking an extra hour per day during the pandemic, exposing them to 19 percent more particulate pollution.

Gas stoves are notoriously bad. A study from earlier this year in California found that cooking over a gas stove for an hour led to concentrations of nitrogen dioxide that exceeded state and federal air quality standards. Nitrogen dioxide contributes to smog, and it can lead to respiratory problems and more emergency rooms visits.

“Cooking is very definitely a dominant source of pollution in residential indoor environments,” Farmer said. For periods of bad wildfire smoke, officials recommend that people who are sensitive to smoke keep nonperishable groceries on hand that don’t require cooking.

Many workplaces have regimented cleaning schedules to decrease the chance of spreading coronavirus. Some gyms take midday breaks just to sanitize everything, and stores are cleaning break rooms a lot more regularly. It’s appropriate to keep things clean during a pandemic, but the overuse of some harsh products can contribute to hazards in the air.

“I definitely have concerns about the safety of people in work environments with heavy cleaning product use,” Farmer said.

It’s not that all “chemicals” are bad. Researchers haven’t found that pine-scented or natural product cleaners, for instance, create much in the way of toxic compounds, Farmer said. “Your nose is a pretty good guideline as to how toxic some of these cleaning products are,” she said. “You know, bleach is a pretty obnoxious scent and it also has some pretty obnoxious chemistry … In and of itself, it’s not too bad, but it reacts with surfaces in your homes and things in your air and makes an array of toxic products.”

Your house, our problem

While outdoor air is clearly a shared resource, indoor air seems like a private matter. That’s not exactly the case, said Nwanaji-Enwerem, the health scientist at Harvard. “The smoke that’s produced in one apartment can definitely affect a young kid living in an apartment upstairs or downstairs with asthma,” he said.

In a recent paper in the journal Nature, Nwanaji-Enwerem imagines a situation where a young boy with severe asthma has to spend all day at home in a dilapidated apartment building during the lockdowns, getting exposed to mold and secondhand smoke from his neighbors. If that kid has to get rushed to the hospital, it would defeat the main purpose of the stay-at-home orders, which was to keep people from overwhelming the health care system, he argues. This kind of scenario also puts the people most at-risk from COVID-19 complications — older adults, people with preexisting conditions, and people of lower socioeconomic status — at a higher risk of getting exposed to the virus, since they’re also “the most vulnerable to the particles that we find inside as well,” he said.

The pandemic has been called a “threat multiplier” because it exacerbates existing inequalities. Low-income households, for instance, often breathe worse indoor air because they tend to live in smaller spaces, have fewer resources to address household maintenance issues, and may also live in areas that are more polluted.

“The take-home message for a lot of these environmental health issues is that none of us really exist in isolation — our problems are linked,” Nwanaji-Enwerem said. The cascading disasters, from the pandemic to Hurricane Sally to the wildfires, just makes it all more visible.