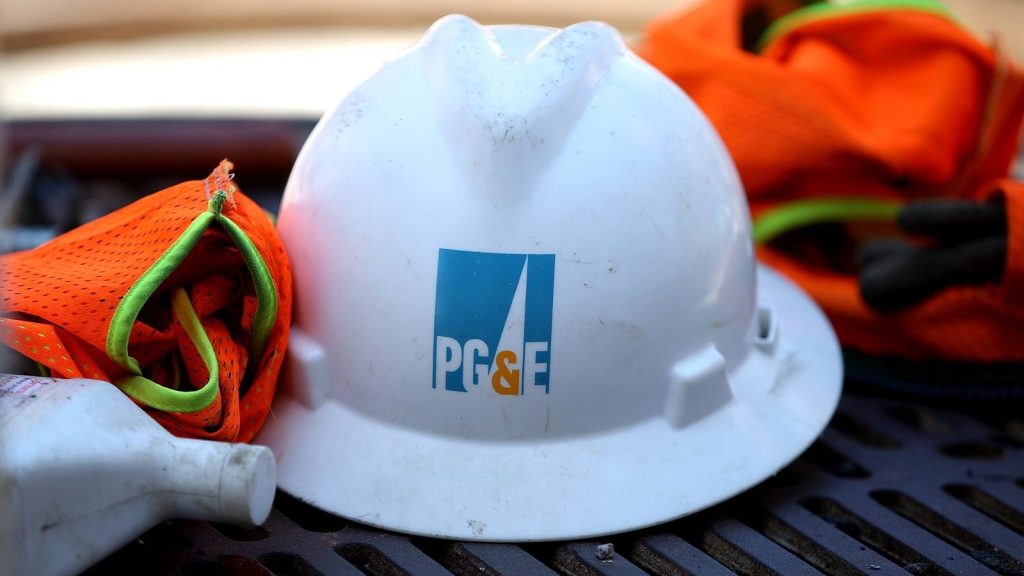 A breakup doubled Andrea Guinn’s living expenses overnight. Saddled with the bills and rent for the apartment she once shared with her ex in Queens, she fell behind on payments to Consolidated Edison, the $29 billion investor-owned utility that enjoys a monopoly on electricity in New York City.

By February, the 33-year-old said, she paid off all but $74 of the nearly $600 she owed the utility and stayed current on her monthly bills. But one night last month, she came home and discovered Con Edison had cut her power off anyway. She charged her dead phone on a nearly drained laptop battery and called the company, demanding it turn the power back on after failing to give proper notice. Staying awake by candlelight, she finally reached an operator at 1 a.m. The utility restored electricity the next day.

So as the coronavirus outbreak cascaded into a full-blown economic and public health crisis this week, Guinn was relieved when New York regulators said Friday that electrical and gas utilities across the state had agreed to stop disconnecting services for nonpayment.

“It shouldn’t take a pandemic for people to realize that energy should be a right,” said Guinn, 33, who works in Manhattan as a graphic designer. “Even briefly having that interrupted made me realize how precarious our system is … It’s terrifying.”

By Friday evening, regulators in at least eight states and five cities had directed utilities to maintain connections to ratepayers struggling to keep up with bills as officials urged Americans to stay home to avoid spreading COVID-19, the disease caused by the novel coronavirus. Nearly 50 more companies voluntarily pledged to postpone shutoffs, according to a survey by a watchdog group.

The illness, which the World Health Organization declared a global pandemic on March 11, and its economic fallout have paid borders no heed, spreading to at least 123 countries, with confirmed cases in nearly every state and Puerto Rico.

Yet not every American could count on uninterrupted light, heat, or water service. Nearly a dozen more utilities, including some that operate monopolies in major markets, either announced no such plans or vowed to continue service terminations, with at least one going as far as to email indebted customers a collections reminder on Friday. The disparity exposed what advocates say is a hole in the legal framework that governs when utilities are allowed to cut off services considered basic modern necessities during crises.

In states such as Ohio, New York, and New Jersey, state regulators said all major utilities volunteered to pause shutoffs. The investor-owned Arizona Public Service, the largest electricity provider in the Southwestern state, told the Phoenix New Times it suspended customer disconnects for all nonpayment “for the immediate future.” Pacific Gas & Electric Co., the troubled utility responsible for California’s most destructive wildfire in modern history, issued a press release vowing to stop all disconnects “until further notice.”

The announcements came under mounting pressure from public officials seeking relief for workers facing layoffs or reduced income as the economy slowed and federal lawmakers debated the merits of basic employee protections, such as paid sick leave.

Utilities refused to provide such relief. Florida Power & Light, one of the state’s largest utility monopolies, sent its millions of customers an email about its preparedness for the pandemic but directed those “experiencing hardship as a result of COVID-19” to a webpage offering payment plans and online billing.

In Arizona, Salt River Project, a public agency that sells electricity, declined to suspend disconnections, instead agreeing to“make every effort to work with our customers to avoid disconnections,” it told The New Times.

“That is something we’re considering,” Brian Guillot, Entergy New Orleans’ vice president of regulatory affairs, told Councilwoman Helena Moreno, according to a report in The Lens.

“I would ask for that answer to come today,” replied Moreno, who, as utility chair, is one of the few City Council members in the country to directly oversee a power company, which usually falls under state jurisdiction. “We really would expect the answer to be yes.”

Later that day, the company sent a letter to the council agreeing to temporarily suspend disconnecting only some customers for the next 30 days when “nonpayment is the result of the COVID-19 virus.”

“We will continue to monitor the situation and extend if necessary,” read the letter, signed by Entergy New Orleans CEO David Ellis.

The company told HuffPost the policy only applied to New Orleans at the moment as it waited for directions from state agencies. Corporate spokesperson Neal Kirby said the New Orleans division was still “determining” how to assess whether nonpayment was the result of coronavirus but claimed there were no shutoffs this week.

Enforcing specific criteria could prove difficult and amounts to a “dangerous hedging,” said David Pomerantz, executive director of the Energy and Policy Institute, a utility watchdog.

“If someone gets laid off or furloughed or they’re a small-business owner who has less money coming in and was already living paycheck to paycheck, is Entergy really going to ask for receipts here?” he said by phone. “It’s such a cruel way of thinking, worrying that someone is trying to take advantage of a moment of crisis to not pay their bills.”

His San Francisco-based nonprofit is running an informal survey to determine which utilities are continuing to halt services, and why, and posted the findings here.

The fact that so many utilities curtailed shutoffs voluntarily, as opposed to waiting for orders from regulators, highlights the lack of legal protections requiring companies to maintain services during a pandemic, he said. Most states bar utilities from shutting off power or gas if temperatures are below 32 degrees Fahrenheit or above 95 degrees, but the “offering of this protection varies by state,” according to a 2017 report from the NAACP. Yet nine states — Alaska, California, Colorado, Connecticut, Florida, North Dakota, Oregon, Tennessee, and Virginia — do not provide any state-regulated seasonal protections, the report found.

The report, which described the need to reform shutoff policy as a “human rights matter,” made no mention of pandemics but noted that exposure to extreme temperatures risked causing illness.

The Edison Electric Institute, an industry-funded trade group for utilities, outlined a very basic guide to planning for a pandemic, urging member companies to conduct new training, review policies on hygiene and sanitation, and communicate with workers, regulators and other “stakeholders.” But the eight-page memo made no mention of shutoffs, though a spokesperson for the group said the document was meant to “explain to the public the steps companies take to prepare for a pandemic — once there is one, they consider things like disconnects, often in consultation with their regulators.”

“Electric companies across the country are working with their communities and their regulators to identify ways to assist customers during this health emergency,” Brian Reil, the spokesperson, wrote in an email.

The panic over the coronavirus could spur the decentralized but growing campaigns in many cities and states, including New York and California, to bring investor-owned utilities under government control. Austin Energy, the city-owned power company in the Texas capital, announced its moratorium on shutoffs a day after its City Council raised electricity access as an issue.

“Regardless of ownership model, if the utility is not suspending disconnects, then I’d expect them to have a lot of political problems immediately,” Pomerantz said. “And they would deserve those problems.”

The public power movement is largely predicated on the idea that a publicly owned utility can be transitioned off fossil fuels faster than a private company, a premise that climate policy experts debate. But the Trump administration’s bungled response to the COVID-19 outbreak demonstrated the threat of an ideological overreliance on the private sector to solve a global crisis and could fuel calls for more public control over utilities.

“When a state or federal agency declares a state of emergency, the oversight is so much stronger than having to rely on pressure on private utilities that are still about making profits for shareholders rather than providing in a time of crisis,” said Aaron Eisenberg, a campaigner with the New York chapter of Democratic Socialists of America, which is pushing for the public takeover of Con Edison. “This crisis showcases the public power argument.”