Warming oceans could lure the world’s fisheries into uncharted waters 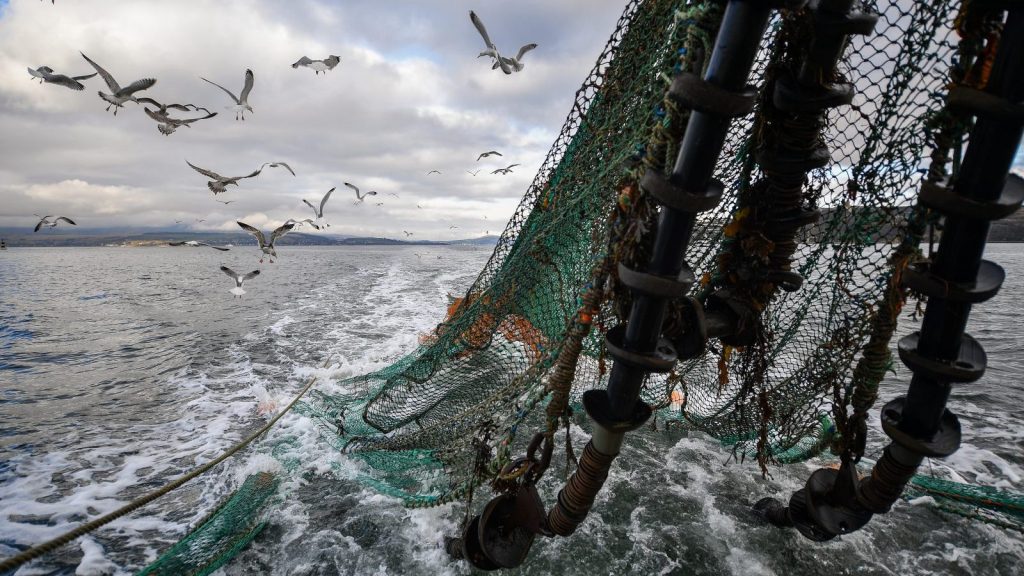 Warming oceans could lure the world’s fisheries into uncharted waters

If a fish finds itself in hot water, what can it do? As ocean temperatures rise, scientists predict many species of fish will relocate to cooler waters by moving away from the tropics and swimming polewards.That’s a situation that will likely lead international fishers into troubled waters, according to a new study.

For mid-latitude countries like the U.S., shifting fish populations would mean losing some familiar species and gaining others as new species swim northwards toward cooler waters. Tropical countries, on the other hand, aren’t expected to get any influx of new fish to replace the ones that leave. Even with the most diligent fishery management, that would leave them with a sizeable gap in income and nutrition — unless they were to venture beyond their present day fishing boundaries.

These climate-driven population shifts are expected to empty tropical seas of many species crucial to commercial fisheries. Northwest Africa, for example, may suffer losses of up to 25 percent of their fish species by 2050, with nearly 60 percent hightailing it for cooler waters by 2100. This could drive seafood from one country’s waters to another and lead to international conflicts.

But the International Law of the Sea — which defines a country’s exclusive economic zone as the first 200 miles from its coastline and has been ratified by nearly 170 countries — doesn’t address what countries can do if warming seas chase fish out of their current ocean territories. Beyond 200 miles, the high seas and massive international trawlers reign, and almost anything is fair game, setting fisheries up for international conflict. A recent study in Nature Sustainability that reviewed more than 100 international fishing agreements found no records of rules that address what happens when climate change drives one country’s fish into another’s waiting nets.

And we may not have to wait several decades to confront this maritime chaos. The specter of quasi-empty seas within a mere generation or two could encourage people in fish-unfulfilled countries to aggressively uptake species while they can, hastening the onset of sea-dwelling species decline. After all, some might argue, why nurture healthy local fish populations if they’re destined to move away regardless?

The whole situation reeks of injustice like spoiled tuna, especially since the communities that will suffer most from migrating fish stocks contribute comparatively little to climate change. Fish are also the main protein source for about a billion people, especially in many of the coastal regions most vulnerable to losing species. “Give a person a fish and they’ll eat for a day, but teach a person to fish and they’ll eat for life” only works if there are fish to be found.

There is one upshot: It’s possible to avoid most of the predicted damage to tropical fisheries if the world curbs its carbon footprint. Unlike the depressing litany of unavoidable climate milestones — like further melting of Arctic sea ice or increased coral bleaching — the researchers estimated that even a moderate reduction in global emissions could stop most of the fish species they examined from abandoning their current tropical home waters. Policy adjustments that allow more flexibility for fishers in areas losing fish due to climate change could also play a key role.

Accepting that fish stocks in many countries won’t stay put for future generations and crafting policy for that reality now “could ease the impact on those nations while preserving the resource for others,” the report said.