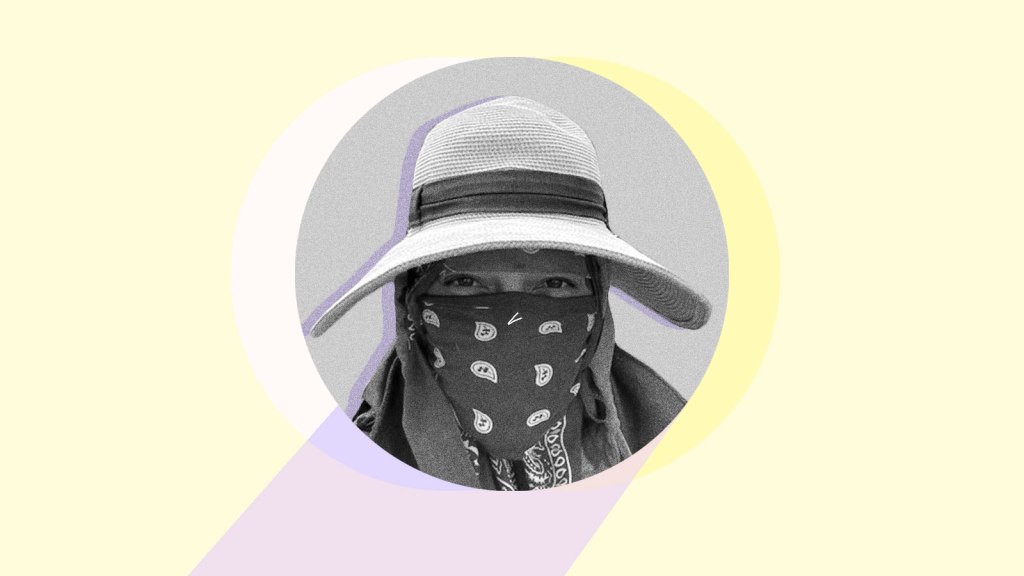 What storytelling means in times of crisis

An abridged version of this essay was first published in our semi-weekly newsletter, Climate in the Time of Coronavirus, which you can subscribe to here.

Some days, it seems as if the bad news is never-ending during this pandemic. The vulnerable communities I cover on my beat for Grist have been especially hard hit. Last week, as I reported on the health risks farmworkers endure just to get food to our tables, it was particularly heartbreaking to hear the stories of workers facing a Hobson’s choice between feeding their families and giving up their jobs to protect themselves and their children from COVID-19.

In the midst of this crisis — the terrifying sickness, the isolation, the loss of our way of life, and the death of so many around the world — our natural instinct might be to say: No more. To scroll onward to something more positive. But as someone who has had the privilege of listening to the voices of those on the frontlines during some of the most tragic events, I can say that it’s during these moments when I’ve witnessed humanity at its best.

Some of the most amazing stories of resilience that I’ve reported have unfolded as people faced the worst circumstances of their lives: Haitian earthquake survivors hit by a cholera outbreak, San Bernardino residents killed in one of the worst mass shootings in U.S. history, and everyday people facing horrific violence in Ciudad Juárez, Mexico, where hundreds of women and girls have mysteriously disappeared and been killed with impunity for years.

When I told my father, who is Mexican, that I would be spending six weeks in Juárez reporting that last project back in 2003, I’ll never forget the look of concern in his eyes. “You’re headed straight into the wolf’s mouth,” he warned me in Spanish. I took him seriously. He knew the depths of the Mexican government’s corruption — it’s what drove him and my mom to immigrate to the United States. He knew that Mexican journalists had lost their lives reporting on these femicides. I promised him I’d be careful, but I went as planned with two colleagues.

Setting aside the threat we faced as journalists just being there, it was tough to report in every way imaginable, from the oppressive heat to the gut-wrenching stories of mothers who had lost their daughters. But the toughest challenge was Angel Atayde Arce, a very angry 15-year-old boy who had been orphaned after his mother disappeared, and who at first refused to talk to me. He spent most of his time either avoiding me or running away, until he eventually opened up. Two years after we published our series “The Women of Juárez” in the Orange County Register, Angel was gunned down in his Juárez colonia by gang members.

Telling his story — how he went from little league player to orphan to gang member — was just one of many reminders of how quickly and even instantly life can change, and change tragically. And yet this boy, in his grief, taught me how even in the harshest circumstances we can still carry on. Despite his loss, the extreme poverty of his neighborhood, and the government’s ineptitude in bringing his mother’s killers to justice, what drove him onward was his love for his brother and sister and his hope that they might have a better life.

It’s in times of crisis that our character is tested, and part of what drives my reporting is the desire to understand how humans survive these tests. Every interview is a lesson. Every story reminds me that I have a responsibility to my readers to relay what I’ve learned: the loss, the anger, the hope, the resilience, the good, and the bad that are part of our stories as humans.

My dad should have known better than to try to discourage me from going to Juárez. He’s the one who instilled in me a love for storytelling. I learned about the real Mexico — not the country in the headlines — by listening to his tales. He was a kid who grew up poor in Mexico City, taking to the streets as a pint-sized entrepreneur at seven years old to sell his mom’s hand-made kites. With that same tenacity, as an adult he built a small chain of tortilla mills. From him I learned about the good and the bad: my grandfather serenading the troops of the Mexican Revolution with his guitar, and my grandfather succumbing to alcoholism working in Mexico City’s cantinas.

Today, there are so many stories of hardship — farmworkers living in garages, renting rooms in mobile homes, and crowded into apartments. Yet every day they wake up, head into the fields across my home state of California, and courageously risk exposure to the novel coronavirus, just to feed their families and all the rest of us.

I know where my place is, and what my job is during these times.

The generation that survived World War II teaches us to do our part, even when the hardships seem insurmountable. As author Max Brooks put it so succinctly during a recent CBS Sunday Morning news segment: “I think that the greatest generation’s message to all of us is that in times of crisis, everyone has a part to play. You cannot just live your life for you. You are part of a whole, you’re part of a community, and you must do your part.”

In his book The Origins of Creativity, Edward O. Wilson discusses how storytelling became a unifying force for our hunter-gatherer ancestors. He cites an elder from the hunter-gatherers of the Kalahari Desert known as the Ju/’hoansi (!Kung Bushmen), who once said: “Our old people long ago had a government, and it was an ember from the fire where we last lived which we used to light the fire at the new place we were going.” They passed along their stories like torches that might light the way to a better future.

The COVID-19 pandemic has exposed the inequalities of our society, and we’ve yet to see the true extent of the virus’s damage on our lives. But if we hear each others’ stories, and learn from the example set by those on the frontlines, maybe we’ll find a way out together.