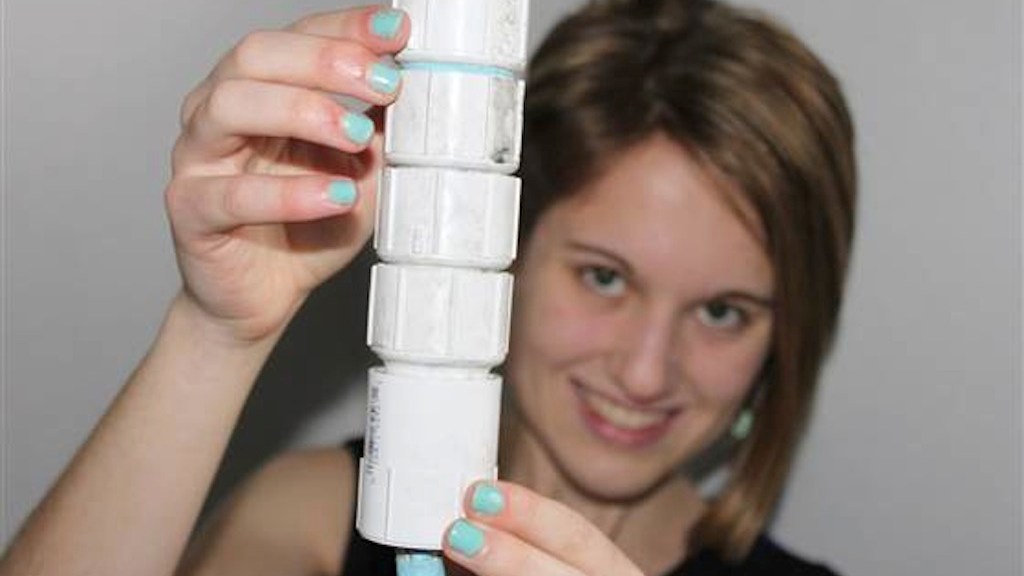 Many 18-year-olds, if told by their summer boss to, essentially, screw off and amuse themselves, would do just that. Meghan Shea screwed off and invented a water filtration system that’s cheap and that cleans water of 99 percent of the E. coli bacteria it goes in with.

Two summers ago, Shea was on a summer science fellowship at Texas Tech University. She was supposed to be working with a microbiologist professor. But he was too busy, and she was sent off to work on her own, with the vague mission of looking into “water purification.” Shea started reading about moringa oleifera, a commonly occurring tropical tree. Moringa seeds had been identified as a possible low-cost purification material, but never really developed seriously.

She built a filter out of PVC piping, with a layer of crushed seeds, and then layers of your run-of-the-mill water filtration materials, like charcoal and soil. It’s not the best water filter out there, but, if you happen to live in a place where moringa seeds are plentiful, it’s the sort of thing you could build yourself pretty easily and cheaply. Earlier this month, Popular Mechanics recognized Shea as its top next-generation innovator of the year. She started school this fall at Stanford, and, Philly.com reports, is applying for a patent for her filter.