A college isn't green if it's not safe for women 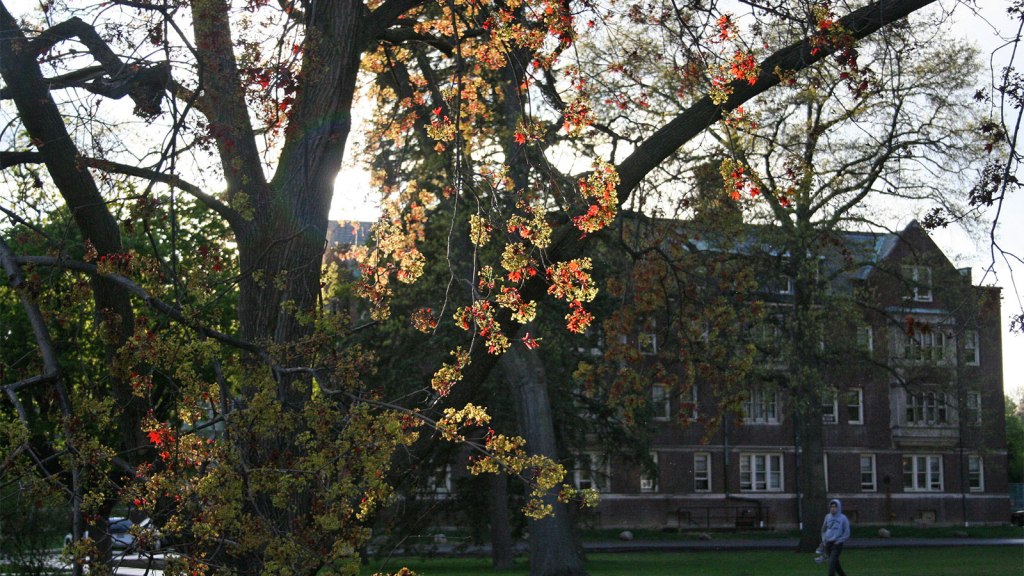 Vassar College is probably the most beautiful place I will ever live in my life — and that’s fine, because it set the bar impossibly high. The whole campus is a meticulously cared-for arboretum, and the grounds are covered in over 200 species of trees and countless more native plants. It also has an ecological preserve and a quaint organic farm on its expansive, lovely grounds. To see October at Vassar, if you’re not already jaded by it, is to have your jaw dangling for more or less 31 days straight.

Great care and unimaginable funds, surely, are poured into the campus’ upkeep. As freshmen, a friend and I tried to cut some forsythia branches from outside the dining hall to decorate my tiny dorm room, and almost immediately heard enraged shouts. I turned around to see a landscaper speeding toward me on one of the gray-and-maroon “BUILDINGS AND GROUNDS”-emblazoned golf carts.

“Do you know how much goes into planting these things? Don’t let me ever catch you doing this again.”

Message received: Do not even think about fucking with Vassar College’s hallowed flora. I once (accidentally! I swear) pushed a girl off the stage at a Vassar-organized concert and not one of the dozen security guards in the vicinity so much as batted an eyelash, but touch the plants and you are in for it. And I get it: The college’s setting is such an inextricable component of the student body’s experience. Without the orchard by the lake, or the massive oaks, or the evergreens creating protective rings around the dorms, it would not be the same place.

It is easy to fall under the assumption, in this Hudson Valley Eden, that nothing bad could ever befall its students. Which is why a student’s open letter to the college’s administration detailing an utter mishandling and failure to prosecute her rape caught me off guard. Vassar, this golden-foliaged dreamland, appeared to have near-unlimited resources to lavish on the care of its students. I always believed that when something as awful as rape would happen here, the tight-knit community would rise up in support of the victim, and justice would be swiftly dispatched.

But no. As it turns out, Vassar is no different from the 85 universities and colleges currently under federal investigation for inadequate handling of sexual violence. The woman in question brought her case before the school’s administration, an act that is itself very, very rare (an estimated 4 percent of campus sexual assault victims report their attacks) and takes tremendous courage. And like so many others across the country, the Vassar powers-that-be dismissed it, and then again dismissed her appeal. And this is certainly not the first time sexual assault has been mishandled at Vassar: Last spring, a friend wrote (very poignantly) for the school’s newspaper about the ordeal of trying to get a serial rapist in her social group expelled.

The egregious misconception is that Vassar is not one of those schools, where something like this could happen: There’s no Greek system, there’s no football team, and almost every course in every discipline involves a dialogue about oppressive patriarchal and racist systems. The sad truth is that there is no school that is immune to a culture that views a woman’s body as fair game for whatever man can get his hands on it, by whatever means, and furthermore does not see that behavior as worthy of punishment. For a school that takes such pride (rightfully so) in preserving the natural beauty of its campus, it’s bizarre and troubling that it would not take more to protect the right of its students to explore that campus on their own terms without having to fear assault.

In the 21st century, the fact that the White House needs a designated task force to address campus rape is tragic. The fact that one in five women are sexually assaulted while at undergraduate institutions — spaces that should, by right, be safe and nurturing for all of their students — is head-poundingly frustrating. And the great irony here is that Vassar, a school that was founded for the express purpose of creating an institution in which women could safely get an excellent education (and later went co-ed in 1969), cannot be bothered to ensure that rapists may find no home on its campus. As a woman, how could you feel truly safe in such a place?

(It bears mentioning that I did feel protected and secure for my entire time at Vassar, and it breaks my heart not only that that was likely an illusion or simply naïveté, but that the women there now do not get to enjoy the same right.)

Environments are not just made of trees and plants and green things. A protected and fastidiously cared-for green space, no matter how idyllic, is useless if the people meant to experience it do not feel safe. Creating a more sustainable city is a moot point if many of its citizens are threatened merely walking its streets — by the very people who are designated to protect them. Having a more efficient and accessible public transit system is great, but it will still be hindered if half the population may be subject to threats and harassment. You can invest millions of dollars into creating and preserving a beautiful piece of nature for people to learn in, but if you fail to act to prevent sexual assault from taking place in that very space, that effort is wasted.

I am very proud to be a Vassar alumna, but at the moment I’m just so disappointed in the college — not for being any worse than any other school in the news for the very same issues right now, but for being just as bad. And “just as bad” is clearly not going to change the type of system that keeps women in that perpetual state of cautiousness experienced on streets, in parks, and now, on campuses.