A new rallying cry for the big game: Save the mascot! 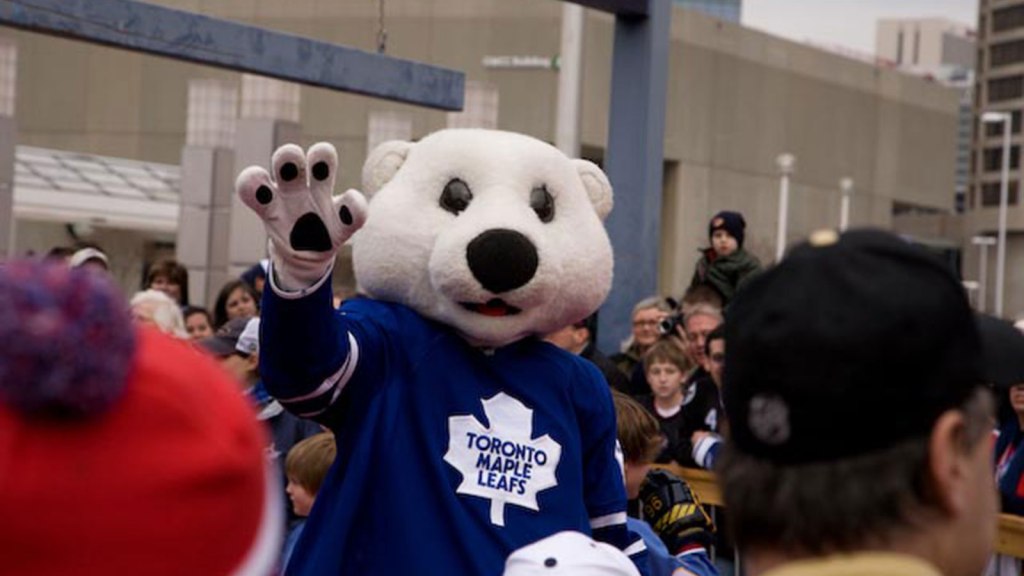 A new rallying cry for the big game: Save the mascot!

This weekend, hundreds of thousands of fans will yell themselves hoarse in support of polar bears, red wolves, wolverines, and lynx. At least the ones that appear with smiles and snarls on T-shirts and football helmets. Do these mascots bring to mind actual animals? Do fans think about population numbers and habitat destruction as they chant a critter’s name at the big game? Probably not.

But many of the animals most coveted as mascots — the largest, the most dangerous — are in deep trouble. Last week, the World Wildlife Fund reported that humans have killed off half of all the vertebrates on the planet since 1970 — and few species are harder hit than the ones with talons or sharp teeth.

Take tigers, for example. Fans spent an estimated $4.59 billion on college-licensed towels, video games, and sweatpants in 2013, according to the Collegiate Licensing Company. The tiger helped Louisiana State roar its way to the top 10 universities earning the most merchandise royalty revenue from mid-2013 to mid-’14, according to the report. The Auburn Tigers are No. 11 on the list, and the Clemson Tigers are No. 22.

But real tigers are fighting to survive. The Department of Wildlife and National Parks in Malaysia estimates Malayan tiger populations have dropped to just 250-340 animals. Bengal tiger numbers may be down by as many as 40 in the Indian state of Maharashtra, according to preliminary results of the 2014 count. The total number of tigers in the world is less than 3,500, and all subspecies are listed as endangered on the International Union for Conservation of Nature’s Red List. Three of nine subspecies are already extinct.

What if universities supported the animal that supports them? A small percentage of merchandising royalties would go a long way — buying habitat, improving law enforcement, raising public awareness. A recent campaign to reduce poaching of Amur tigers on the China/Russia border cost $90,000 — not much if split between tiger mascot teams. Or, if schools balked at cash donations, professors could conduct studies on the chosen critters, or students might volunteer on restoration projects. Fans could learn about the species whose name is in their mouths.

This proposal doesn’t seem so whacky in the light of the recent controversy over whether college athletes are getting a fair cut of the cash they bring in. A federal court decided in August that college players, and not just the National College Athletic Association, could profit from their names and likenesses. The NCAA settled a similar lawsuit, paying $20 million to basketball and football players whose image appeared in Electronic Arts video games without their permission.

Besides, the schools have a financial stake in the mascots’ survival. An extinct mascot loses its power. To die off completely implies a certain weakness. What is the fight song of the Passenger Pigeons? Where are the Great Auk sweatshirts? Who is rooting for the Dodos?

Working models exist. The University of Montana (where I went to graduate school) cheers on the Grizzlies and is a center of grizzly bear research. One professor is the former co-chair of the International Union for Conservation of Nature’s Bear Specialist Group. The College of Forestry and Conservation partners with the U.S. Fish and Wildlife Service Grizzly Bear Recovery Program, studying where the bears roam and trying to reduce conflicts with people. The grizzlies are more than abstractions.

Of course, helping wildlife is sometimes controversial. Not everyone who roots for the Grizzlies likes the thought of bears roaming nearby mountains. In Nevada, students and alumni wear sweatshirts marked with paws and snarling canine faces of the Wolf Pack. But even though the last confirmed wolf sighting in Nevada was in 1941, the Division of Wildlife recently tried to take wolves off the state endangered species list, so they could be killed if they did cross the border. On the other end of the country, the Audubon Society declared Florida Atlantic University, home of both the Burrowing Owls and actual burrowing owls, an owl sanctuary in 1971. The school later destroyed some of the owl habitat for a football stadium.

Can one justify supporting the Wolf Pack, wearing a hat with a wolf on it, and howling like a wolf, and not be in favor of the survival of real, lower-case wolves? If you root for Polar Bears, like Bowdoin and the University of Alaska Fairbanks, shouldn’t you work against climate change? (As it happens, they do, with an Arctic Studies program and a Center for Global Change, respectively.) Adopting the identity implies an obligation.

My children’s elementary school mascot was a dragon. Every time I looked at the purple and green fire breather on their T-shirts, so fierce and cute, it struck me as a cautionary tale. If we let animals become purely symbolic, they might as well be mythological. If we lose sense of their smelly, unpredictable, inconvenient, actual lives, soon symbols are all they will be — pictures and words and memories.