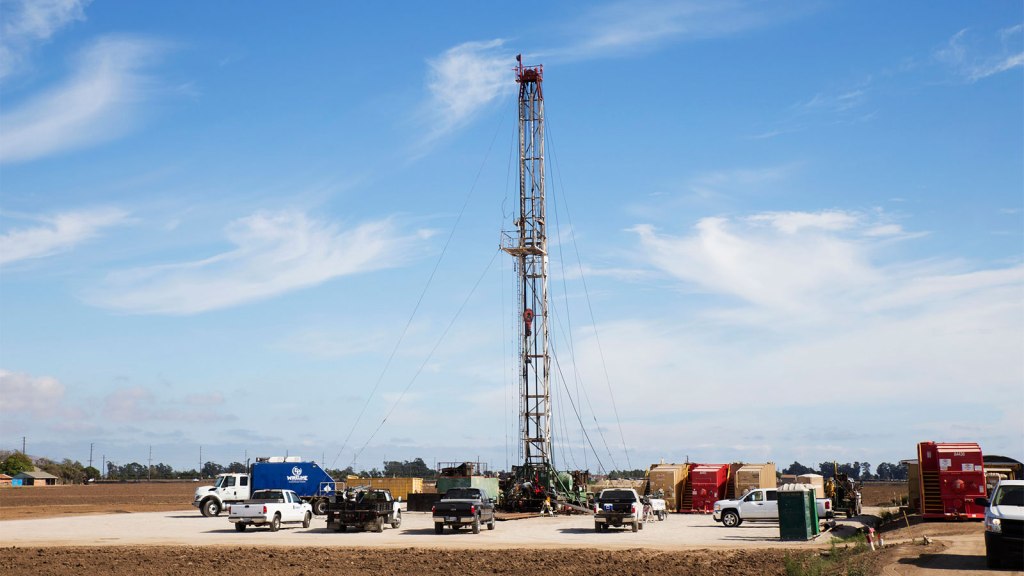 Faces of Fracking
What the Frack?

California can officially add one more disaster to its rapidly growing list of water woes: The EPA just found that at least nine fracking sites throughout the state have been dumping billions of gallons of contaminated wastewater into its protected aquifers.

Not only do many of these aquifers supply drinking water to residents throughout the Central Valley, they’re also reaching dangerously low levels due to overuse, as many farmers rely on aquifers for irrigation and have been overpumping groundwater supplies as the drought carries on.

According to a letter sent to the EPA by the California State Water Resources Board, roughly 3 billion gallons of wastewater were illegally injected into aquifers throughout central California. The EPA ordered the report following contamination concerns after 11 fracking wastewater injection wells were shut down in July by state officials, DeSmogBlog reports:

The letter, a copy of which was obtained by the Center for Biological Diversity, reveals … that half of the water samples collected at the 8 water supply wells tested near the injection sites have high levels of dangerous chemicals such as arsenic, a known carcinogen that can also weaken the human immune system, and thallium, a toxin used in rat poison.

Timothy Krantz, a professor of environmental studies at the University of Redlands, says these chemicals could pose a serious risk to public health: “The fact that high concentrations are showing up in multiple water wells close to wastewater injection sites raises major concerns about the health and safety of nearby residents.”

The full scope of the contamination still remains to be seen — as many as 19 other injection wells could be sources of contamination as well, according to the report. Historic drought, top water officials who don’t follow their own water restrictions, and now widespread contamination of what little water in the state is left? The Golden State just can’t catch a break.