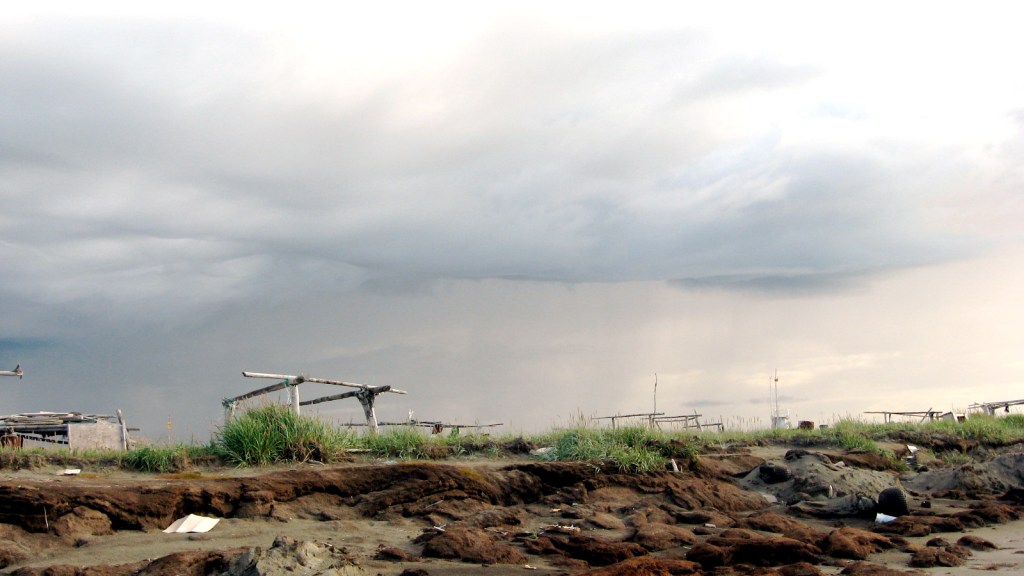 Alaskan Native communities are soon to be the happy(ish?) recipients of $8 million from the U.S. Department of the Interior in order to encourage climate resilience. If you think that $8 million sounds like chump change when it comes to federal disaster relief funds, and particularly piddling when you consider that the money will go to an area deeply in need of repair and protection in the midst of a climate-induced crisis — well, you are right!

The Office of the Assistant Secretary-Indian Affairs issued a press release on Tuesday announcing that U.S. Secretary of the Interior Sally Jewell plans to make the money available for promoting “climate change adaptation and ocean and coastal management planning.” The press release also states that the Interior “must act to protect these communities” — because, we assume, Alaskan tribal nations are losing access to basic needs like food, water, and adequate shelter due to the effects of climate change.

That money isn’t, however, intended for rebuilding purposes. The Department of Interior notes that of these funds, $4 million will be available for “climate adaptation planning” and the other half for “ocean/coastal management planning” — essentially, it will all go to educate, train, and plan for climate adaptation. More funds could come from President Obama’s FY16 budget proposal, which included $50 million to support resilience projects in coastal areas.

A little background, now: Alaska Natives tribes occupy about 4 percent of U.S. land, and make up about 1 percent of the population — and for the part of that 1 percent living in Alaska, climate change is a significant health hazard. For the tribes that still practice traditional lifestyles, 80 percent of their diets are foods gathered from the immediate surrounding — but they can’t gather like they used to, because climate-change provoked coastal erosion is making food harder to come by. Other scary, climate-induced effects include aquatic changes, ecosystem shifts, and increased flooding due to melting ice shelves.

Native Americans have been making their case for relocation money for years. One coastal Alaskan town, Shishmaref, has sought funding since 2002. Homes lack running water and plumbing, beaches are shrinking, and houses are literally falling into the sea. How much would it cost to save the town by moving it inland? That’s estimated at a cool $179 million.

So, you get it: $8 million isn’t nearly enough to prepare Alaskan villages for rising seas and a warmer climate. With this federal money, tribal nations members will be sitting in on technical workshops about “long-term climate resilience” while they watch their homes slowly tilt towards the shore.