America's new poet laureate is the son of migrant farmworkers 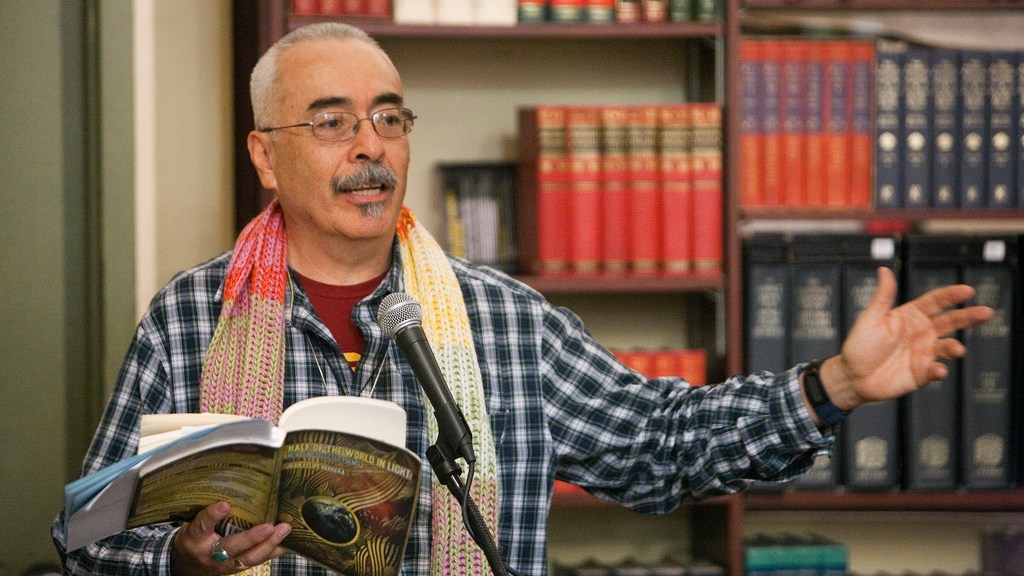 America’s new poet laureate is the son of migrant farmworkers

Today, Juan Felipe Herrera became America’s newest poet laureate, the highest public office for poetry in the country. Much of Herrera’s work revolves around Mexican-American identity, influenced by his experience growing up as the son of migrant farmworkers and his roles in California’s Chicano civil rights movement and the Bay Area’s beat poetry scene.

The appointment of Mr. Herrera, who will succeed Charles Wright, comes as the country is debating immigration, a recurring subject of his work, which has been collected in books like “Border-Crosser With a Lamborghini Dream” and “187 Reasons Mexicanos Can’t Cross the Border.”

Herrera’s new designation comes at a time when immigration is very much a hot topic across the country. Furthermore, violations of migrant farmworkers’ human rights — from pesticide exposure to rapes in the fields — are also increasingly in the public eye. Here’s hoping his new role will keep building the dialogue around these issues.