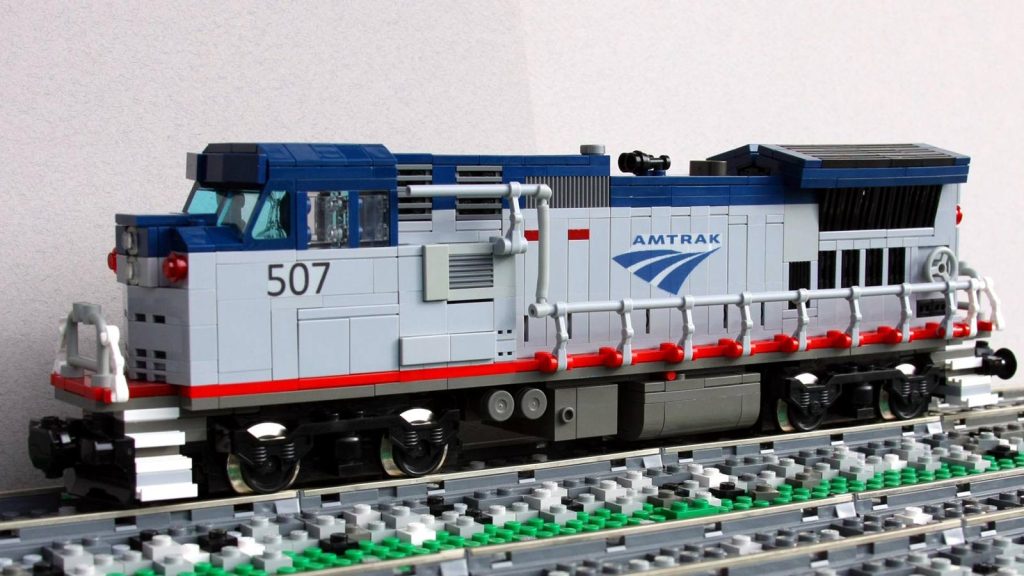 The journey of 1,000 miles begins with a train that hasn’t shown up yet.

That’s fine. This is the future, and so, for the first time ever in a long life of waiting for Amtrak to show up, I received an email from my train telling me that it wouldn’t be at Boston South Station for another two hours. It would have been nicer if I’d gotten the message before I gave up my spot in the epic line outside one of the best dim sum places in Chinatown. But it’s also a gorgeous summer day, so I can sit outside and read instead of being stuck inside with the torments of a Homeland Security video playing on perpetual repeat. (If you see someone do anything: freak out!)

This is the second time I’ve moved cross-country on Amtrak. A regular passenger ticket comes with the ability to check up to four huge bags (as well as two carry-ons), so if you’re a person who doesn’t get attached to furniture, Amtrak is the way to go. When I moved to Boston two years ago from Oakland, Calif., a friend of mine who was going to grad school out there offered to split a rental truck with me and road-trip it. After we did the math, we realized that, in addition to the truck rental, we’d be paying about $800 for gas, at least. Meanwhile, a train ticket cost about $200 apiece and we’d be generating less emissions. We both took the train instead.

Now it was time to move back, and this time I was going to do it right. I was not going to have to unpack and repack my boxes at check-in because some were slightly over the 50-lbs-per-item weight limit, while the baggage attendant watched me, arms folded, and warned me to come better prepared next time because I was going to miss my train. (I did not miss my train, and I was nowhere near missing my train.)

I was going to wrap the gears of my bicycle in cardboard this time, so that I would not have to use a metal nail file to smooth away the gouges that were keeping my bike from shifting properly. I was going to pack a heroic amount of groceries, because I really was not fond of the food in the dining car.

A friend of mine once told me that, in Russia, the only thing that you needed for a long train trip was poppyseed bread, sausages, and vodka. While I fantasize about being that kind of traveler, I packed like I was going camping: kale and potato salad for the first day, then trail mix, hard cheese, peppermint tea, and powdered instant espresso. The café car gives out hot water for free (though I always tip) and so I also brought a thermos to store it in.

I arrived two hours before the scheduled departure time with one bicycle (packed, per regulations, in cardboard box), one folding kayak, and two other bags loaded down with books and sweaters. The baggage cart with which I lugged them from the curb was a thing of beauty – solid steel casters and frame, decades old, in perfect working order. I love Amtrak in the same way that I love things like this luggage cart. There are very few experiences as satisfying as using a tool that was made by someone to work and keep on working. Our country’s rail system was built under dodgy circumstances, but once it was built, it was designed to last a very, very long time. Despite the obstacles that are thrown in its way, it still does.

I was not mocked by the baggage attendant. Dropping off that luggage cost a total of $30: $10 per extra bag, and $10 over that because one of those boxes was a bicycle.

And now the train was two hours late leaving from its first stop of the journey. In a way, I’ve been waiting for Amtrak for most of my life. Once, in college, the train taking me home for Christmas was so late that I actually left the station, went to my restaurant job a few blocks away, worked a complete shift, came back, and waited a few more hours before the trains showed up.

Lateness has dogged Amtrak since its birth. When it was created, in 1970, it was because the companies that owned the rails didn’t want to carry passengers any more. The deal that was struck was not exactly a great one for the newly formed company or its passengers: It paid for the right to use the rails, but since it didn’t control the rails itself, its trains would be shunted off to side tracks to wait while freight trains (which the railroads still owned, because they were still profitable) were routed ahead of them. It was a problem right from the beginning – just five years after Amtrak was created, a group of executives and a Federal judge heading to New York for a hearing on rail passenger problems arrived late because they got stuck behind a slow-moving freight train. This is why passenger trains today take longer than they did in the 1920s.

In 2008, the Passenger Rail Investment and Improvement Act set up a process where, if a railroad that leased space to Amtrak caused it to be late more than 80 percent of the time, the railroad could be forced to pay a fine to Amtrak. There was much rejoicing – at least until 2013, when the U.S. Court of Appeals for the D.C. Circuit ruled that even though Amtrak was “a curious entity,” straddling the public and private sectors, it was still a for-profit corporation, and therefore giving it this ability was giving it inappropriate governmental powers.

Since then, delays caused by freight trains have multiplied. The fact that railroads are making a killing shipping the crude created by the fracking boom in the U.S. and Canada makes them even less likely to let Amtrak go to the front of the line. On the Empire Builder route, which goes right by the Bakken Shale, only 21 percent of trains arrive on time.

Which is another way of saying: As someone who knows about this stuff, I knew what I was getting into. I’m still excited. I’m going to cross America! I’m going to climb the Rocky Mountains while drinking endless cups of hot tea!

The train finally arrives, three hours late, and we all pile on. A train attendant walks by, and I ask him about the delay. It’s freight, of course.

Finally, though, it’s our chance to go. And so we’re off.

Read on to part two: What the railroads did to make everyone hate them so much.