Are all K-Cup-style coffeemakers totally terrible? 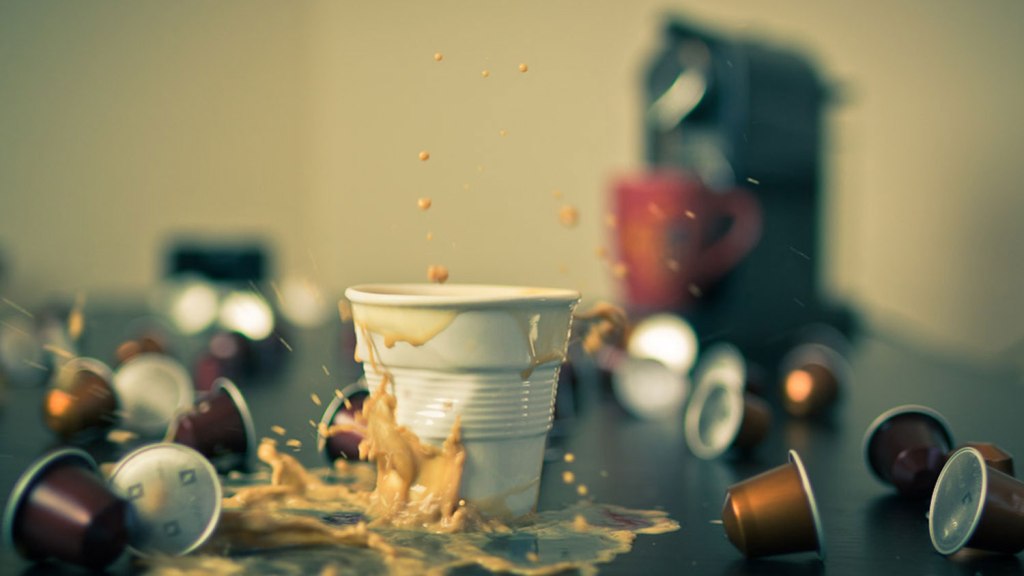 Are all K-Cup-style coffeemakers totally terrible?

Q. I saw the #killthekcup video. Do all single-serving coffeemakers cause the same waste problem? How about the Nespresso coffeemakers?

I presume you mean this video, in which a Godzilla-esque monster made of single-serving coffee pods lays waste to a city, squishing innocent civilians as it goes? Its message is clear: K-Cups, as those little throwaway coffee pods are called, are wreaking havoc on the environment on a scale usually associated with giant lizards. The video, produced by a Nova Scotia media team, is meant to raise awareness about all the plastic trash that single-serving coffeemakers create — and if you’re any indication, Arthur, it’s working.

K-Cups (the most recognizable brand, made by Keurig) and their ilk are big business these days: Americans spent $3.8 billion on them last year, up from $234 million in 2009, and 15 percent of U.S. households now own a single-serving system. The appeal is in the convenience — pop a pod into your specialty coffeemaker, it brews a custom mug-full just for you, then you toss the pod in the garbage — but the devil is in the details. In 2013, Keurig sold enough K-Cups to circle the planet 10.5 times (8.3 billion), and sales heated up to 9.8 billion last year. The cups, made from usually non-recyclable #7 plastic, almost always end up in a landfill. That giant lizard thing isn’t sounding quite so far-fetched anymore.

Now to your question, Arthur: Are all single-serving coffeemakers equally wasteful? Well, not quite. Nespresso, a Keurig competitor, makes its capsules out of recyclable aluminum. But because they’re so small, many local recycling plants won’t accept them. Instead, a diligent recycler would need to collect the used pods and drop them off at a participating retailer or mail them back to Nespresso for recycling (and composting of the grounds). The company should be commended for thinking about end-of-life disposal, but it does take away from the convenience factor a bit, doesn’t it?

Keurig is trying to clean up its act, too. The company currently has a mail-in program for used K-Cups, though the recovered plastic pods end up burned for energy, not recycled. A few new Keurig products use #5 plastic and are therefore partially recyclable. And the company recently announced plans to make all K-Cups recyclable by 2020, which would be a big step forward.

Other single-serving coffee brands are doing it even better. A few are recyclable, like Dean’s Beans and upcoming options from Mother Parkers Tea & Coffee. Even more promising would be compostable options that break down completely, and there’s progress in that direction: San Francisco Bay Coffee has a 97-percent biodegradable pod, and OneCoffee has pushed it to 99 percent (the filter mesh remains landfill-bound). Canadian company Club Coffee also plans to release a 100-percent compostable pod made from bioplastics this year, which would be nice for coffee drinkers with access to municipal composting.

But here’s the thing with all of these single-serving coffee capsules, Arthur: For years, we battled the 3 p.m. doldrums with drip coffeemakers. Coffee snobs and solo sippers turned to a French press, pour-over, or single-cup filter. All of these reusable options delivered a caffeine fix, and they could do it without creating a speck of garbage (assuming you compost the filter and grounds and use a recyclable/compostable paper coffee bag or buy bulk beans in a reusable bag).

Compare those methods to any brand of single-serving coffee pod, even the best of which require the manufacturing of lots and lots of individually packaged (not to mention very expensive) caffeine bombs and the worst of which create mountains of straight-up trash, and you’ll see what I’m getting at here. Perhaps the best question is not which K-Cup-style brand to buy, but why anyone is using these throwaways in the first place. I know, I know, K-Cups make brewing coffee marginally faster and easier, but really, I’ve never found scooping grounds into a filter all that onerous.

If you’ve already jumped on this trend and own a single-cup coffeemaker, a refillable stainless-steel coffee pod beats all of the disposable options. If you’re merely curious about the single-serving phenomenon, my advice is to stick with the tried-and-true brewing methods. It’s supposed to be a coffee break, anyway, so let’s enjoy those extra couple of brewing minutes.