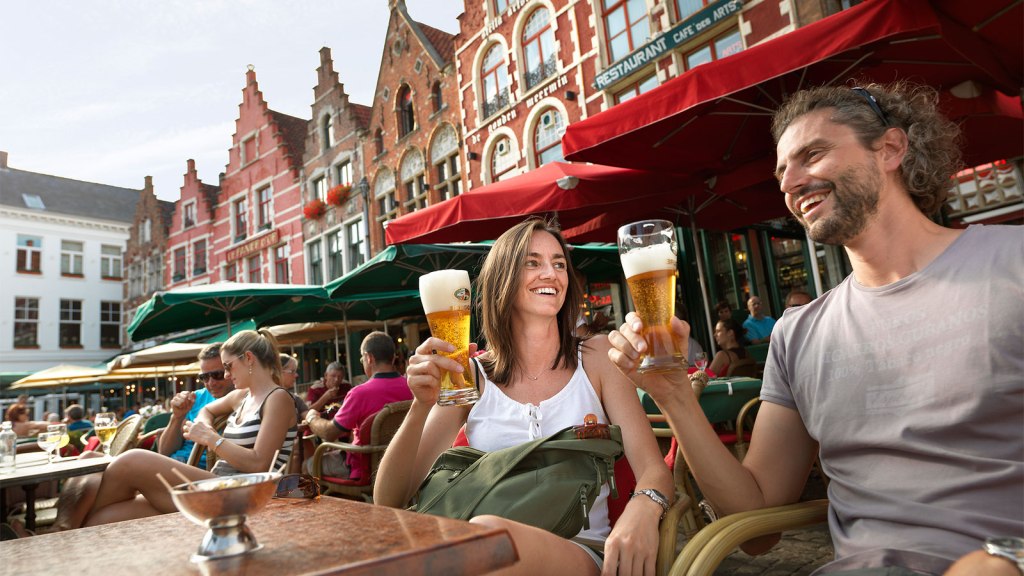 A new pipeline project planned for the Belgian city of Bruges has locals all in an uproar. The risky plan would deliver beer from the De Halve Maan Brewery across town to the company’s bottling plant. Supporters point out that the pipeline could cut truck traffic through the city, and claim that the social lubricant is vital to modern Belgian society. Without it, they say, the country’s thriving beard and mustache growing industry would come to a screeching halt.

Protestors, meanwhile, fear a pipeline failure could inundate previously sober areas with the delicious and joy-producing malted beverage. Or they would, we imagine, if there were any. This is Bruges. Just ask the mayor or sit in on a PTA meeting: There are no sober areas.

The two-mile underground pipeline will link the De Halve Maan brewery in the heart of the “Venice of the North” to an industrial park where the beer will be bottled and shipped to drinkers worldwide, company director Xavier Vanneste said.

“The idea is born of environmental and quality of life concerns, and not economic ones,” he said.

Once fully approved and constructed, the pipeline will keep 500 trucks out of the city’s cobblestoned alleys every year, about 85 percent of the town’s lorry traffic.

For bonus points, the pipeline, which will move 6,000 liters of beer per hour, will be built with the preservation of the historic area in mind. AFP reports that “to avoid harming the city’s gothic facades and medieval belfry, pipeline construction will use some of the latest technologies perfected for the transport of oil and gas.”

Beer has been brewed on the site of the De Halve Maan Brewery for nearly five centuries, with only one massive spill, but the impact on local wildlife was limited to a single bear getting very, very drunk. At the time of this writing it is still unknown who, if anyone, the bear drunkenly texted.