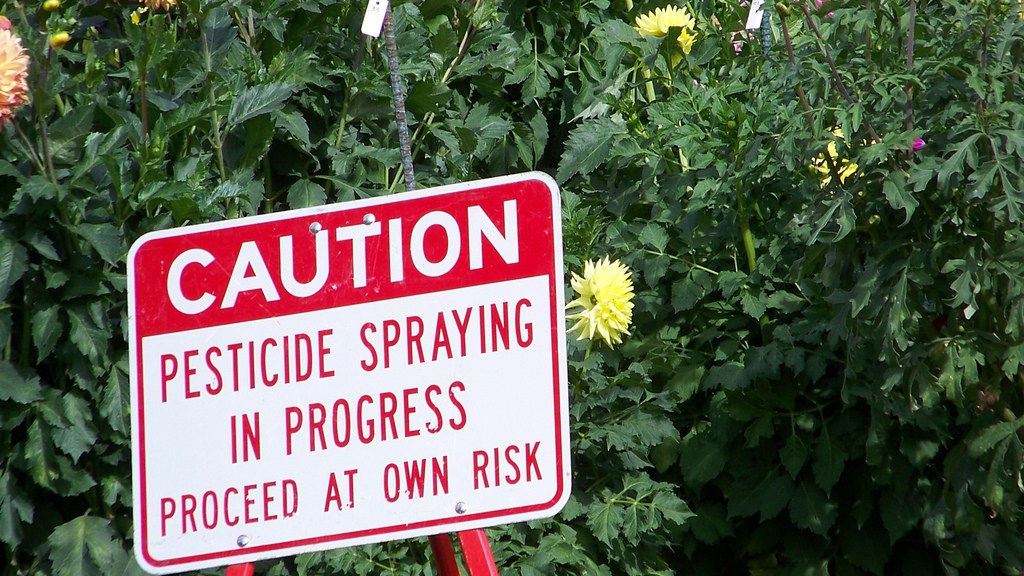 Braving high school every day is enough of a drag without having to worry about, like, pesticides — gross! California, in true Wild West form, doesn’t have any set rules for spraying near schools, so growers don’t have to notify local officials when they treat their crops. But amid growing studies citing the links between long-term pesticide exposure and increased risks of cancer, reproductive and developmental issues, concerned parents throughout the state are calling for change.

Tony Barboza from the Los Angeles Times has the story:

Jeff Elliott’s twin daughters, in 11th grade, are on the school’s track and cross-country teams, and they practice alongside neat rows of squat, green plants. But he worries that the chemicals that help protect the fruit might be hurting his girls. Elliott said his daughters told him at least twice that they sprinted through foul-smelling fumigation operations during runs near the campus.

“They’re looking at workers in the fields with masks on, but they’re just running right through it,” Elliott said.

After a flurry of concern in recent months from parents such as Elliott, school administrators and local leaders, California regulators are developing the first statewide restrictions on pesticide use near schools. The move has reignited a debate about how to protect children from potentially dangerous chemicals used to grow strawberries, almonds, lettuce and other crops in the nation’s top agricultural-producing state.

By the end of 2015, the Department of Pesticide Regulation plans to propose new rules that could require growers to implement buffer zones, notify parents and school administrators of nearby pesticide use or limit their use of certain application methods.

Pesticide use near school zones isn’t just an isolated health risk — it’s been an ongoing environmental justice issue across California. Over half a million kids in the state go to school within a quarter mile of substantial pesticide use, and Latino children are more than 90 percent more likely than white children to attend schools where pesticide use is highest.

As Brentin Mock wrote for Grist last year: “When looking at segregation today through the lens of environmental justice, we see that racism is still inherent … Until we find those solutions, the impacts of segregation will not only affect the hearts and minds of students, but also — to amend the Brown v. Board ruling — the lungs, wombs, and lives of Latinos in ways that will be tough to undo.” Taking steps to finally curb pesticide exposure at schools is a start!