Can you find big love in a tiny house? 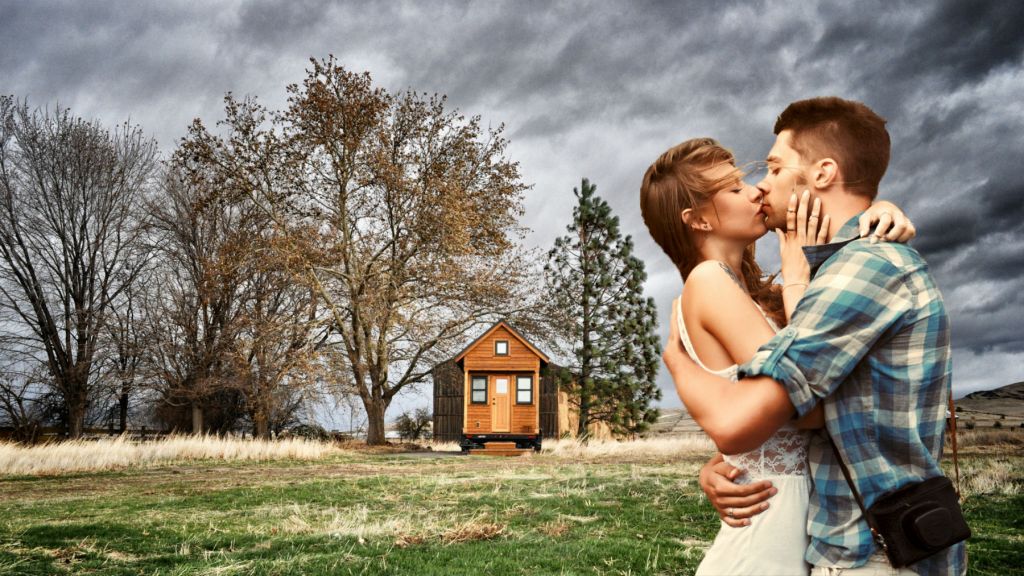 Can you find big love in a tiny house?

With a booming population and a blistering real estate market, Seattle, like many American cities, is in the midst of a serious housing crisis. There are many terrible consequences to this: increased homelessness, for one, as well as rapid gentrification that threatens to tear apart neighborhoods, and minority and impoverished populations that are being pushed out of the city entirely. But there’s another problem, one that, personally, I don’t think gets nearly enough attention. Ready? My house is too damn small, and it’s hard on my dating life.

While I often refer to my home as a “tiny house” because it makes my living situation seem like a conscious choice and not a consequence of Seattle’s insane housing market, I actually live in a studio apartment. But at less than 300 square feet, my home in Seattle is roughly the size of a dumpster, which gives me more in common with the tiny house life than most Americans.

Like dwellers of actual tiny houses, I sleep in a lofted bed, my bathroom doesn’t have a sink, and only one person can stand in the kitchen at a time. Even worse, I pay handsomely for the privilege of living in this shoebox. The diminutive size of my home affects my life in ways I didn’t anticipate before signing my lease. I can’t own anything, which admittedly makes my lifestyle extremely sustainable, but is also inconvenient. I only have enough room for a bed (that you have to climb a ladder to get into), a single plate, one bowl, one chair, and the clock radio that serves as my home entertainment system. While this could work for either a literal tiny person or a youngster, I am neither. At 32 years of age, I find myself in the ideal apartment for an 8-year-old.

But the biggest consequence of tiny living can be found in one’s romantic life.

Finding love is a lot harder to do when you bring someone home for the first time and they see that your apartment has the dimensions of a jail cell. Who wants to shack up with that guy? It takes a special level of tolerance (or desperation) to see the mini-fridge in an adult’s kitchen and think, “Yup, here’s the one for me.” My place is in an old building, but even in the hip new tiny homes that are taking some cities by storm (looking at you, Portland), it’s just hard to shack up if every time you fart the walls shake.

But luckily for the single-and-seeking tiny home dwellers out there, there is a new reality show in the works just for people like you: Tiny House Dating, which comes to us from the online dating network of the same name.

The show’s producers are currently recruiting folks who already live in tiny homes and want to be matched up with other tiny home dwellers. “You got the tiny house of your dreams. Now you want someone to share your life with,” says the promotional video over stock footage of immaculately constructed tiny homes complete with granite countertops and artisanal shower heads. “We want to help.”

By “help,” they mean hook you up with someone else who is crazy enough to live in a place the size of a hamster cage. “The concept for the show involves matchmaking two people who seem like they would be a good fit,” reads a recruitment letter, “and giving them an opportunity to live Tiny for a little while so they can measure compatibility and find out if there’s a real connection!”

Sounds … fun? Actually, it sounds terrible, but I do love the idea of a show that pits two strangers against each other in a house the size of picnic table and expects them to come out of it in love. Would I be on this show? Hell no. Would I watch it? Maybe, but I can’t fit a TV in my apartment, so I suppose I’ll never have the chance.

But even if I were interested in becoming a tiny house reality star, the truth is, I don’t need it. Remarkably, I found someone willing to put up with the fun-size lifestyle, and we live together quite well — even if we have to take turns standing in the kitchen. My living quarters may be cramped, but I’ve realized that a tiny home with someone to share it is better than a big home without. If there’s one thing more important that choosing the right house, I guess, it’s choosing the right mate.