Wonky Mr. Potato Head wants you to know it's not the shape that counts 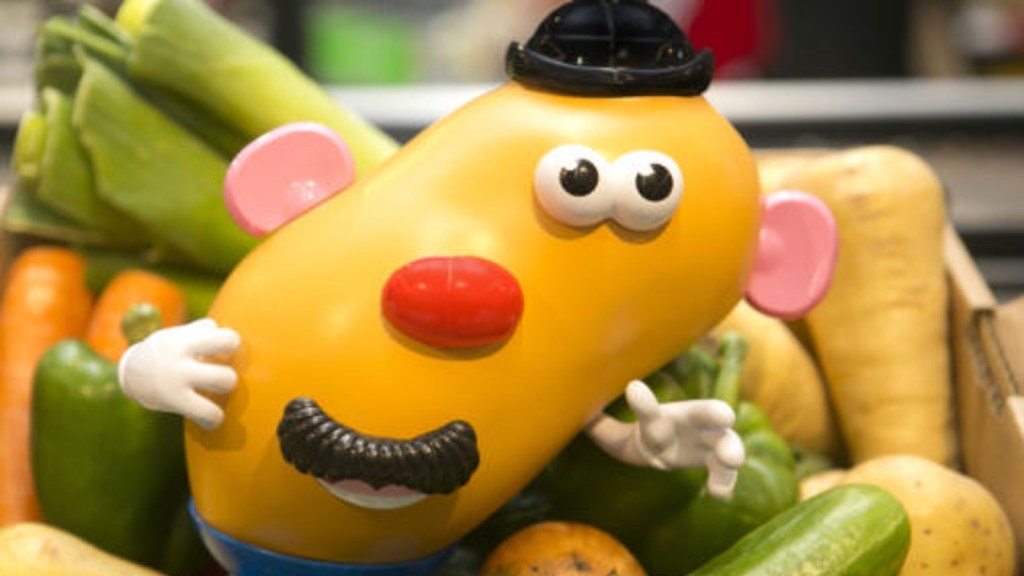 FareShare
what a spud

Wonky Mr. Potato Head wants you to know it’s not the shape that counts

“Fugly spud” isn’t the name a self-loving starch wants to be branded with. But Mr. Potato Head will damn well wear it proudly if it makes you stop throwing away ugly veggies.

The toy company Hasbro has partnered up with U.K.-based grocery store chain Asda to bring attention to food waste with the Wonky Mr. Potato Head. Profits from an auction for the limited-edition, dashingly asymmetric fellow will go to FareShare, a nonprofit that redistributes surplus foods, according to the charity’s website.

“It’s the taste, not the shape that counts, and the charities and community groups we support can turn them into delicious meals for people in need,” said Daniel Nicholls, Corporate Development Officer at FareShare, in a statement.

Food waste is undeniably a huge problem. About one-third of the world’s food supply is wasted every year even though 800 million people go undernourished.

Grist’s Nathanael Johnson breaks down our wasteful ways even more:

The United States spends $218 billion a year producing food that nobody eats — amounting to 40 percent of all food grown. We devote roughly 80 million acres to grow food just for the garbage bin — an area three-quarters the size of California.

That’s a lot of squandered food.

A novelty toy isn’t going to solve that problem single-plastic-handedly, but it’s at least a start on the path to less waste — and a victory for self-respecting veggies everywhere.