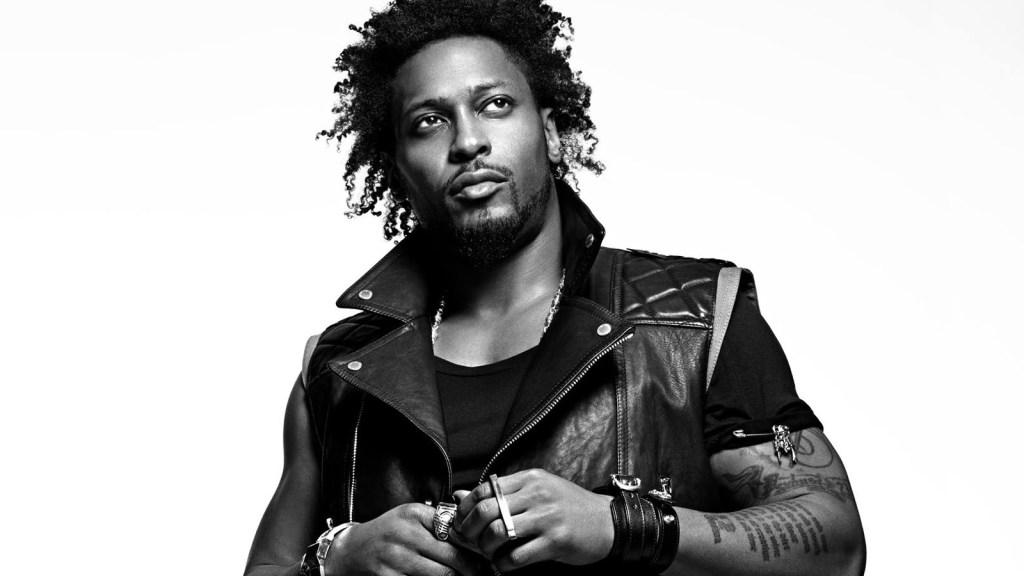 Unless you are a member of the Koch family empire, or someone who voted to keep the Koch family empire in power, 2014 sucked. That is, it sucked until this week, when America received a great dose of medicine for our melancholy: Black Messiah, the surprise album by musical genius D’Angelo that dropped early Monday morning after a 14-year disappearance from the musical world.

Black Messiah follows in a long tradition of soul albums that have caused listeners to pause from our daily musings to pay attention to the crumbling environment around us. I’m talking Sly and the Family Stone’s There’s a Riot Goin’ On and Curtis Mayfield’s There’s No Place Like America and Prince’s Sign O’ The Times. But there’s probably no closer kin to Black Messiah than Marvin Gaye’s 1971 album What’s Going On?, which directly tackled the environmental question in songs like “Mercy, Mercy Me (The Ecology)” and “Inner City Blues (Makes Me Wanna Holla).”

With Black Messiah, D’Angelo hollas right back at Gaye, particularly through his song “Till It’s Done (Tutu),” an alkaline groove where he asks in his philosophically waxed falsetto, “In a world where we all circle the fiery sun, with a need for love, what have we become?” We know it’s not just some abstract pondering when he names the instruments of destruction that are the products of our unbecoming behavior:

Carbon pollution is heating up the air
Do we really know? Do we even care?
Acid rain dripping on our trees and in our air
Are you there?
Clock ticking backwards on things we’ve already built
Sons and fathers die, soldiers, daughters killed
Question ain’t “do we have resources to rebuild?”
It’s do we have the will?”

There are listeners out there who will learn more about climate change from that one stanza than they will from an entire IPCC report.

The science geeks among us might take issue with D’Angelo’s acid rain reference, pointing out that this is no longer the problem it once was, thanks to market-based programs that have spurred polluters to curb the emissions that cause it. However, the problem has recently re-emerged, as seen in Canadian lakes where the water is turning into jelly, due in part to acidic deposits.

Scientists both political and oceanographic would agree with D’Angelo, though, that we’re able to deploy the kind of technology that could help protect families from climate-change fueled disasters, while economists say we have the resources to do it. But we lack the will. The consequence, sings D’Angelo, is our “destinies crippled and thrown about on the floor.”

D’Angelo is not the first to explore these kinds of questions in his music. Curtis Mayfield was doing the same thing in his song “Lil Child Running Wild,” from his 1972 soundtrack to the movie Superfly, where he sings, “Where is the mayor? Who’ll make all things fair? He lives outside, our polluted air.”

Living outside of polluted air is a luxury few African Americans get to enjoy today. In America, the wealth of white households is 13 times larger than the median wealth of black households, according to the latest data from the Pew Research Center. This means there are far more white families who can afford to live in places with cleaner air than black families, who are relegated to neighborhoods where “I can’t breathe” is less a slogan and more a way of life.

We know from Occupy, the People’s Climate March, and the Eric Garner/Michael Brown protests that young people are charged up and angry over these injustices. Yet, this hasn’t translated well in voter turnout, which is either a testament to millennials losing confidence in government, or evidence that they might be too distracted by the ratchetry filling our TVs and devices.

D’Angelo sings in “The Charade,” that we have “degradation so loud that you can’t hear the sound of our cries,” but “all the dreamers have gone to the side of the road, which we will lay on, inundated by media, virtual mind fucks in streams.” And yet he sounds hopeful and determined on “1000 Deaths,” where he declares “ain’t nothin’ gonna change my will; locked and loaded up, and I know the drill.”

Like Gaye’s What’s Going On?, Black Messiah is a collection of spiritual battle hymns. Both artists have been too painfully aware of the black and blue turmoil surrounding them to put out the usual pop music fare. The two artists have both also struggled with their own inner turmoil and blues. Before Gaye’s father shot him dead in 1984, he battled a cocaine addiction that by most accounts he was losing. In the 14 years since D’Angelo released his last album, Voodoo, he also wrestled with drug and alcohol addiction, which you can read about in detail in Amy Wallace’s 2012 profile of him in GQ.

Gaye and D’Angelo biographers have written that they turned to substance abuse to cope not only with the devouring nature of fame, but also the degrading social environments around them. And yet both produced deeply spiritual albums despite the demons seeking to envelop them. What’s Going On? had “Save the Children” and “God is Love.” For Black Messiah, it’s “The Prayer” and “Betray My Heart,” which are arguably the album’s most powerful offerings. In “Prayer,” D’Angelo sings “Lord, keep me away from temptation; Deliver us from evil, and all this confusion around me; Give me peace.”

It’s the same kind of prayer offered up by another musical genius, John Coltrane, in his classic album A Love Supreme. It was released in 1964, another era where black people had to take to the streets to expose the world to the racial bigotry that had been beating their souls silly. Coltrane’s music served as the spiritual soundtrack for these protests, much like Gaye’s and D’Angelo’s would later. And like his sonic successors, Coltrane had a weakness for drugs.

In 1957, Coltrane had what he called a “spiritual awakening” and went cold turkey to kick his heroin and alcohol habits. Fans thought his sobriety would affect his musical artistry, but not in the way you’d think. Many were concerned he would no longer be able to carve out new avant garde adventures with his saxophone like he did when riding those opiate waves. Rather than capitulating to the doubt, though, Coltrane came out of recovery making even better music, including his magnum opus A Love Supreme.

Drawing the arc from Love Supreme to What’s Going On? to Black Messiah you can see all three putting a mirror up to society, asking us whether we are as concerned about our own addictions and recoveries as we are about theirs. We may not be hooked on coke and heroin, but we’re hooked on the Koch brothers and hydrofracturing. Or, at least we’re hooked on the products that come from them: cheap electricity, cheap food, cheap fuel, and cheap goods. What will it take to wean us off? We have the resources, but do we have the will? We know the drill, and we know what drilling brings us: a changing, weirding, wilding climate. The ultimate question is if we will still have a prayer’s chance for survival if we continue down these paths.

The gospel, according to Coltrane, Gaye, and D’Angelo, is that doom isn’t necessarily imminent if we can refocus on that corny, hopey-changey thing we all know we need but are afraid to raise in critical, scientific discussions — that thing Grist staff writer David Roberts came back from his sabbatical singing about: love. That is, loving ourselves enough to will us away from the addictions that are crippling our destinies.

Coltrane summed this up brilliantly in the liner notes he penned for A Love Supreme:

Our appreciation and thanks to all people of good will and good works the world over, for in the bank of life is not good that investment which surely pays the highest and most cherished dividends.

May we never forget that in the sunshine of our lives, through the storm and after the rain — it is all with God — in all ways and forever.